Description of The Fifth Element

Film licenses have long been a way for companies to make a few quick quid by releasing products with a particular film's name bolted on, and this practice extends to the games industry. What games companies used to do, and still do to a lesser extent, was to do is find a big box office hit, preferably one with a few recognisable and generally memorable characters. Then they'd release a game loosely based upon the film, in the hope of cashing in on the movie's popularity. That said, not all films make good games - the point and click adventure 'Thelma and Louise Hit The Road' and the all-action shoot-em-up 'Forrest Gump: Knee Deep in the Stupid' both never saw the light of day. Not that any games companies shied away from release poor quality movie games, though - the people at Ocean were notorious for turning any film license they could their get their hands on and turning it into some poor quality platform game.

I'm happy to say that The Fifth Element, a new game from Kalisto, based upon the film of the same name, is not a hastily churned out effort, released just to cash in on the popularity of the movie. Not that it's particularly good, mind you, it's just that it's been over a year since the original movie was released, and I'd imagine quite a lot of people will have forgotten about the movie's existence. Now that's timing for you.

The Fifth Element received a bit of a bashing by some critics, although personally I thought it was pretty good, as long as you didn't expect anything particularly deep. The movie centred around the escapades of Korbin Dallas, an ex-marine taxi driver, and Leeloo, the supreme being, a girl who ran about wearing bandages strategically placed over certain areas of her body. Leeloo, being the supreme being and that, was the only person who could save the Earth from a malevolant force that threatens mankind every 5000 years. And unsurprisingly, the game follows pretty much the same plot. You play Korbin and Leeloo - Korbin on some levels, Leeloo on others - and you have to make your way through a series of locations from the film, collecting the four elements you need to stop the ultimate evil approaching Earth as you go, until you reach the final showdown and are able to activate the elements and repel the evil. So how do you go about this? Er, by jumping around and blowing things up - which is pretty much what happened in the film, so at least it's true to the movie in that respect.

The Fifth Element bears a certain resemblance to Tomb Raider and the more recent Duke Nukem: A Time To Kill. The game is viewed from a third person perspective, with the camera changing angles to follow the action - at least, that's the idea. In actual fact, the camera angle has a tendency to change at inopportune moments, sometimes making it hard for you to execute a jump or see an enemy, although thankfully there is a key that fixes the camera perspective behind your character, alleviating some of these problems. The Fifth Element is actually more like A Time to Kill than Tomb Raider, since it involves a lot of blasting and a smaller amount of platform hopping. At least it does if you're playing one of the twelve or so levels that feature Korbin, who is handy with a blaster and can use one of the four weapons in the game to blow the none-too-intelligent baddies that come your way throughout the course of the game, who are all similarly armed with blasters and machine guns.

Unfortunately, you're likely to spend more time blasting the walls than your opponents in this game, because there's no auto aiming system of any kind in the game. Tomb Raider had the benefit of Lara's ability to point her pistols in the direction of her opponents, but Korbin has no such ability, and the game features no crosshair option allowing you to see where your bullets are likely to land. So shooting becomes a largely hit and miss exercise, something that seriously detracts from the game. And there are in fact only four or so weapons for you to play with, far less than were featured in the similar but superior Heretic II and Time to Kill, which is a bit of a let down.

If you get bored with having to spray an entire room with gunfire before you can hit anything, then you can have a crack at playing as Leeloo - although to complete the game you need to finish all the Korben and Leeloo levels, so you can't finish the game by just playing as either Leeloo or Korben. Leeloo prefers hand-to-hand combat to gunplay and is able to dispose of the baddies scattered around The Fifth Element's levels by somersaulting around them and kicking their heads in with an assortment of punches and kicks. In theory, that is - in actual fact, you can run up to an enemy and just pump the various punch and kick buttons and see them off fairly easily. Leeloo's levels are more like Tomb Raider in terms of jumping-about-platforms-iness although it contains nowhere near the amount of platform hopping involved, and for the supreme being, she's somewhat less athletic than Lara, apparently able to hold onto the ceiling but unable to pull herself up over the side of ledges. And while we're on the subject of ceiling grabbing, I ran into a particularly annoying 'quirk' in the game when I was trying to get Leeloo out of the police station. On the previous level, where she was going into the station, I came across some platforms and some bars on the ceiling. Rather than use the platforms, I was able to leap up, grab the bars and swing across the abyss below the platforms - however, when I was coming back through the station, trying to escape before the area was sealed, Leeloo had apparently lost her ability to grab the bars and had to painstakingly hop across the platforms.

So then, blasting, kung-fu kicking, and the odd bit of jumping and ducking is the order of the day where The Fifth Element's concerned. Then, there must be a wide variety of well designed levels for you to make your way through. Well, not particularly. There are thirty or so levels, but only fifteen areas for you to explore - this is because once you've cleared an area as Korben, you then go through it again as Leeloo, dispatching the same enemies who are now bizarrely unarmed - a concession to Leeloo's lack of weapon skill but one which doesn't do much for the continuity of the game. And while the locations featured in the game are supposedly based on the ones in the film, they all seem rather flat and predictable. Aside from the odd level where you get to hop about on some ledges outdoors, the indoor levels are less three dimensional than Doom's, and the architecture is rather unspectacular. It's a little disappointing compared to the somewhat impressive, colourful and futuristic locations featured in the movie - the game's levels look drab by comparison, despite supposedly being the same locations. Even more strangely, teleports are used to connect areas that are supposedly in the same building, rather than stairs or lifts, making the levels feel rather disjointed.

So, put together a weapon-wielding taxi-driver, a high-kicking supreme being in bandages, a bit of blasting and leaping, some rather dim baddies who nevertheless can hit you with pinpoint accuracy from a mile off, an iffy camera perspective, and what have you got? A game that's rather average, that's what. Kalisto could have used the licence to produce a real stunner of a game - even one that arrived a year after the movie. Instead what they've produced is a rather standard Tomb Raider inspired shoot-em-up that doesn't really offer anything special. It's not particularly involving, and you're likely to find your interest waning pretty quickly. I hope this game doesn't signal a return to the bad old days of sub-standard movie licenses, because it's certainly not something you should bother with.

This works for me, here are my steps.
- Download the ISO
- Download the patch
- Mount game with your favorite Disk Emulator, I used "Alcohol Portable".
- Install the game..
- Go to the install folder for the game.
- Delete PC.EXE and replace with the patch
- Have fun :)

When i try to download the rip version, but my antivirus want off saying it was a high danger to my pc and stopped the download. scared my socks off !!!

@Jack Dude it didn't work... After I install the ISO file and copy the FIX file from the Game Extra from this site it is still error when I try to launch it it.

Works on Windows 10 with the fix.

Is there a Windows Manual for this game?

Share your gamer memories, help others to run the game or comment anything you'd like. If you have trouble to run The Fifth Element (Windows), read the abandonware guide first! 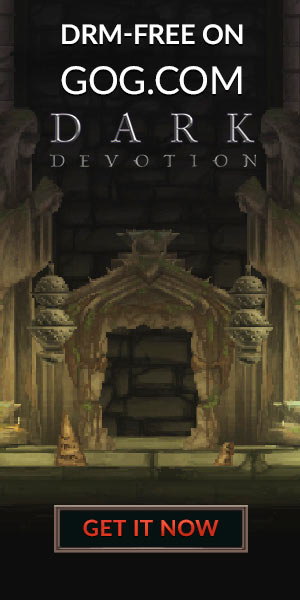