Description of The Phantom's Revenge

The Phantom's Revenge and Castle Elsinore are two early piece of IF that are of very little value except for its age .

The Phantom's Revenge is riddled with below-average writing, inane puzzles, and inflexible parser that understands only the most basic verb-noun sentences. The plot doesn't even make sense: the introduction tells of a prison that's rumored to hold treasures guarded by a ghost, and invites you to explore it-- yet in the very first scene you find yourself imprisoned in a cell without a clue of why or how.

The game would deserve complete anonymity if not for some logical puzzles that do require a modicum of thought. Don't expect this game to be more than what it is: an Infocom wannabe that falls far off the mark. Castle Elsinore is slightly better than its cousin due to a more coherent plot, but still bogged down with obscure puzzles. Underrated, maybe, but certainly not far from the bottom of the heap. 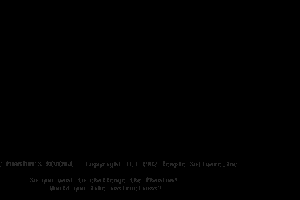 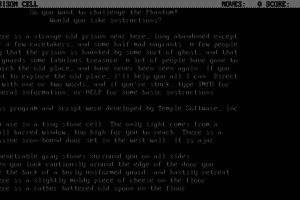 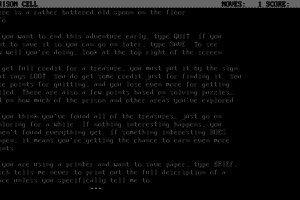 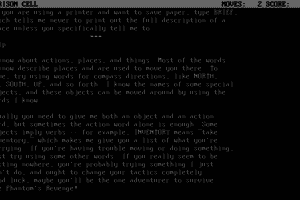 Steve, I don't know if you have found this since, but there is a map in the solution archive (CASA) which deals with 8 bit 80's adventures.

I've had this game for years (in fact, it's the very first IF game I ever had, got it with the first PC I bought) and periodically come back to play, but I have never been able to finish it. Does anyone have a walkthrough? There is none on the internet that I have found.
I know it's a stupid game, but I am obsessed with finishing it, even if it means getting help. :)

Share your gamer memories, help others to run the game or comment anything you'd like. If you have trouble to run The Phantom's Revenge, read the abandonware guide first!