Description of The Wizard's Castle

A very primitive early text-only RPG, The Wizard's Castle is another release by IPCO, the world's first publication for PC. From MobyGames' description:

...A long time ago, the great wizard Zot forged an orb of power. He soon vanished, leaving behind a vast castle filled with monsters, traps, and great treasures including the orb of power. You play the part of a bold adventurer in search of the orb of power and whatever other treasures you can make it out of the castle with.

Gameplay is similar to a text adventure game. Simple commands are used to move from room to room, consult a map, or look around. Many times though you need only choose from a several options for the current situation, such as during battles. There are vendors you can trade with, mystical pools which can give or take away power, warps to far parts of the castle, numerous monsters to fight and assorted treasures to find. The Wizard's Castle was originally written for the Exidy Sorcerer and later ported to the IBM PC.

As far as 1981 games go, this BASIC game is not that bad. But unfortunately compared to the marvel that was Infocom's contemporaneous Zork, The Wizard's Castle pales by comparison. Worth a look for text adventure enthusiasts, but only as a historical curiosity that doesn't stand the test of time so well. 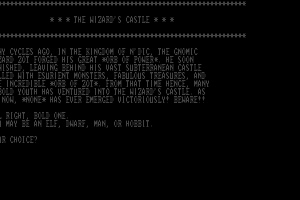 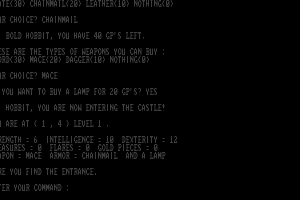 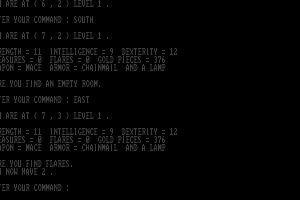 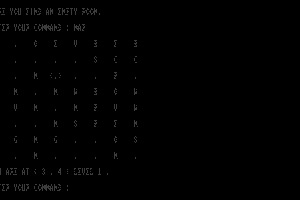 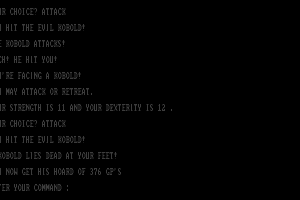 @AW : looks like the WIZARD.BAS code only makes two calls to RND() so this version doesn't appear very random. There's another version of this game called The Temple of Loth that also runs in GW-BASIC with more RND() calls and also seeds the random number generator at the start of the program. Or you can try that C version posted by The Amiganaut.

What are the differences between the alternative versions?

I'm playing this game with my son to show him what text based games used to be like, I first played this game back in about 1990. However none of the three versions above are randomizing the castle properly - when I start them, the rooms always have the same configuration. Does anyone know how to get it to randomize properly?

Didn't think that text games are that fun!

I had an alternate version of this game that was an enhanced version by Verne R. Walrafen in 1984. I have completely rewritten it in C and have source code and binaries here :
https://github.com/lesliesbird/WizardsCastle
It will run on just about anything, I have even tested it on Android!

Awesome text game with a good sense of humour!

Because the source for this game was freely distributed so coders could port it to other platforms - Commodore's PET, TRS-80, TI-99/4A, Atari 800, Apple ][ -- *and* Apple ]I[, believe it or not! -- and a couple of the UK lines - when BBS' started hosting download sections, modified versions of this could be found along with the "stock versions". The best ones added new character classes, different treasures, new combat options, and better monsters. And because the code was there to be modded, it was also there to be tweaked so that monsters could be renamed after various people in a particular BBS community.

One infamous version bitchslapped a group of pre-teen wannabee hackers - all less than 10 years old, and led by a =blind= kid whose father worked for IBM and mother spoiled him rotten - and because all of these punks had pissed off every sysop in the area, this version wound up on the file sections over over two *hundred* BBS' in the first week it was first put up for download. Even a few of the major multi-line pay systems carried it, and even AOL had a compiled version with the same mods - including most of the hacker punks' real names and their home phone numbers! - in their DOS games section for several years.

This one appears to be the stock version, but hopefully *someone* out there has an unrusted 5.25" floppy with at least one of the modded versions sitting in a floppy box, and will donate it here so the good times can be relived again. If not, give a copy to your kid(s) and let them tinker with it. It's a great way to learn BASIC and how to sort through clunky code without the benefit of comment blocks :) :)

Share your gamer memories, help others to run the game or comment anything you'd like. If you have trouble to run The Wizard's Castle, read the abandonware guide first! 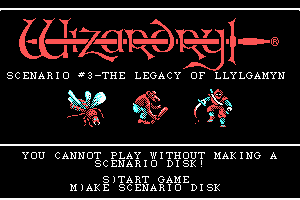 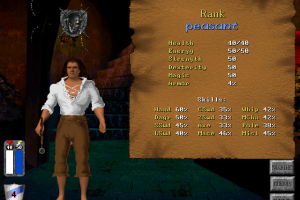