Tunnels and Trolls is a cut above most high-profile RPGs because it shines in two of the most important elements of RPG: plot and writing.

From the first dozens of introductory screens that outline the backstory onward, the writing captures the true medieval-fantasy spirit. The well-developed storyline and side quests make up for the cumbersome interface and extremely frustrating combat where you can't kill certain monsters. Casual gamers need not apply, but die-hard RPGers will likely have a lot of fun with this classic.

Best of all, the developers are still selling and supporting the game more than a decade after its release, so go buy it today :) 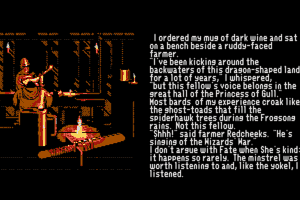 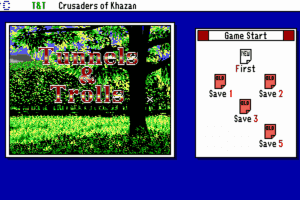 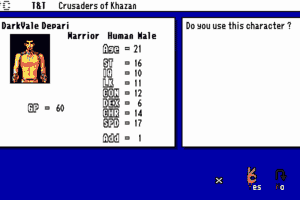 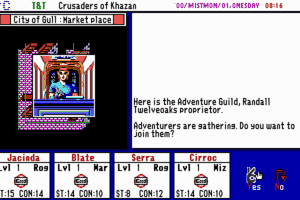 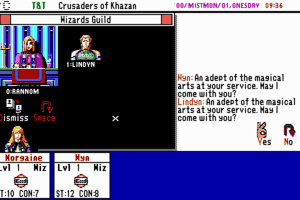 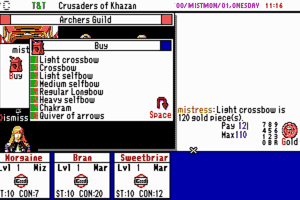 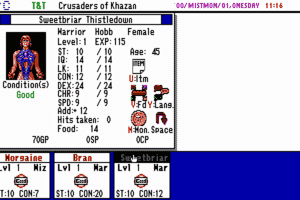 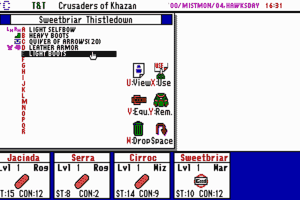 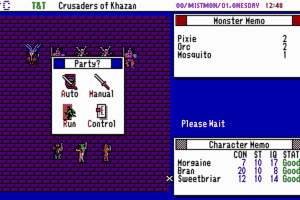 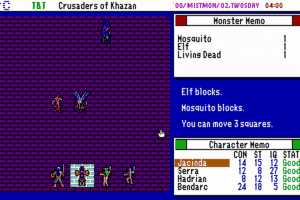 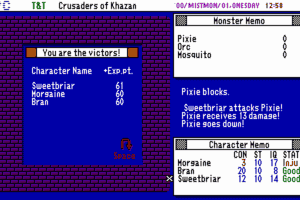 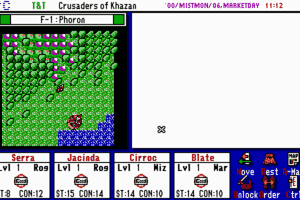 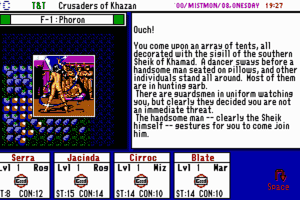 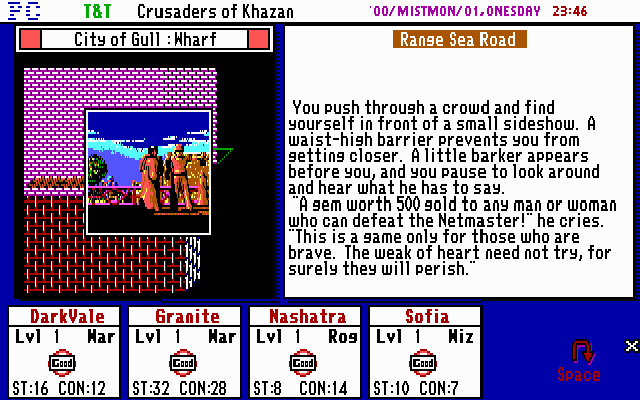 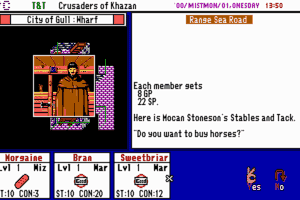 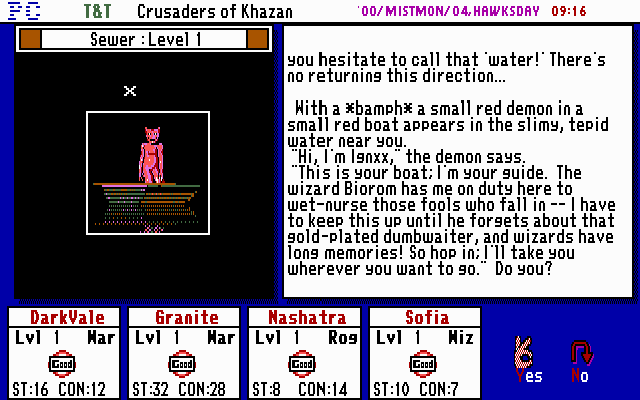 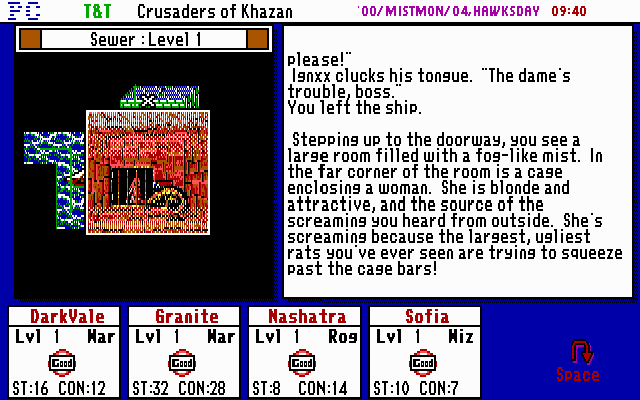 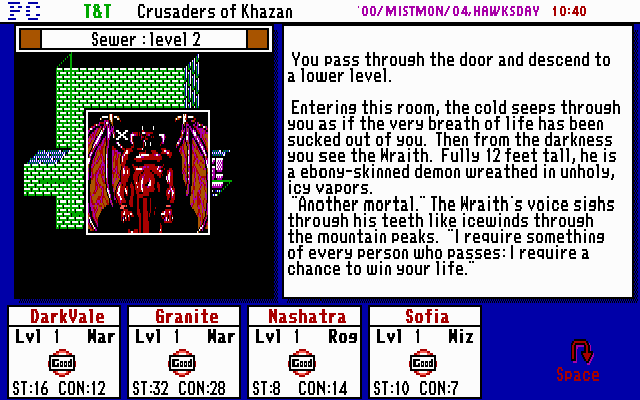 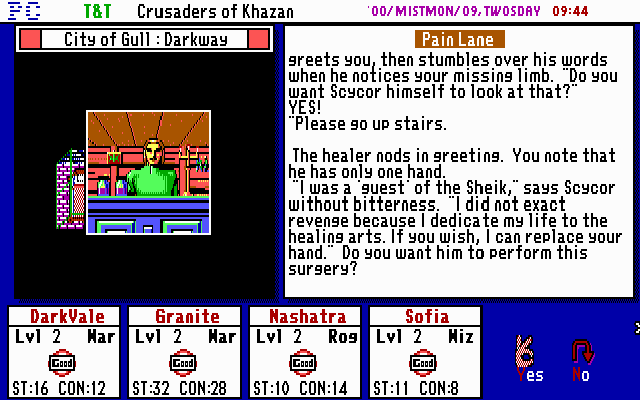 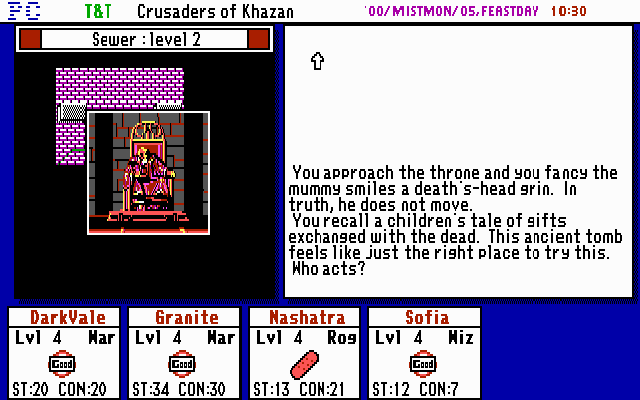 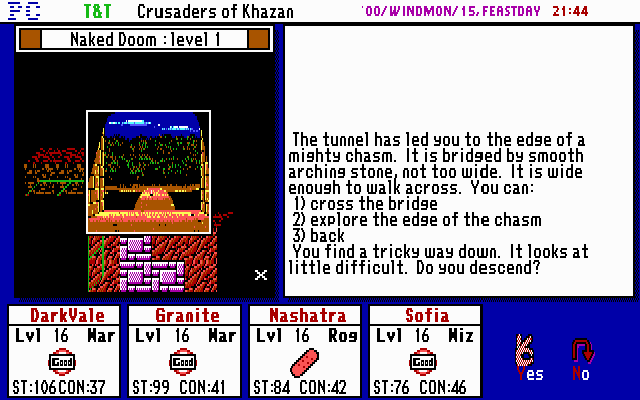 to play you either need the manual or you can enter the wrong password twice, drop out to the command line and type tntcrack
this will bypass need for manual

Looks great so far. Make sure to download the manual because the game uses it for copy protection. I used DOSBOX to run it and though I haven't played it much yet, between the storyline intro in the game and the manual, it's been a great time so far. Happy 2018!

Spent a lot of time playing this, and the only thing is, I couldn't get past this one spot, can't really remember where,.... think it was a pit or something. anyways, loved it.

i swear i must have clocked up thousands of hours playing this when i was younger. i remember the easiest way to level up was to just keep walking around the wine cellar in castle overkill and let the alcohol fumes level up your PCs.

used to love playing when i was 12. didnt know any better lol

The problem with this game is that it doesn't quite capture the feel of real T&T. It's missing almost all of the adult themes - something that set it apart from Gygax's holier-than-thou D&D gameplay - and it just can't capture the fun of building up a character so that in order to make saving or stat rolls, you need a 44oz Slurpee cup full of cheap D6s to dump on the table. Still, the game plays well, earning the same accolade that Wizardry did when it first came out: A very good computer version of bad D&D.

Where do you find the manual?

TnT is hands down the best computer rpg game I have ever played. Its quality is due to the amazing writing. It's hard for me to even think of giving something a grade higher than Ultima, but in this case, it's deserved.

Share your gamer memories, help others to run the game or comment anything you'd like. If you have trouble to run Tunnels & Trolls: Crusaders of Khazan, read the abandonware guide first! 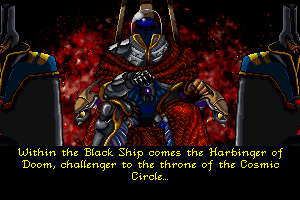