Description of Vigilance on Talos V

One of the rarest shareware games ever made, Vigilance on Talos V is a decent 2D side-scrolling platformer made by PolyEx Software, who had better luck with the OS/2 version of this game.

You play Killian Jaraad, a space mercenary who is searching for his 5 year old daughter, Colesce, who has been kidnapped by the evil Xenos. Your quest takes you to the star system Talos V, in which you must investigate 3 military bases in an attempt to find your daughter and vanquish Drektor, the Xenos' leader in the process. Vigilance on Talos V plays similar to Headline Harry and Zombie Wars, two relatively popular shareware platformers, although it is less creative and fun than either game - mostly because of the plain level designs and cliched weapons. Naturally, you will be able to pick up new weapons and ammo along the way, and a nice touch is that you can talk to friendly aliens who offer advice on where to go and what to do. On the plus side, the aliens in this game are quite tough, the graphics are nicely drawn and full of background details, and the game features a full suite of music, sound effects, and voice acting.

All in all, Vigilance on Talos V is an above-average platformer that was a bit too pricey - $39.95 for a shareware title. Action fans who liked Halloween Harry and are looking for something more challenging will find it a nice diversion, but the rest of us would do better to replay classics like Blackthorne and Earthworm Jim series. Thanks to Jorpho, we have gotten permission from John Pollard, the designer of this game, to host the game on this website. Thank you, Jorpho and Mr. Pollard :) 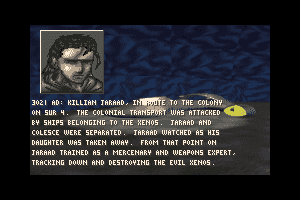 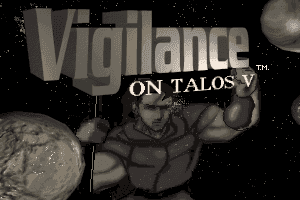 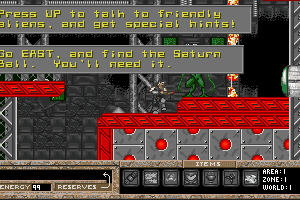 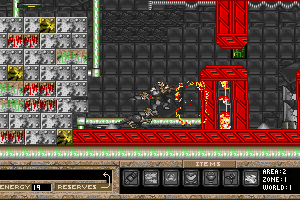 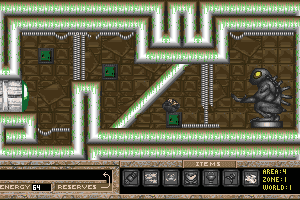 Every time I changed the sound of the game and then saved, I get told there was an error saving the setup file. Is there any way to fix this? On Windows 10, by the way.

It works. It needs to run from C:\TALOSV. Run the setup program first to set the sound device.

Playable (and downloadable) on classicgames.me

This game doesn't run for me, it says it couldn't load the wav files.

Share your gamer memories, help others to run the game or comment anything you'd like. If you have trouble to run Vigilance on Talos V, read the abandonware guide first!