The plot picks up where the first game left off: the gang of aliens who call themselves the Non Human Alliance (NHA) has kidnapped one of Earths greatest scientific minds and forced him to create a more powerful Zombie transformation machine. It's up to you, the Duke Nukem-lookalike Halloween Harry, to save the world again. This time, you can choose to play as Diane, Harry?s pretty (and no Lara lookalike) sidekick in this 2D side-scrolling romp.

Every good shooter needs plenty of action, tons of gunfire and a good helping of blood-thirsty zombies just waiting to be torn apart by your blaster, and this is exactly what Zombie Wars delivers, in colorful, cartoon style similar to Japanese anime. You are armed with an impressive array of weapons, including Alien Seeking Missiles, Micro-Nukes, Thermal Grenades and the ever trusty Photon Cannon.

The levels are well-designed and diverse: you will race through zombie infested parks, slime soaked sewers, booby trapped beaches, monster ridden office blocks, robot controlled factories, and eventually alien plagued ships. Each level has its own theme and plenty of animated background graphics (planes that fly off behind you, for example) to make them feel truly alive, a far cry from static background of most platformers. The visuals are striking, with a bold and colorful anime feel to everything. Cool looking zombies of all shapes and sizes can be found everywhere across the huge levels (which are, of course, complete with the requisite number of secret areas and hidden bonuses). One very cool touch is the fact that after you destroy a zombie, their flaming skulls continue to bounce around while you shoot at them.

Fast, furious and a hell of a lot of fun - this is what great "brain off, autofire on" gameplay is all about. Highly recommended, especially to anyone who likes Halloween Harry. 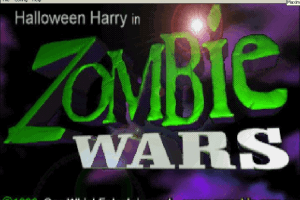 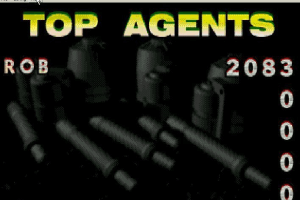 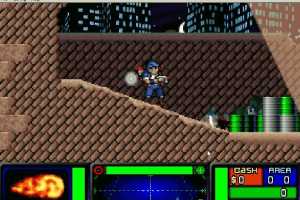 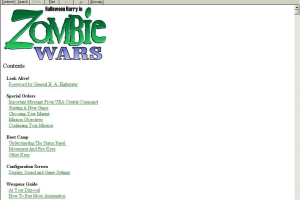 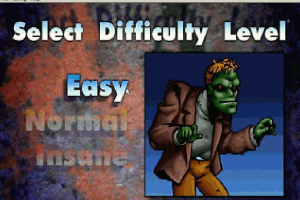 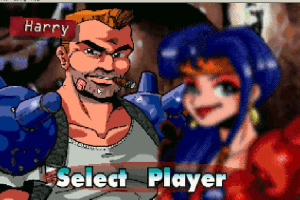 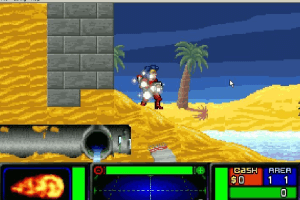 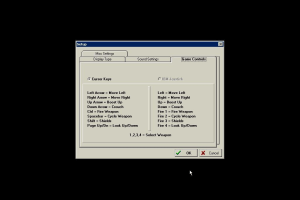 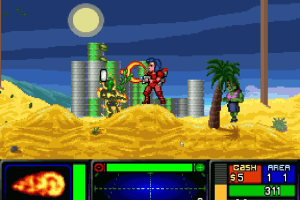 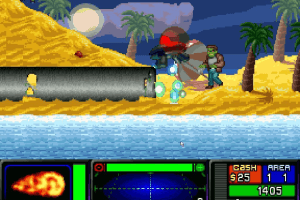 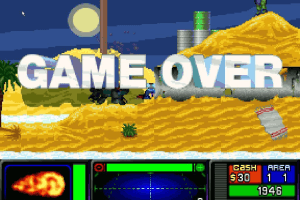 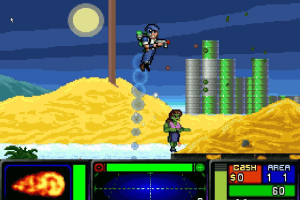 Share your gamer memories, help others to run the game or comment anything you'd like. If you have trouble to run Zombie Wars (Windows), read the abandonware guide first! 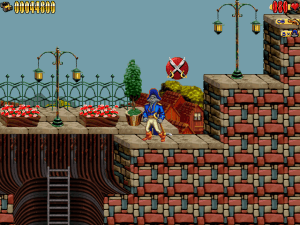 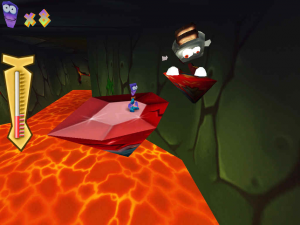 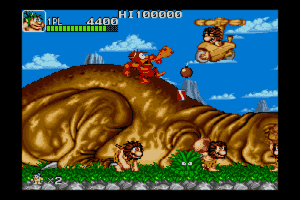 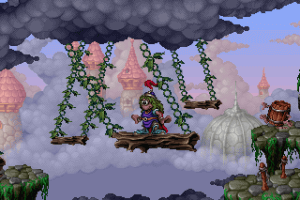