Zork: The Undiscovered Underground is a fun Zork game designed by ex-Infocom designers Michael Berlyn and Marc Blank, released as freeware to promote the release of Zork: Grand Inquisitor.

The game is set in the same period as Activision's game; you are a Private in the Inquisition Guard, assigned by the Grand Inquisitor to explore a recently uncovered area of the ancient Great Underground Empire. No sooner had you entered the cave than the entrance collapsed immediately behind you. It seems that you will not only have to explore the mysterious empire, but also find your way out alive.

Although it has been over a decade since Berlyn and Blank's last Infocom games, the designers clearly have not lost touch with the zany humor that made Zork so compelling. In every way, ZTUU is good enough to be an Infocom game, although hardly their best works. The writing is excellent - on par with earlier Zork games in terms of humor and atmosphere.

As a whole, the puzzles are easier than Zork Zero but more challenging than, say, Beyond Zork. There is even a neat form of in-game hint system to help if you get stuck. The game is shorter than an average Infocom game, but that is by design due to its status as a promotional title.

Despite some pretty far-fetched off-the-wall humor and obscure clues to a few puzzles, ZTUU is a welcome addition to Infocom's Zorkian legend, and one that will delight long-time fans. Recommended! 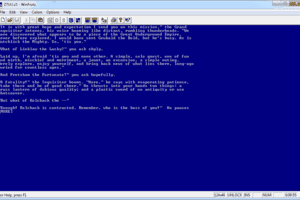 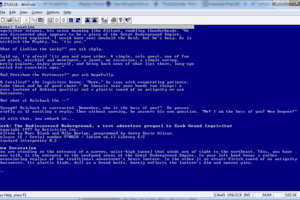 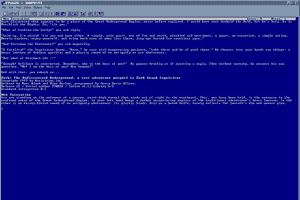 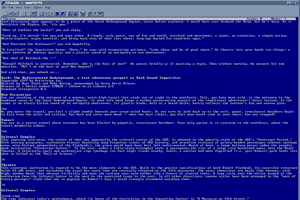 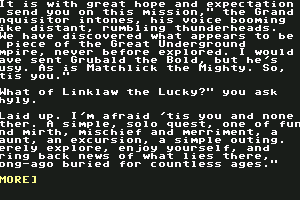 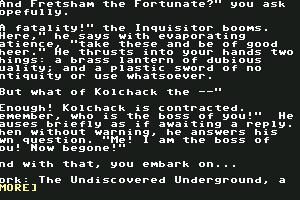 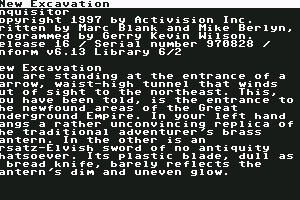 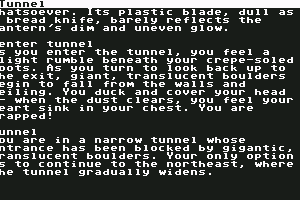 Share your gamer memories, help others to run the game or comment anything you'd like. If you have trouble to run Zork: The Undiscovered Underground (Windows), read the abandonware guide first! 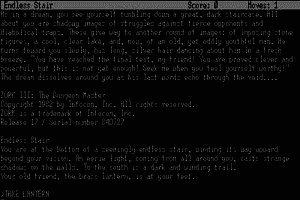 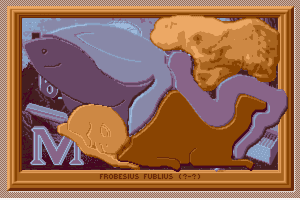 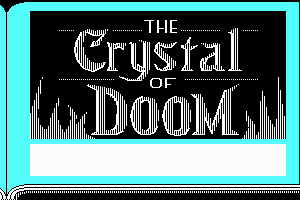