Description of Ark of Time

Ark of Time is a fun time-travel adventure game from Trecision.

You play Richard Kendal, a journalist sent to investigate the mysterious disappearance of a cultural expedition team led by a nutty professor who went deep underwater in the Atlantic Ocean to find the mythical city of Atlantis. Starting in the Caribbean, the quest will take you to far-flung corners of the globe as you uncover more clues about the missing team - and the myth of Atlantis itself. The game uses the standard point-and-click interface that are common in adventure games post-1995. The left mouse button looks at things and the right button interacts with them. Ark of Time is a traditional adventure (as opposed to a Myst-style game): most of your time will be spent picking up things that are not nailed down, and figuring out where and how to use them. The graphics are a bit disjointed: you will often find cartoony 3D characters superimposed on realistic-style 2D backdrops. But once you get used to this curious (and I would say quite haphazard) style, it doesn't get in the way of gameplay. Speaking of gameplay, the puzzles in Ark of Time are all very logical and quite fun to solve. A number of puzzles are quite difficult compared to your average game, but there is no illogical puzzle that will make you scream "how could I ever think of that!" in frustration once you figure it out. There is no innovative puzzle that really stands out to the degree of Infocom's babelfish puzzle, but all puzzles are well-designed and fit well with the context of the game (although there are a little too many "get this guy out of the way so you can grab his stuff" kind of puzzle for my taste). Other important facets of the game are less than enjoyable. The plot chugs along at a decent pace, although the flat, uninteresting characters and a lot of cliches about Atlantis make the game much less fascinating than, say, LucasArts' classic game Indiana Jones and the Fate of Atlantis. The game also starts out very slowly - the plot only picks up speed after you solve the first dozen or so puzzles.

All in all, it is a better-than-average game, but Ark of Time really has nothing that makes it as good as contemporary releases like Adventuresoft's The Feeble Files. Recommended, but not a Top Dog. 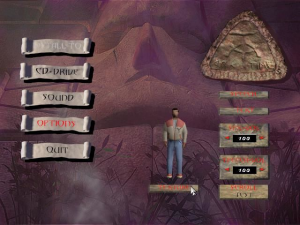 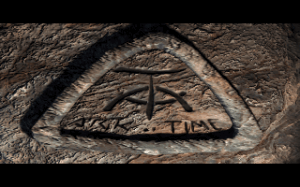 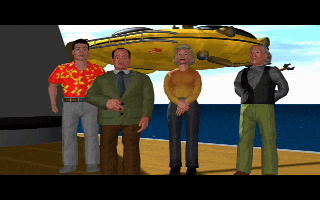 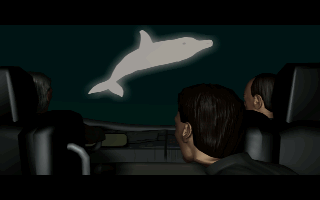 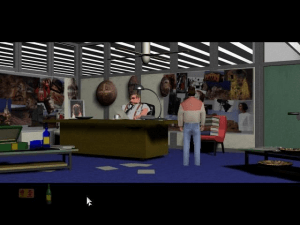 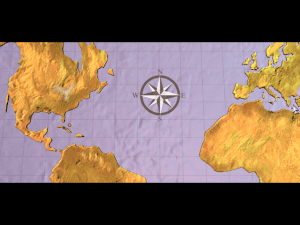 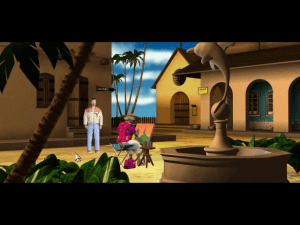 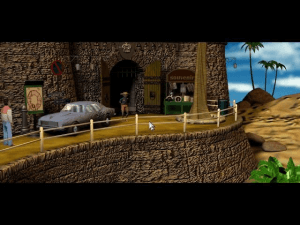 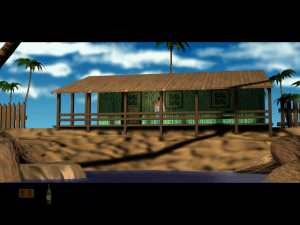 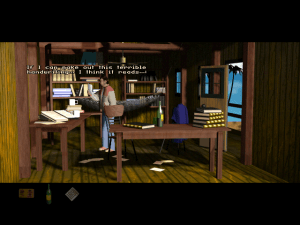 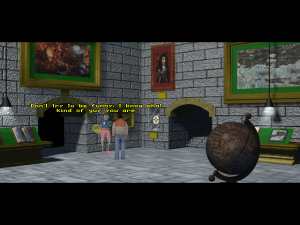 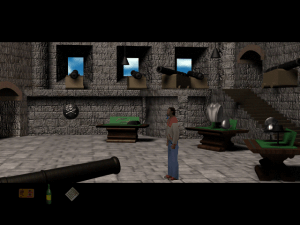 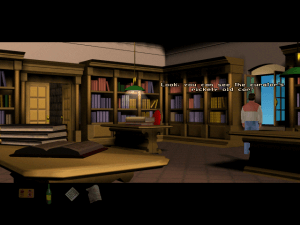 Share your gamer memories, help others to run the game or comment anything you'd like. If you have trouble to run Ark of Time, read the abandonware guide first! 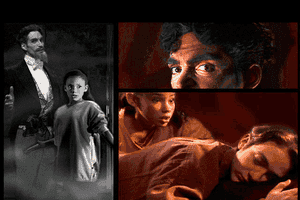 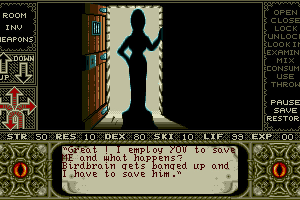