The star of the game is the plot, which is an ingenious combination of facts, myths, and pure fiction. Rosemary Young summarizes it well in her review of the game: “Black Dahlia takes its name and its inspiration both from the murder of [aspiring actress] Elizabeth Short (known as the Black Dahlia) in Los Angeles in 1947 and from the equally infamous Cleveland Torso Murders that were investigated by Eliot Ness and ceased just prior to the Second World War. Of course, both cases remain unsolved and it has been speculated that they may have been perpetrated by the same killer.

Black Dahlia builds on this speculation and weaves in notions of occult rituals based on Norse mythology and of Nazi involvement via a shadowy fifth column at work in the USA. Hence the story more or less spans the 1940's and in it you'll briefly run into Mr Ness as well as the unfortunate Elizabeth Short as you follow a murderous trail. You are cast as Jim Pearson, newly employed by the COI (Office of the Coordinator of Information), a covert organisation akin to the CIA just before the outbreak of World War II. Your first assignment is to investigate a 'crackpot' complaint about subversive activities, but very soon you'll learn about the mysterious dismissal of your predecessor and begin sniffing out a trail of clues that link your investigation with a string of grizzly murders and, ultimately, with a fiendish supernatural plot hatched by a sadistic megalomaniac.”

When you have the Cleveland Torso Murderer, the Nazi fascination with the occult, the history of the Teutonic Knights, the ancient death cults of the Norse god Wotan, and the Black Dahlia murder all in one story, you know the game is going to be something special. And special it is indeed. Take 2 Interactive has brought us eight full CD-ROM's worth of dark adventure and one of the best plots ever devised. Suspense, murder, madness, corruption, psychic warfare, World War II, human sacrifice--the plot of this game has as many facets as the ancient gem which is the center of all the action.

The puzzles are more similar to Myst than traditional point-and-click games: there are many stand-alone puzzles to figure out, although a few inventory-based puzzles are present. And the puzzles are tough-- if you consider yourself expert at these games, you’re in for a long, gruelling challenge. There are over 60 hours worth of playing time here (I spent closer to 80 hours to finish it), including some of the most brutal and frustrating spatial-relations puzzles I've ever seen. The problems to be solved come thick and fast, and the real joy of the game is that almost all of them are well-integrated into the plot, as opposed to the puzzles-for-sake-of-puzzles feel of Ripper, Take 2’s earlier murder mystery. There are endless secret doors, encoded messages, locked boxes, and vaults. The plot gets more and more interesting as you progress, and the quality of acting is much better than your average full-motion video games.

Overall, Black Dahlia is without a doubt the best adventure game from Take 2 before they abandoned the genre. Building on strong bases of earlier releases (BloodNet, Bureau 13, Hell: A Cyberpunk Thriller), the Take 2 team has finally pulled off a great murder mystery that will capture everyone’s attention to the end. One word of advice, though: have the walkthrough handy beside you, because chances are you WILL get stuck and frustrated at some very obscure puzzles. Just look at a hint or two to move on—the story is well worth cheating for [EG].

Highly recommended, especially for fans of murder mystery games. And be sure to visit related links below for further information on the fascinating unsolved murder of the Black Dahlia, as well as the novel of the same name by James Ellroy – my most favorite crime writer ever :) 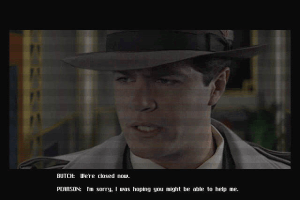 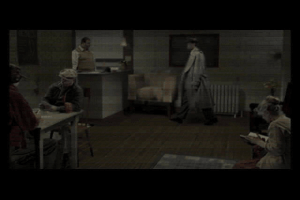 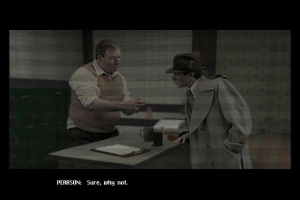 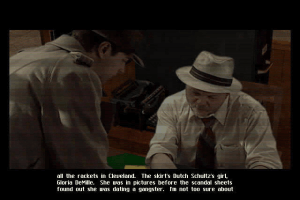 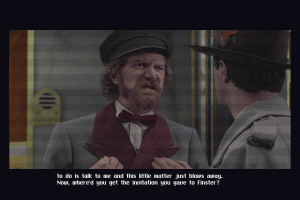 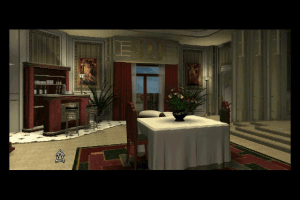 Daemon Tools Ultra open and Install all corrupted files! But this is in French ... omg ... and game craches! fix please!!! I need Portuguese version...

Image dish’s were corrupt. All of them!

@CLASSIC CHAMPION Where did you read this is a "brazilian game"? nonsense!

8 CDs and I did not get it to work. Another version I found, with Windows 95 Emulator, works fine.

Wait-this is a Brazilian game and it installs in French? That's weird.
Because people in Brazil speak Portuguese, not French!

game crashes
Each time I am getting the very same error:
SetEntries generic failure.
And game installs in French.
Can you please advise.

Share your gamer memories, help others to run the game or comment anything you'd like. If you have trouble to run Black Dahlia (Windows), read the abandonware guide first! 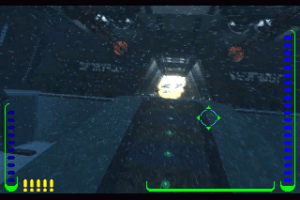 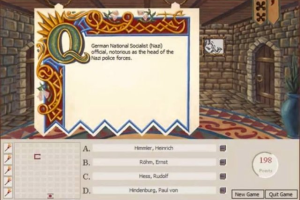