Game publishers must be under the impression that if a title is successful on a console, then it must be a sure-fire hit on the PC. Die Hard Trilogy 2 hopes to feed off the success of the PlayStation game of the same name. Anyone who had the pleasure of playing the first Die Hard Trilogy on the PlayStation will know what a wonderful arcade action game it was. So it was logical that Fox Interactive brought out a sequel. One question that remained was: why they didn't base the sequel on any of the films?

Die Hard Trilogy took the most exciting parts of the films and put them into arcade form. The shootouts in Die Hard 2's airport became a lightgun-based shooter; the taxi cab race across New York in the third film was turned into a Chase HQ-style ram 'em up; and the tension of the first film was recaptured in a third-person shooter in the Nakatomi building.

Fox Interactive and developers N Space have attempted to bring back the flair of the original game with all the same style games, but with new scenarios. The story goes that one-day John McClane, lying in bed (probably in a vest), is called to a mass prison breakout. You must put a halt to these shenanigans. It seems strange that McClane, the blue-collar cop, the master of being in the wrong place at the wrong time, should be the all-out action hero who goes looking for adventure. Of course, the breakout is the beginning of something much bigger.

The game allows you to play through either a story mode, arcade mode, or practice to your hearts content. We'll go through the games as they appear in the story mode. First up, the third-person antics.

You've got your gun, you've got a location, what do you do next? You have to travel to a designated area while shooting those who would oppose you. So, off you go and, as in most third-person games, the direct route is never available. Hunting around for levers to pull is the tuxedo-wearing McClane - you heard me, tuxedo. The iconic vision of a man in a string vest has gone and now we have some Bond-a-like. This section is the weakest element of the game. It's too simple: go around, shoot people and press buttons until you get to where you need to go. Also, McClane floats along the ground and precision control is required to get close enough to press in-game buttons. The animation is flawed as well; stepping over body causes you to rise about six feet in the air.

Shooting things in the head antics

One of the better aspects of the PC conversion comes to light with the shooting game. Targets run on screen, you blow their brains out while keeping an eye out for extra weapons such as shotguns, rocket launchers and machine guns. The game's readiness to allow several controllers to be used is a plus; you can plug in a joypad and use it in the previous two games and then use the mouse for this level. This game is probably the most boring as it is simply like playing "click-on-the-baddie" and there is no challenge. The light-gun had appeal on the PlayStation, for which there are many and varied light-gun shooters; but on the PC why would you fork out for a peripheral you might only use one or twice in your gaming life? We couldn't get our makeshift, washing-up bottle and piece of wire light-gun to work so we can't really comment on how well DHT2 worked with it, although the instruction manual does say that the game supports the Act Labs series of guns. The graphics are presented well, although overuse of textures chops off a lot of speed, especially at higher resolutions. Sometimes, mainly during the explosions, the frame-rate nose-dives so much that a slow-motion effect takes over until the explosion has dispersed. Animation in this section is a lot better.

The racing section was the best feature of the original game, with its New York-based structures and classic arcade feel. Unfortunately, the game is a little weaker in this sequel. The original game had a Crazy Taxi feel to it, but this version plays like the terrible Interstate '82. The sprawling levels are too easy to get lost in, and when I played, I couldn't get the head-up display to work properly, so there was no map locator. This section is fairly simple with no great challenges at the start and things don't really get much harder when you drive around the city of Las Vegas in later levels. The handling is sloppy and it is far too easy.

The best feature of the game overall is the music, although I still wouldn't buy it. Fast action tunes from acts such as BT, Lil' Zane, Tony Touch and Black Rob are pretty cool stuff for a game. This is the only side of the whole package that is any good. This is a bit of a turn around as far as games go.

What the game lacks is any real challenge or stability. I couldn't get movies, the sound occasionally disappeared, and the game crashed on several occasions - on various computers. I can't understand why Fox would release a game that is so bad and so unstable. Of course, it goes back to the blinkered equation that PC + hit Console game = hit PC game. Fox Interactive and N space must do better! 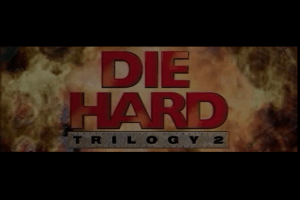 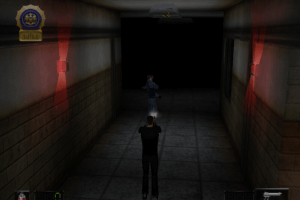 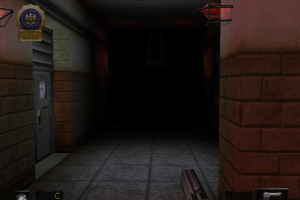 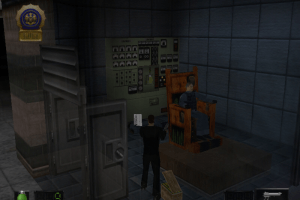 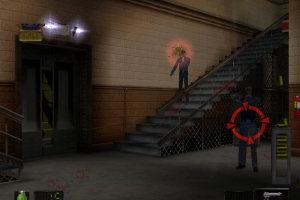 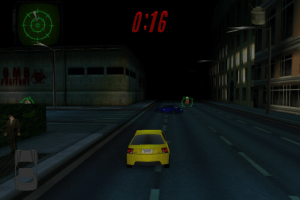 Share your gamer memories, help others to run the game or comment anything you'd like. If you have trouble to run Die Hard Trilogy 2: Viva Las Vegas (Windows), read the abandonware guide first! 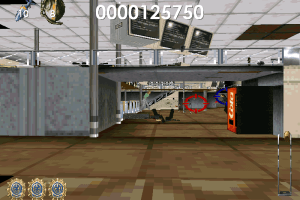 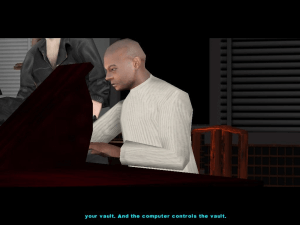 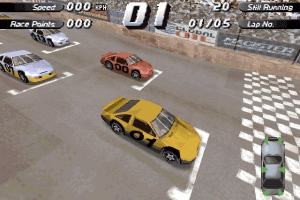