If you've never read an Anne McCaffrey DragonRiders of Pern book, chances are that you either a) hate fantasy literature, or b) have been living under a rock for the last 30 years. For the uninformed, the books are set on the world of Pern, where a select group of citizens ride fire-breathing dragons to shoot a parasitic extra-terrestrial invader known as 'Thread' from the skies. This mindless parasite arrives every 200 years thanks to the close passing of a red star, and destroys whatever it touches before dying itself.

Got it? Right, because there's more. The inhabitants of the planet are ex-colonists from Terra who were reduced to the Spartan non-technological lifestyle by the first incursion of the airborne invader. They genetically modified Pern's native 'fire lizards', creating the fire breathing dragons, saving the day and creating the 'Weyrs' in which the DragonRiders live.

Okay, so with the basic background out of the way, the more important question arises: why should you care? Well, the DragonRiders books now span a massive 19 volumes, with more on the way, and McCaffrey herself has been acknowledged as one of the most prolific and high-quality fantasy/science fiction authors of all time. Previous efforts at titles based on the franchise have been horrific, so the pressure is on for Ubi Studios UK to deliver something to appease the fans without vilifying those who might be unfamiliar with the world.

It's all about atmosphere...

The most apparent facet of DragonRiders is that the world of Pern has been captured with breathtaking detail. It'll only matter to fans of the books, but given that they're the target market, that's hardly a concern. DragonRiders is utterly painstaking in its recreation. From the very start there isn't a shadow of a doubt that you're within the fabric of McCaffrey's world, from the environment to the characters, you'll soon feel at home.

Your hero is D'kor, a fledgling dragonrider living in Fort Weyr - the largest collection of dragonriders on Pern. The Weyrwoman, or female leader of the Weyr, has just died and your wing of dragons has been appointed to find a successor by visiting the various holds and forts over Pern. As D'kor travels over the land, he gets caught up in a web of deceit and intrigue as a plague spreads across the land, and it's up to you to find a cure!

If you're expecting fast-paced action, stop right here, because as with the books, DragonRiderstakes its own time. It's standard adventure-game fare, as you explore new areas, talk to the inhabitants and locals, and uncover the storyline, however, there's a hefty slice of role-playing style character building in there too. As D'kor completes his tasks, he gains in one of three attributes -- strength, knowledge and reputation -- which unlock his ability to progress with the story. For example, certain characters will only give him required information if he's of good reputation, so he has to complete various subquests to raise himself in their eyes.

It's really more of an interactive story than a fully-fledged adventure game, but it's so expertly told with characters cut so accurately from the McCaffrey cloth, that fans of the series won't mind one bit. For someone new to the world of Pern, the simple and steady nature of the world might grate upon the nerves somewhat, but hopefully the engrossing story would suck any cynic out of their malaise.

The game is cutscene heavy, with a separate 'mini-scene' for each interaction between D'kor and any inhabitant of Pern, and several long cutscenes for important plot elements. This is fine, as generally they're needed for the continuation of the plot, however, there are a few occasions where the speech (which ranges from competent to excellent) is inconsistently absent, and you're left reading subtitles while a character mouths the words. In addition, the camera can sometimes freeze on a certain shot before continuing - it's not critical, but can be annoying.

The only cutscene likely to drive you to distraction is the lengthy process by which D'kor travels between areas. Yes, it's an awe-inspiring scene, as his bronze dragon lands and takes him 'between' (dragon teleportation), but the game insists on playing the entire thing every time you travel. Given that you tend to jump between areas on a frequent basis, having to wait two minutes and twelve seconds (I timed it, so sue me) every time you want to go somewhere becomes highly irritating.

It's all a blur to me

The game's visuals look suitably good, with the dragon textures happily improved from those seen in earlier builds. The only slight disappointment is the quality of facial textures, which range from blocky to fuzzy. It doesn't distract from the action too much, and it's apparent that they are rendered in as much detail as possible in order to convey facial expressions, but it's difficult to rummage up any kind of sympathy for D'kor's love interest when she looks like she's been battered by the ugly stick of blurriness.

The third-person camera through which the action is viewed (except when you occasionally use a crossbow) varies between a fixed viewpoint, and a dynamic camera following your movements. The effect is sometimes cinematic, usually when entering beautifully rendered arena-sized areas, but can be clumsily executed on other occasions. Sometimes the camera viewpoint will switch too soon, and you'll have to run around until you stumble into the direction that propels you into viewpoint. In addition, when in 'dynamic' mode, the camera makes a half-hearted attempt at following every movement D'kor makes. Far from drawing you into the action, this simply creates a jerky effect, and actually left this reviewer with intense motion sickness in outdoor areas.

One for the fans

DragonRiders is an absolute must for fans of the series - it's as engrossing and complex as the best of Anne McCaffrey's novels, and as a stand-alone story, it's fun and well worth it. While not overly lengthy, the world has plenty of depth, which you'd expect from a 19-novel franchise. There's little innovative in the gameplay, but it's a pleasant mix of traditional adventure game and RPG, with only cutscene and camera niggles getting in the way of pure enjoyment of the developing storyline. Be warned, though, it is a storyline that may perhaps only be fully appreciated by those already enthralled with the world of Pern. 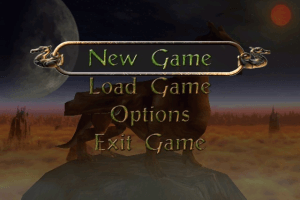 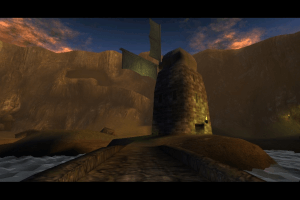 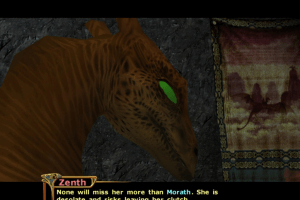 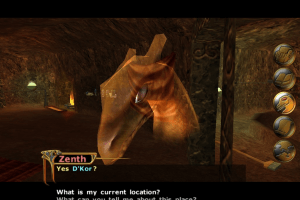 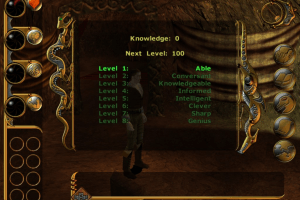 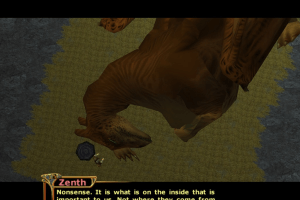 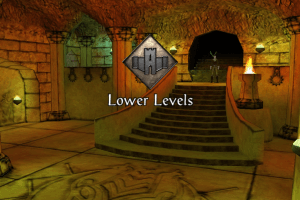 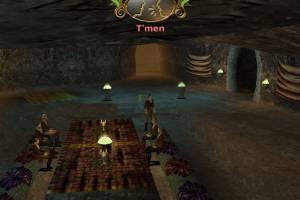 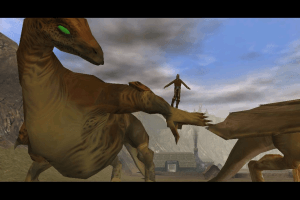 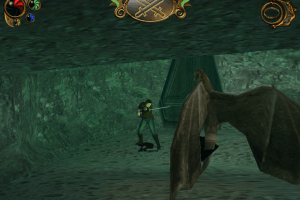 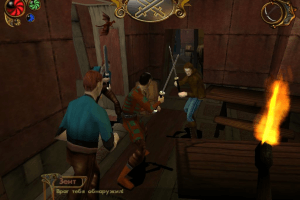 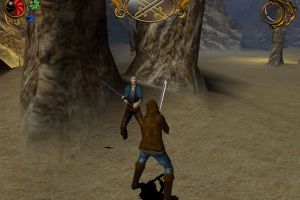 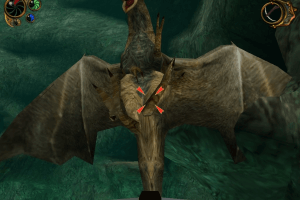 Oh you genius Alex! I tried running the patch before but not from inside the game folder. It works! :-)

Thank you Eva, i actually solved right after writing that comment.
1: For the map... just download the patch file and run the exe you get from it in the game folder, this will make the map visible (...yeah, i should have read the page better, my fault there ^^")
2: about the camera that doesn't movem, when that happens press numpad 5 to switch from auto camera to manual camera, then use the numpad arrows to move the camera around and navigate better (since some places are very tight, you might need to move the camera out of the bonds, but as long as your character and his path is visible, you got nothing to worry about). When you are done, press numpad 5 again to switch back to auto camera, and it should return behind the character.

Alex, I have the issue with the maps too, and I got around the tunnel issue by pressing the numpad 5 button. That lets you pan the camera. Not perfect but at least you can pan it around so you can see where your character is!

The game looks fine, but i came across 2 problem

1: the map appears to be invisible. No matter how much i open and re-open it, nothing shows up.
2: in a section of one of the starting quests (which takes place in a mine, i just couldn't go on at a certain point because the gamera just won't follow me chracter. There are two ways, one on the left and one at right, and whatever way i decide to follow, the camera remains lock in place were the entrance of the two roads is, so my chracter pretty much goes on and i can't see were he is going.

Is there a fix to this ?

This game crash. But if I start exe file directly from WinRar it doesn't crash. I don't even know why.

Share your gamer memories, help others to run the game or comment anything you'd like. If you have trouble to run Dragon Riders: Chronicles of Pern (Windows), read the abandonware guide first!

PatchPatch for correct display of the world map in the game on new video cards. Put on any version of the game. 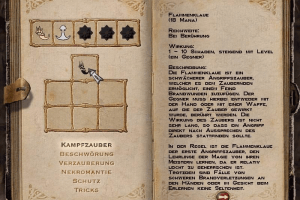 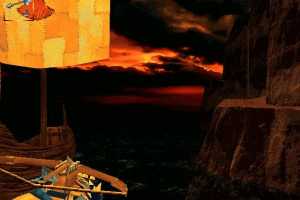 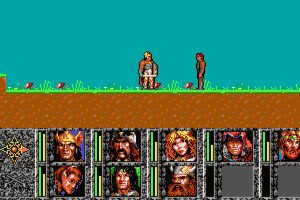