F/A-18 Hornet 3.0 is Graphic Simulation Corp (GSC)'s first flight sim released on PC, and it is a very realistic and highly underrated sim.

"Every so often an unheralded product will show up that turns out to be a real eye-opener. F/A-18 Hornet 3.0 is Graphic Simulations Corporation’s first foray into the PC sim market and it is a very pleasant surprise. Not that GSC is lacking in sim experience, having released three successful versions of the F/A-18 on the Macintosh.

Designed for the experienced flight sim pilot this product has most all the standard features you have come to expect in a flight sim and more. Detail is the name of game in Hornet 3.0 and with three previous iterations to build on most have been thoroughly addressed. From the fresnel lens system ("meatball") on the carrier to the beautiful full-screen cockpit display complete with moving maps and digital displays, even the minute details are carefully portrayed. Everything from inlet temperature to engine vibration is monitored on the Digital Display Indicators (DDIs) and the amount of information available can be overwhelming.

Of course with all the detail involved, this sim ends up being somewhat complex and could be quite daunting for a beginner. The manual, which is rather short and desperately needs an index and glossary, is laid out and reads like an actual Department of Defense document. To help get you up to speed there are excellent tutorials built right into the sim, covering such topics as carrier landings, air-to-ground attacks, and navigation. These training tutorials come up on a mock TV/VCR and give actual sim camera footage as well as informative blackboard diagrams to help explain various aspects of the F/A-18.

Do not be fooled by the slightly outdated graphics; the flight model on this baby is excellent and after several hours of flying around you can almost imagine you are in the real thing. Landing on the carrier for the first time with the Landing Signal Officer giving you verbal directions as you focus on the meatball is quite an exhilarating experience. There is great sense of engine power when flying around, especially when you kick in the afterburners and get the satisfying muffled roar; the little details are what make this sim fun.

I cannot ever remember playing another sim where I was waved off on a landing because of traffic on the flight deck. Most all features that are routinely expected in a flight sim are present in this one: video replays, multiple views including padlock, network and modem play, taxiing on runways, excellent control of wingmen, radio messages and a wide variety of ordnance. HARMs make an appearance in this sim as well as a few tactical nukes, all assigned on a very well designed ordnance screen.

Though a great deal of attention was spent on details there some general areas that are lacking. First and most important are the number of missions; there [are] only 28, playable as a single campaign or individually. Though there are also six multiplayer and training missions, there is no mission builder/editor and thus the hard drive "life" of this sim may turn out to be rather short. Mission briefings are also short and non-descriptive, with no detailed maps or information given out. Debriefing consist of only a dot-matrix print-out to the screen showing number of kills; very life-like but not that useful, especially when compared to other sims. Missions tend to be very difficult with plenty of SAMs to make life difficult and an enemy pilot AI that can be very challenging in a dogfight.

F/A-18 Hornet 3.0 is an excellent flight sim for someone looking for a serious and challenging flying experience. Though a little short on missions and slightly dated graphically, it is fun, interesting, and full of surprises. GSC has made a solid entrance into the world of PC simulators."

If you like the game, check out the superior sequel F/A-18 Korea also on this site. 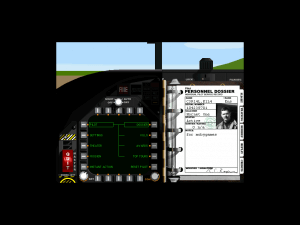 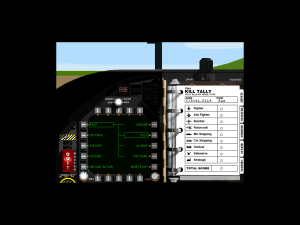 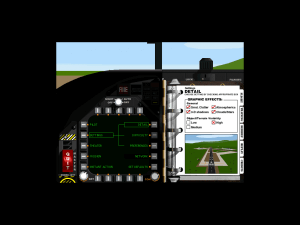 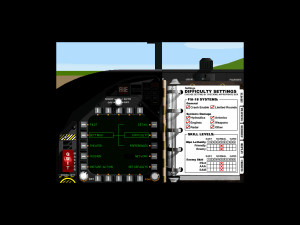 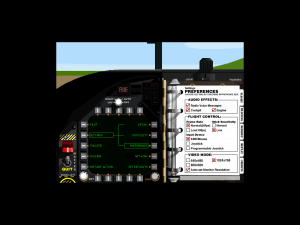 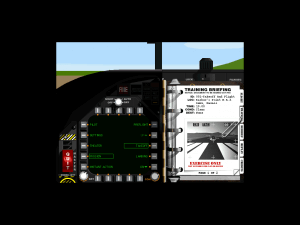 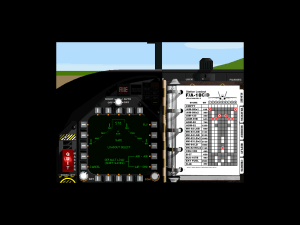 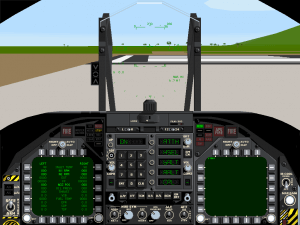 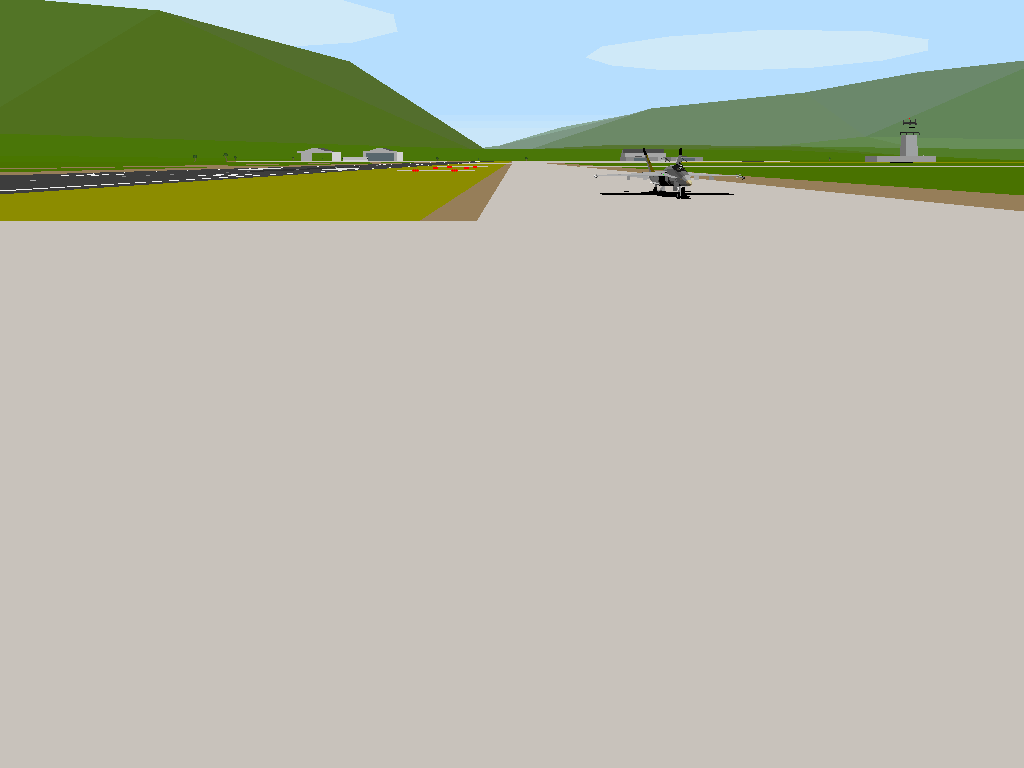 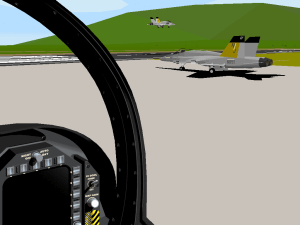 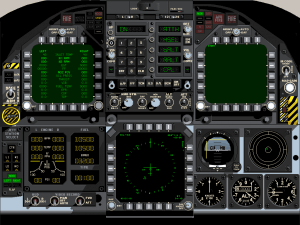 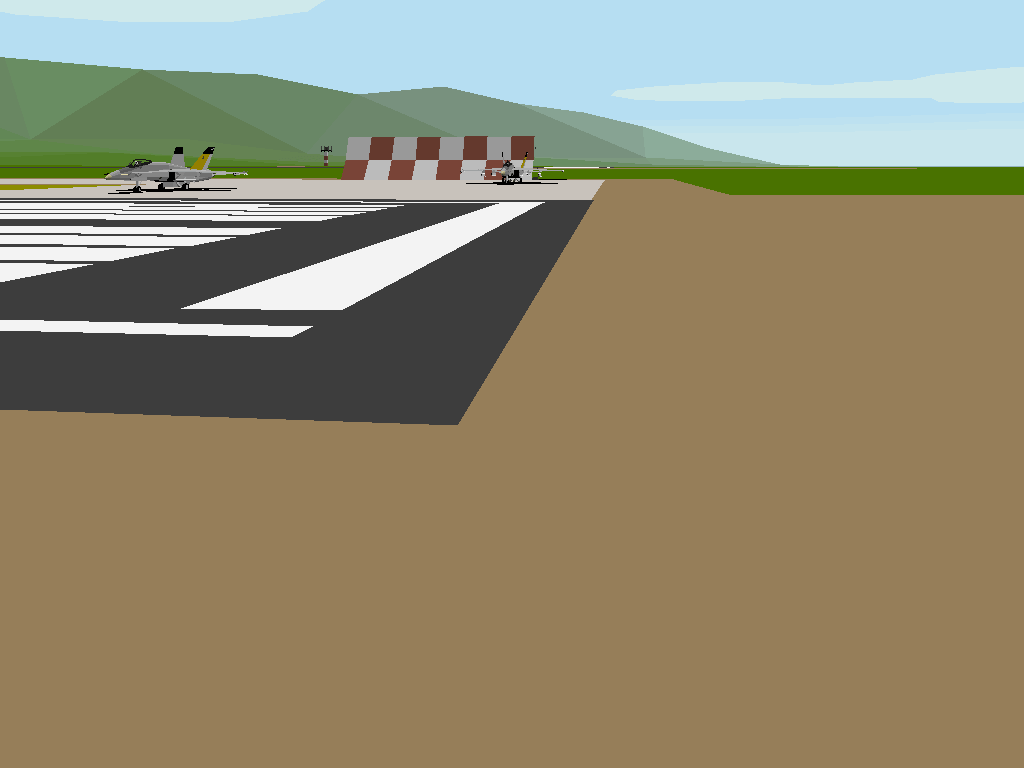 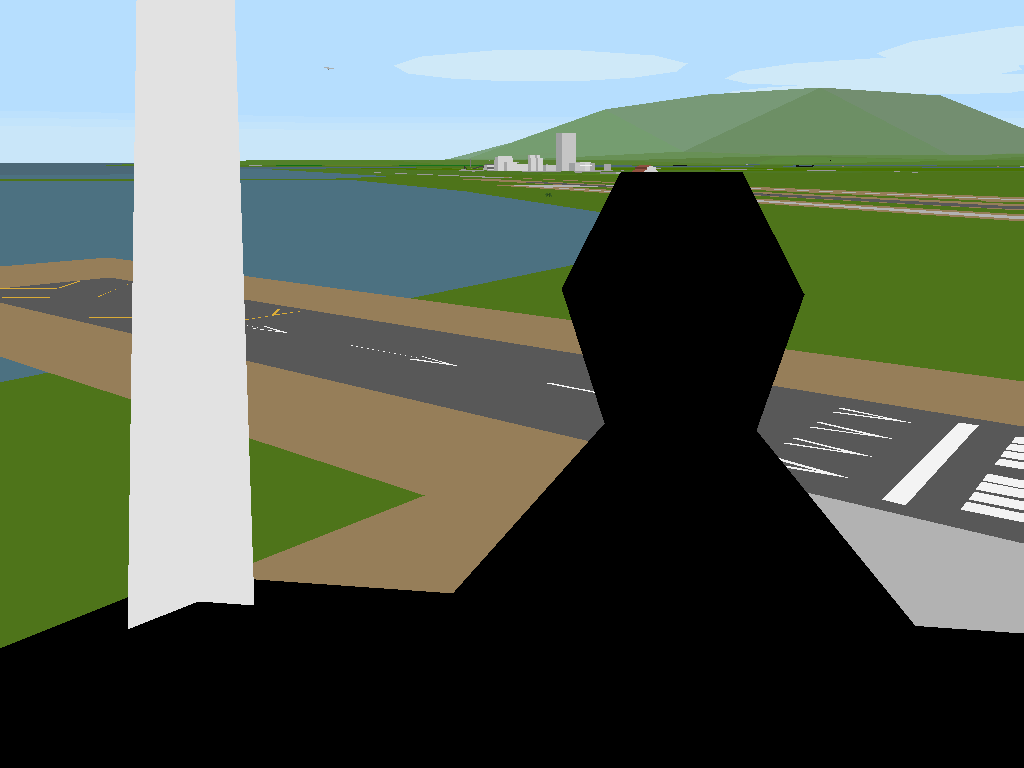 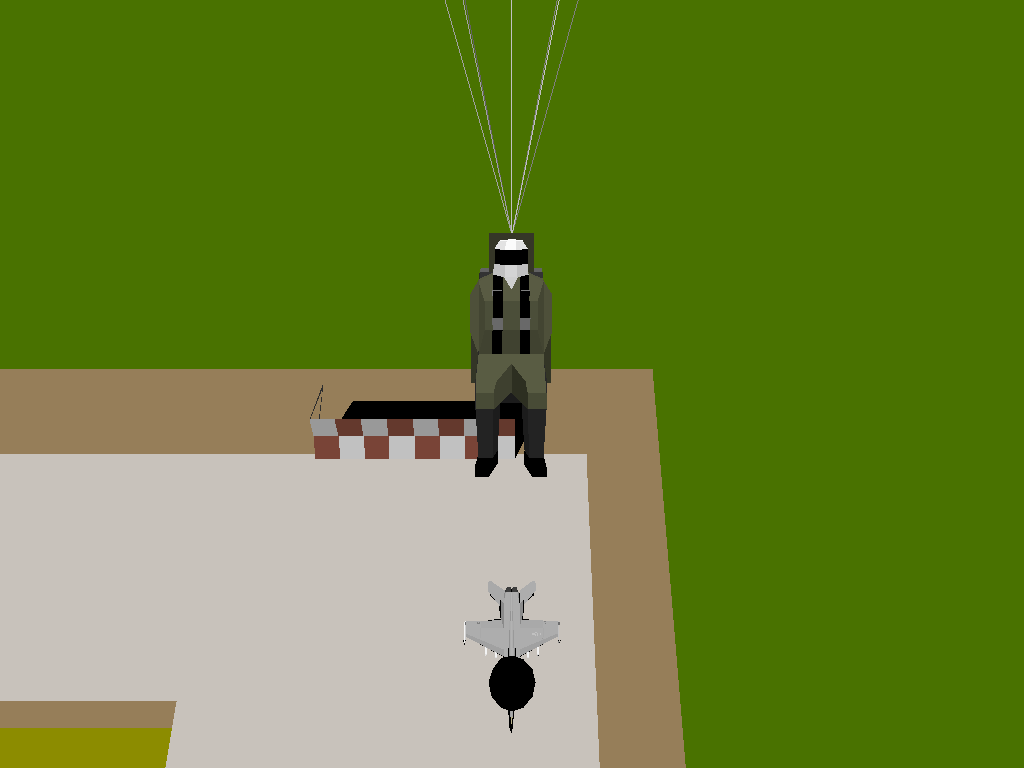 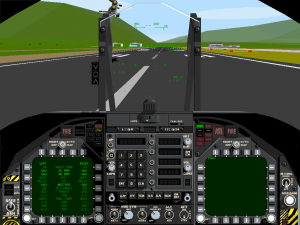 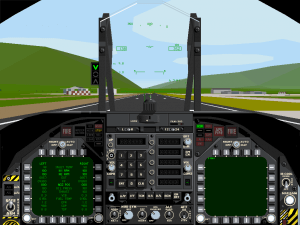 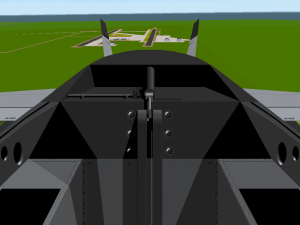 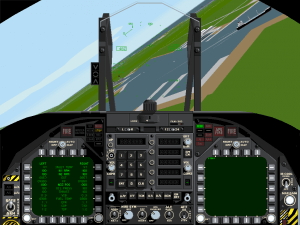 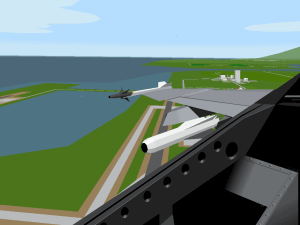 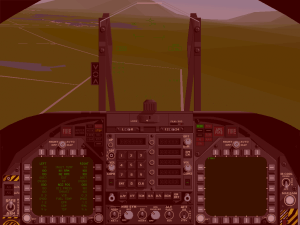 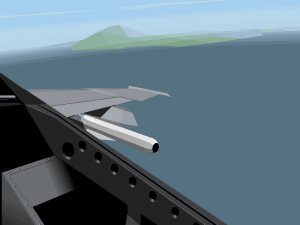 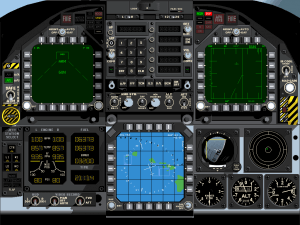 Graphsim's F/A-18 3.0 was the most realistic F/A-18 combat flight simulator of its time (c. 1995 for the Mac, c. 1997 for the PC). I had seen screenshots of this in a late '90s Computer Gaming World magazine, but wasn't initially impressed (texture mapped graphics were all the rage). But when I saw this at a friend's house and tried it, I became hooked on the super-crisp flight model and graphics. The stunning 2D cockpit is a true work of art. The 3D graphics, even while not texture mapped, still made good use of lighting/shading and could run at 1024x768 (a huge deal in the late 1990s). The high resolution and lighting effects, combined with the polygonal models, were so well done that the sim's graphics actually looked better than competitive flight sims which offered texture-mapped graphics. The sim's video tutorials are easy to follow. For a high-fidelity combat flight simulator, the keyboard commands are very easy to learn and retain. While a PDF manual is available, I highly recommend finding a boxed copy with a physical manual and keyboard reference. In my experience, this sim is best run in Windows 9x/ME or XP using Daemon Tools to mount the CD-ROM image. I have been able to run this in Windows 10, but on a much older machine (a ThinkPad T60, with ATI Radeon x1400 graphics), and with graphical issues. The sim's frame rate is locked at either 10 or 20 FPS (set by the user), though I wish 30 or 60 FPS were also available. This works very well with both USB and legacy MIDI-style 15-pin joysticks. This sim is fantastic, and offers a very good networked multiplayer experience. Its only real drawbacks are the lack of midair refueling and a dynamic campaign. Still, the missions offer plenty of variety, and the enemy AI skill levels offer a decent amount of replay value.

i havent been able to get it installed in windows 10, but i could install and run it easily in an emulated windows 98se in Oracle VM - there is a good guide on the youtube channels nevets for getting windows 98se working on Oracle VM as a virtual environment and doing it right so that it performs well.

I got a corrupted iso image from the download. Such a shame as I really enjoyed this game on the mac

If this works It will be a godsend. I still have the original disc and "flight manual" that came with the game.

This game is the business

Share your gamer memories, help others to run the game or comment anything you'd like. If you have trouble to run F/A-18 Hornet 3.0 (Windows), read the abandonware guide first! 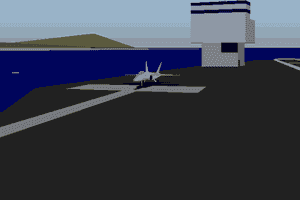 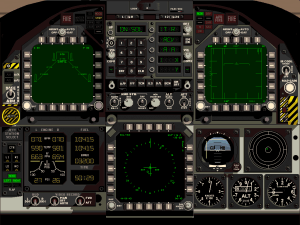 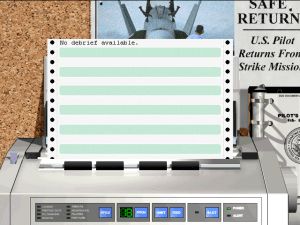 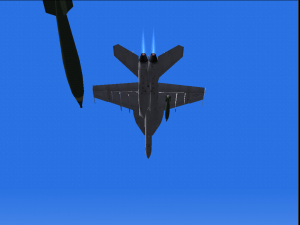