One of the most addictive games ever made in any genre, Jagged Alliance is a great strategy game that successfully combines the outstanding squad-level gameplay of X-COM with an unprecedented level of personalities and RPG elements that make it even more addictive than MicroProse' classic.

You know the game is something special when it starts off with a great plot: the island of Metavira contains valuable tree sap, which is harvested and sold to pharmaceutical companies. The island facilities were operated by Jack, his daughter Brenda, and Lucas. Lucas took over the island by hiring a bunch of thugs to capture the sap trees. You are then hired by Jack and Brenda to recapture the island. The catch here is that you don't have unlimited funds at your disposal: you are paid based on the amount of sap that is harvested by your workers. Funds are used to hire mercenaries on a daily basis to recapture the island from Lucas.

Gameplay evolves over a complete day during which you try to perform your mission, which starts in any sector you choose. You move each of the team members in real time on a tactical map, until combat starts, at which point the game switches to a highly effective turn-based mode which allows you to plan moves for each merc. X-COM fans will be right at home with tactical battles in Jagged Alliance: in each turn, every merc has a limited number of "action points" that are used for everything from moving to firing a weapon. Leaving a few action points remaining at the end of your turn will allow a merc to respond when he/she spots an enemy during the enemy's turn.

Instead of faceless soldiers of X-COM, however, Jagged Alliance mercenaries come to life with characteristic snides, complaints, cheers, and even bickering among themselves. Each merc has his/her own personality which does affect gameplay: coward mercs will tend to whine and run away from combat quicker than others, while bloodthirsty mercs will unload all their ammo on a hapless enemy, and will refuse your command to change target or lower their arms.

Relationships between mercs are also important: many mercs will refuse to work with their rival mercs, while some may agree to work for you only if their buddies are in the team. The merc's personalities are so well-written and distinctive that you will soon grow fond of some mercs and wary of others. There are numerous other innovations that Jagged Alliance brought to the genre that will take pages to list. In addition to tactical battles, there are many strategic options: you can hire guards to defend conquered sectors against enemy re-invasion in case your mercs are somewhere else.

The enemy AI is also excellent. They run for cover, try to out flank you, respond to to gun shots, and appear to have different skill levels. There are also a lot of special items, some of which are hidden, that can be used to help you with your missions, as well as optional missions. In true RPG fashion, your mercs' statistics improve with more experience and practice, and the plot is integrated seamlessly into the actual gameplay. The missions themselves are the typical Find Something, Rescue Someone, Capture something, etc that RPGers have come to love. Landmines, traps, team interaction, and the general RPG feel are but some examples of a long list of strengths that give Jagged Alliance a lot of depth and addictiveness rarely seen in this type of game. If you ever wondered how X-COM can be made better, look no further. 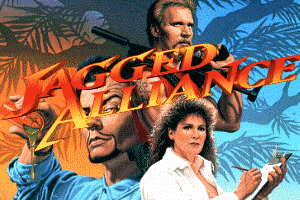 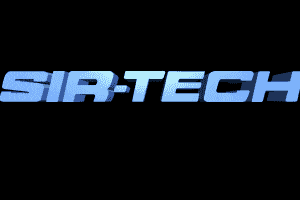 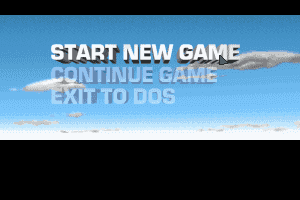 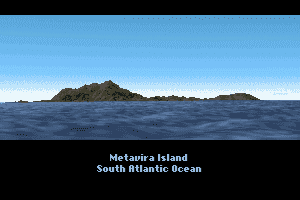 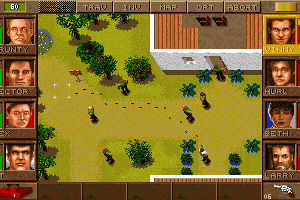 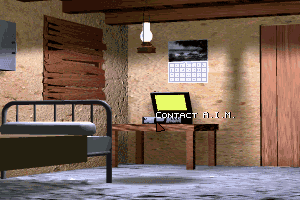 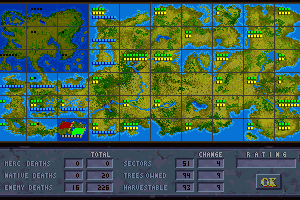 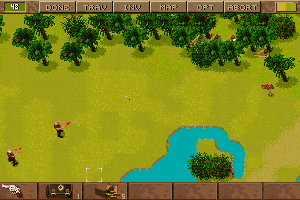 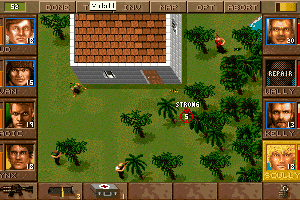 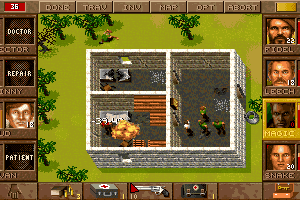 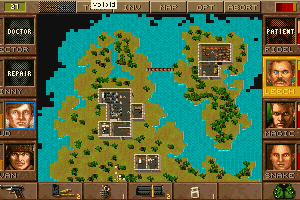 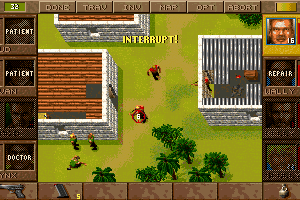 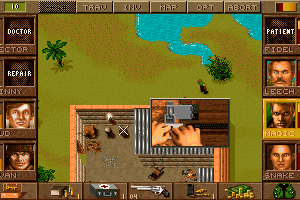 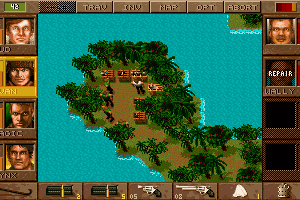 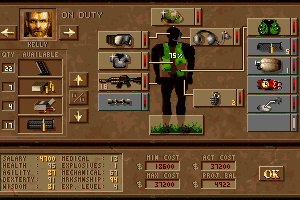 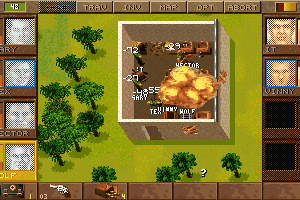 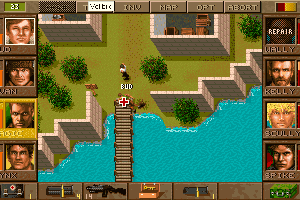 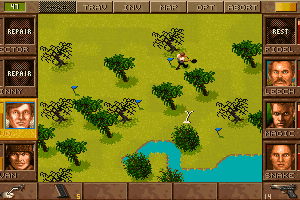 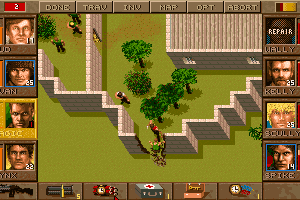 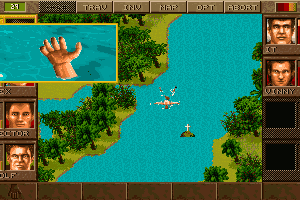 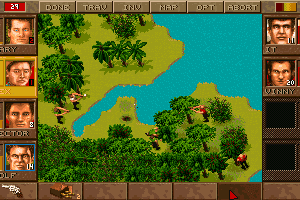 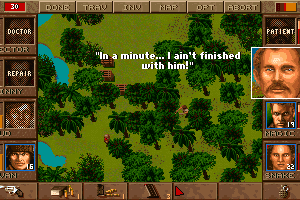 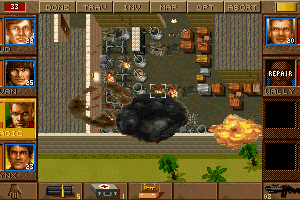 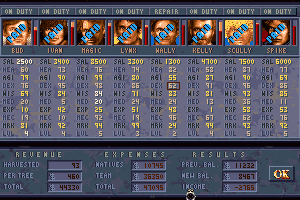 This is unfortunately corrupted. Error messages after error messages. Missing tiles etc. Crashed every time i started a mission.

For everyone who still has that cursor/AIM problem, there are 2 ways of fixing it:

Either mount the given .iso -image with Daemon Tools and then mount the new virtual drive with dosbox

Or you can mount the image with dosbox directly:
imgmount D [Image file] -t iso
You may have to shorten the name of the .iso-file
imgmount works with both, the actual path on a real drive or a virtual DosBox drive

In Both ways, it seems to be important, that "D" is the letter for the mounted cdrom drive, so just give it that letter

Downloaded the game and using it on Dosbox 0.74. The mouse cursor is invisible?

It took me some time to realize, I have to shorten the iso name to have 8 characters. Otherwise the dosbox didn't allow me to mount the iso file. :-)

this is a great game , i play this game , is very vicity , now is have the new remake .

I got my first taste of turn based tactical shooter from this game, from a bargain bin. It turns out to be an excellent game for its time. I played this game constantly. I only stopped when Jagged Alliance 2 came out. Very replayable as you can have different mercenaries per game, finding out their quirks and foibles as you go along.

Sorry I forgot: as for mounting, don't forget to place before drive letter you want to mount that image, usually d, so firt fo all type:

To mount cd images dosbox uses the imgmoun command. jus use it as follows:

obviously, first you need to mount as c: a folder where you installed ja

Ii worked fine as heaven! But i wa not able to use imgmount in dosbox frontends: those gave always me error regardin mounting the .iso

in the cli everything fine but waht a annoyance tipyng ever time! Anyone may have other clues?

Also had the same issue. Found that all I needed to do was in the same directory "CD" was extract the zipped folder. Just select Extract here. Everything work nicely then

I had the same problem with the AIM black screen. Even the cursor was invisible.
There is a directory "CD" with an ISO file in it. You have to mount it with Daemon Tools or such. Then in Dosbox you have to write "mount d (drive of the mounted image) -t cdrom" and the game starts with no more problems. Also in the image, there is the 1.13 patch.

Anyone found a solution for the black screen problem when trying to contact A.I.M?

Agreed, same issue with trying to contact AIM. If I remember correctly when we first got this game back on the 3.5 inch floppies we also had to install a patch for the game. Wonder if that has something to do with this issue.

Might be some problem with dosbox, got it running on my mac with boxer.

Agreed. Game isn't working when you click on the Laptop to contact A.I.M for the first time.

Doesnt seem to work, get a black screen when i try to hire my first mercs.

Jagged Alliance is available a small price on the following websites, and is no longer abandonware. GoG.com provide the best releases and does not include DRM, please buy from them! You can read our online store guide.

Some of these file may not be included in the game stores. For Jagged Alliance, we have the following files: 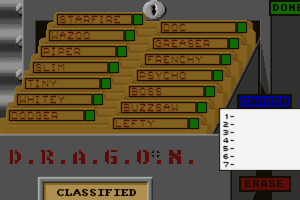 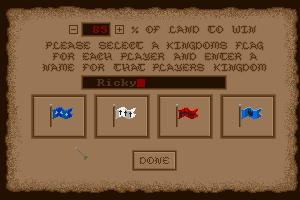 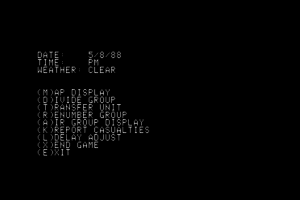 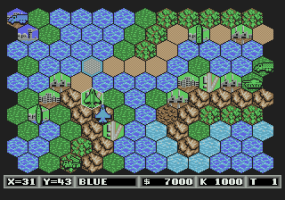 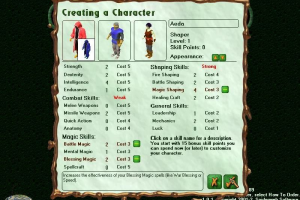