Law of the West

Description of Law of the West Commodore 64

Law of the West (aka La ley del oeste, ロウ・オブ・ザ・ウエスト) is a video game published in 1985 on Commodore 64 by Accolade, Inc.. It's an action and adventure game, set in a western and law enforcement themes, and was also released on Apple II and PC-88. 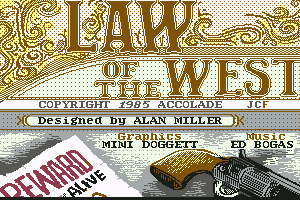 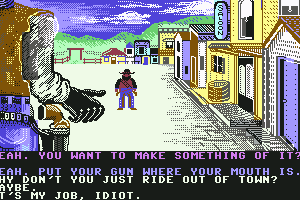 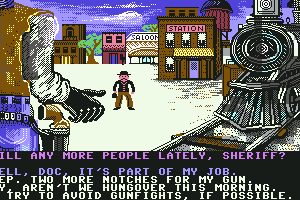 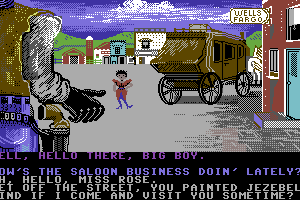 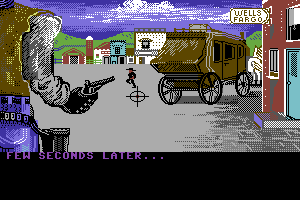 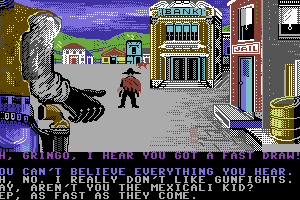 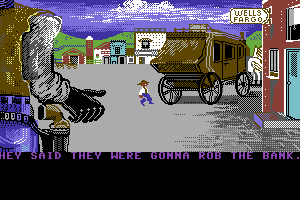 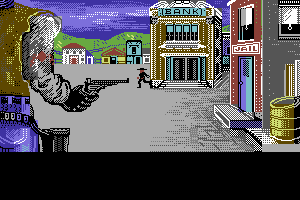 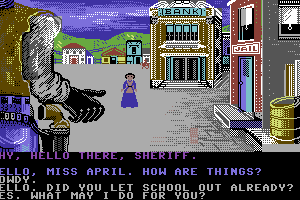 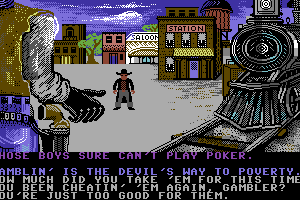 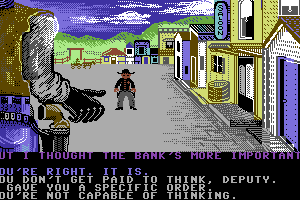 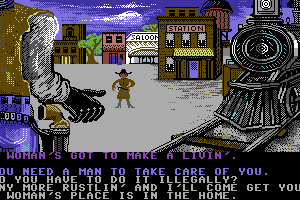 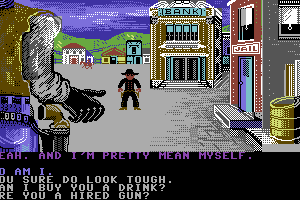 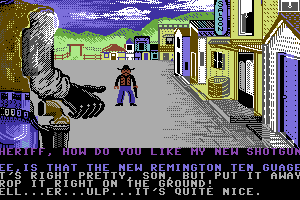 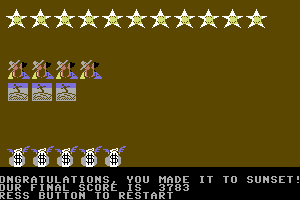 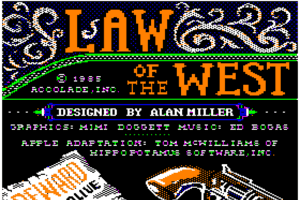 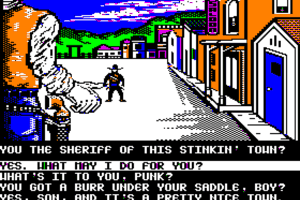 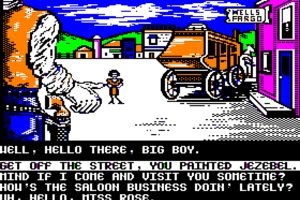 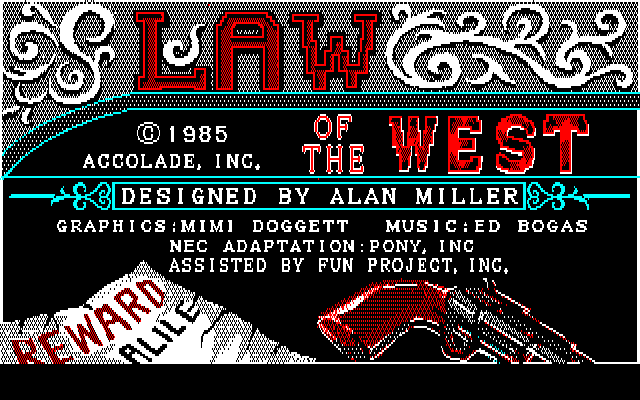 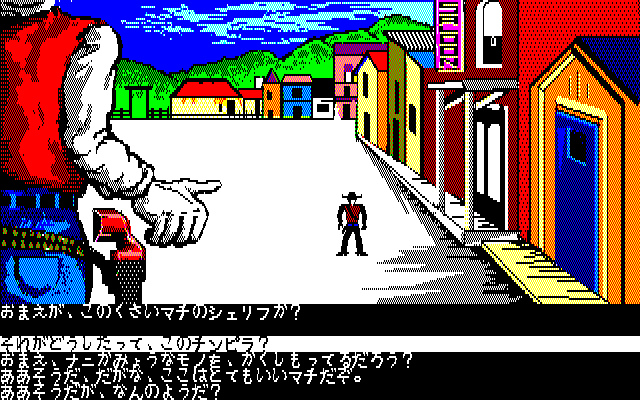 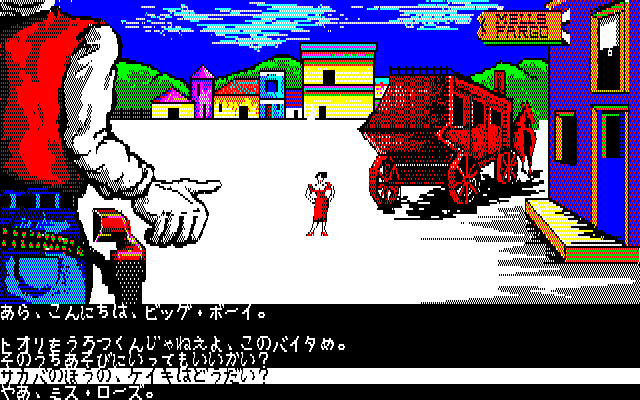 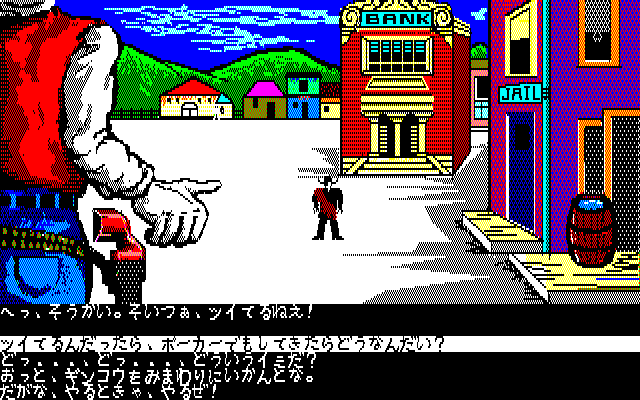 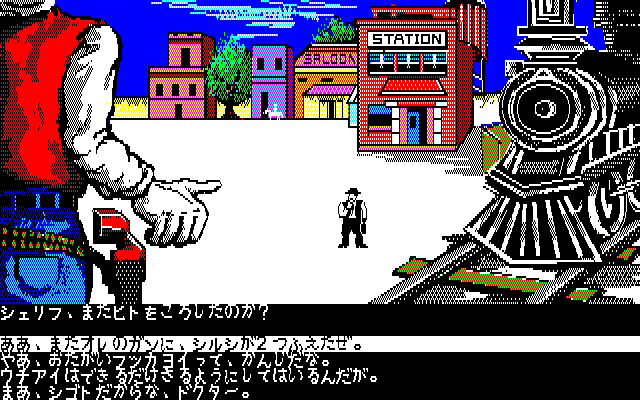 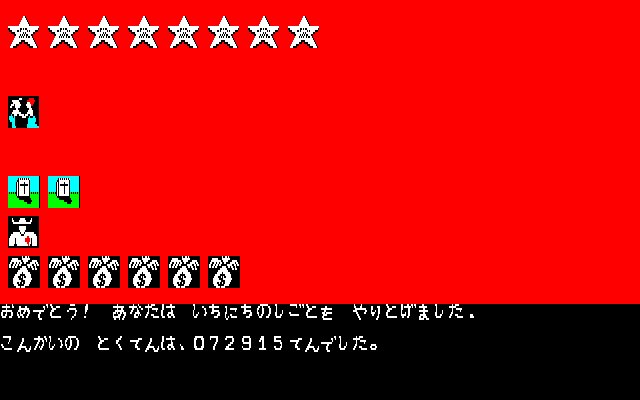 Played this many times in the 80's. Could never beat the last guy in a fair fight so I often just shot him at the start of the dialogue.

I loved this game as a kid. Played it all the time. I loved that it had multiple outcomes. You can provoke everyone to fight or get them to back off (all except one if memories serves).

Share your gamer memories, help others to run the game or comment anything you'd like. If you have trouble to run Law of the West (Commodore 64), read the abandonware guide first!