Lock-On is one of the few Quicksilver arcade conversions that were not released on the console systems, making it one of the least known Data East games in existence. That is perhaps for the best, though, as the game is just an average arcade flight simulator without much to distinguish it from other shoot-em-ups. Shoot down waves after waves of enemies while evading their fire.

Despite the game's pretense at being a flight "sim" by including authentic-looking gauges and radar, flight sim fans will frown on the game's total disregard of aerodynamics principles. Overall, a mindless first-person shooter that might be fun for a while... a very short while. 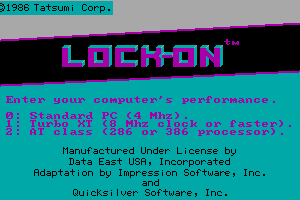 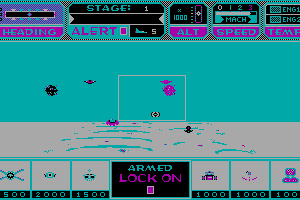 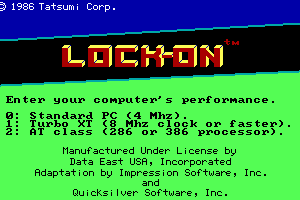 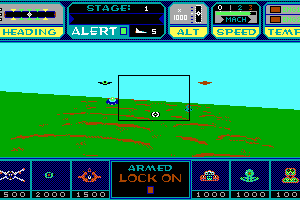 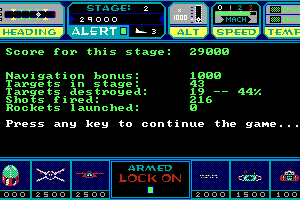 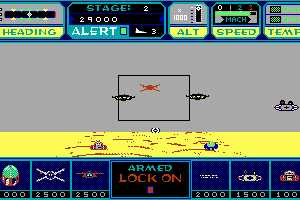 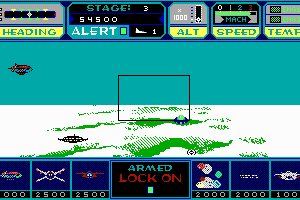 Did a scan on http://virusscan.jotti.org, some found the said virus. Anyway you should not risk anything as the game is ran in a dosbox environment.

Antivirus's alert that this is infected with a virus called Major-1644. Some kind of file infector. I am not risking the safety of my computer to play this game.

Admins, please check the game for any harmful files.

Share your gamer memories, help others to run the game or comment anything you'd like. If you have trouble to run Lock-On, read the abandonware guide first!