Mixed-Up Mother Goose is a great adventure game for toddlers that marks a departure for designer Roberta Williams, of King's Quest fame.

First released in 1987, the game's strong premise, great gameplay, and charming graphics propelled it to the top of children's title charts. Anyone who's familiar with nursery rhymes will be able to guess the plot from the game's title. In a dream, you are carried on gooseback to the fantasy land where nursery rhymes are true stories. Mother Goose has inadvertently mixed up all her rhymes, and it's up to you to fix it.

Gameplay is best described as the larger version of a typical card-matching game. In the case of Mother Goose, your goal is to match items and people (or people and people, or people and animals). When you meet a nursery rhyme character, he or she will tell you what they want or what they're missing. You have to scout Mother Goose's realm and find and remember the location of each item as you can only carry one object, or escort one person/animal at a time. You can only "drop" an object or entity when you come into contact with another, or when you make a correct match.

True to the game's focus on preschoolers, there is no text parser - the game is played completely with either the keypad or joystick. Kids will have a lot of fun seeing their familiar nursery rhymes come to life, including Jack and Jill, Little Bo Peep, Humpty Dumpty, Little Miss Muffet, Old King Cole, Hey Diddle Diddle and many more, totaling 18 in all. Mother Goose is probably meant to be played by both parent and child together, as there is some text in the game that toddlers can't read, and older children who can read probably would have outgrown nursery rhymes.

Overall, Mother Goose is definitely one of the best titles ever designed for toddlers, and there's some educational value even for adults, I couldn't recognize some of the nursery rhymes in the game ;) Two thumbs up! Also be sure to check out the 1992 enhanced CD-ROM version of the game, which features excellent VGA graphics and music. The latest version of the game is 1996's Mixed-Up Mother Goose Deluxe, and upgrades the game even further with SVGA graphics and a bonus audio CD. 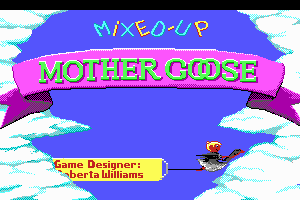 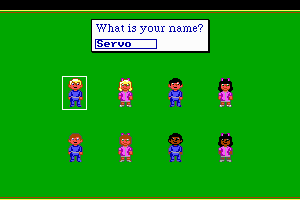 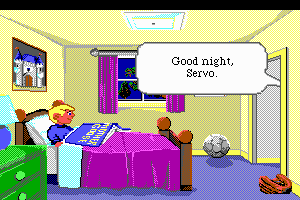 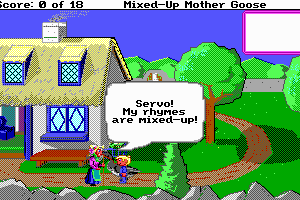 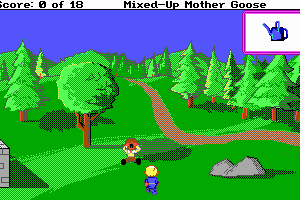 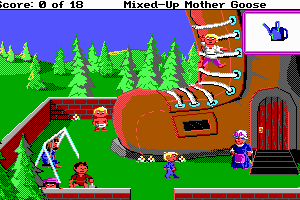 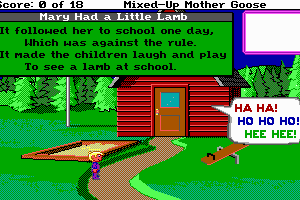 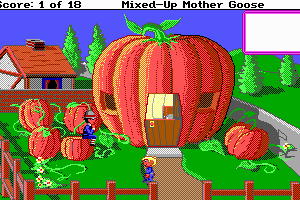 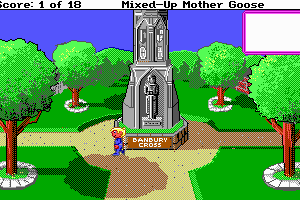 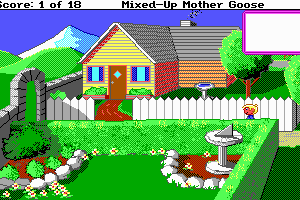 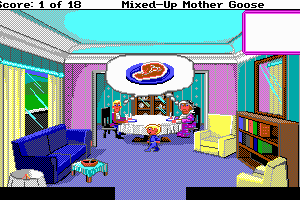 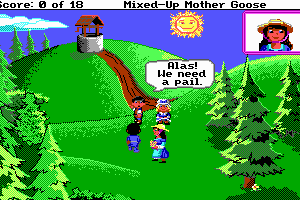 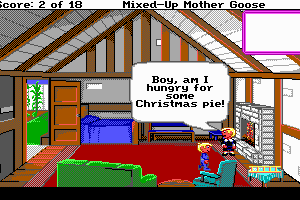 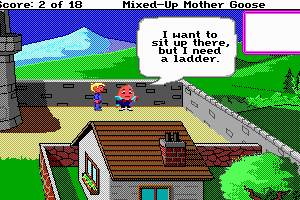 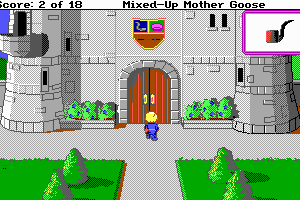 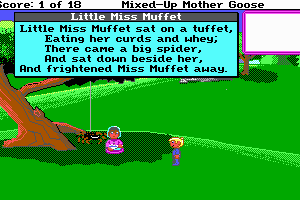 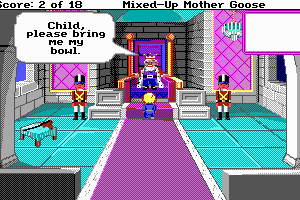 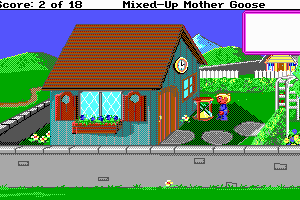 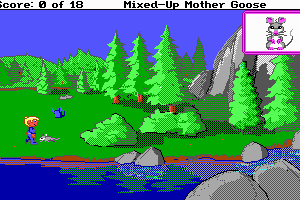 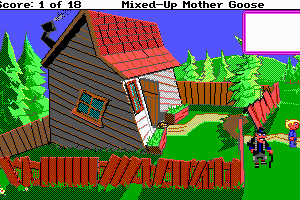 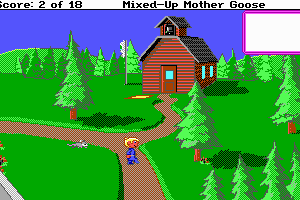 Hey guys I figured out how to beat the whole game so it doesn't freeze out. Whatever you do, don't open the game fullscreen. I played it in the small screen and I got to complete everything!!!

This was my first favourite game! I remember playing it non-stop back in the 80s, but the game was stuck and I wasn't able to finish it. For some reason I keep thinking about it these few days and decided to google it. Can't believe I found it! Could you please consider putting it on iOS? I would love to play it again, and finish it this time round.

This game is amazing

How about one of you computer people create this game as an app for android and iPhone ? Pleeeeeease!

This was one of my first ever computer games and I still remember it fondly. Used to play it on floppy disk on my grandparent's ancient computer. The other day, a child I babysat asked me what a floppy disk was. Boy, does this make me feel old!

The level of nostalgia is mind blowing! Downloading this to my laptop as soon as I get home :)

just saw the disc sitting there and googled to see what would come up..is this download mac friendly? really would like to play it again

SO TOTALLY DOWNLOADING THIS! I spent hours upon hours playing this game when I was a child. Thank you!

hahaha, omg. I used to play this in day-care back when I was young and stuff. So tempted to play it again, I learned a lot of nursery rhymes though it too.

heeey awesome just one question how to install it?!

Good version updated thanks to Ewa ;)

Thanks for showing images from the difficult to find SCI version of the game, while providing a download for the crappy AGI version. You suck.

Share your gamer memories, help others to run the game or comment anything you'd like. If you have trouble to run Mixed-Up Mother Goose, read the abandonware guide first! 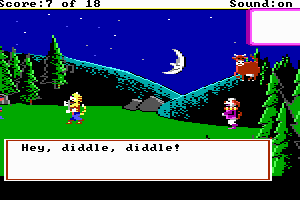 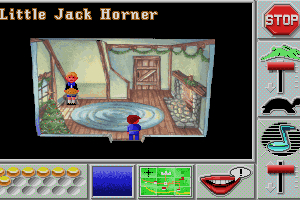 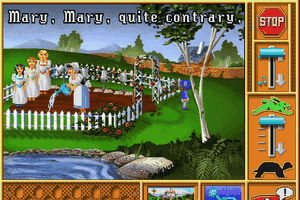 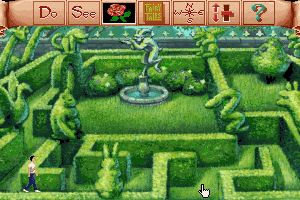