One of the very few Myst-style games I really like, Morpheus is an excellent adventure that plays like a cross between Titanic: Adventures Out Of Time and Phantom of The Opera.

This well-written tale of Jules Verne-esque mystery and modern exploration begins with the monologue of a desperate man, Matthew Holmes, an arctic explorer who is lost in the Arctic blizzard. You learn that Holmes is on a desperately quest to solve the mystery of his father's disappearance, some 30 years earlier. A hulk of a ghostly ship looms large, and it seems to be the only safe haven from the storm.... When the game proper starts, you take control of Holmes who's safely on board the ship, and interact with the game world from a first-person perspective. You soon learn that the mysterious ship is called Herculania, and it definitely plays a part in your father's disappearance. On your way to unravel the mystery, you will come across an extraordinary, mysterious device called the Neurographicon, which plays a pivotal role in the story. Similar to Myst, the Herculania is devoid of people, but filled to the brim with mysterious gadgets to figure out and manipulate. And so begins the story within a story as you learn about the ill- fated maiden voyage of the Hercluania in 1928 and the collection of specially invited passengers on board. Similar in style to games such as Zork Nemesis and The 7th Guest, you will get to know these passengers via ghostly ?encounters? that appear when you select a relevant hotspot. This ?inside? story is a macabre tale of revenge and romance, and every passenger has his or her own salacious secrets, all very fascinating. Gameplay is standard point-and-click affair, with no inventory and no game characters with which to interact directly. A large part of the game involves finding respective codes to open the passengers' cabins, by solving various puzzles. As well as exploring the Herculania itself, you will visit several ?dream worlds? ; each based on a theme relating to one of the passengers. In each of these ?worlds?, there are three puzzles to overcome before you can return to the 'normality' of the ship. So, although you can visit the dream worlds in any order, there?s no escape once you are there ? until the problems are solved. Unlike Myst, though, Morpheus features puzzles that require collecting clues from different locations, and others that demand careful observation and the recognition of patterns or relationships within the game environment. Though not terribly difficult, the puzzles are interesting and varied, and several will test your powers of observation and deduction. Although several puzzles are quite obscure, none of them can be labelled as "unfair" to the player. With a gripping plot, logical and interesting puzzles, and excellent graphics and atmosphere, Morpheus is highly recommended for all adventure fans. I certainly like it more than Myst, and Morpheus has one of the best endings I've ever seen that ties together loose ends of the mystery. Anyone who is bored with predictable plots and endings in most adventure games today will especially enjoy exploring the Herculania. Two thumbs up! *

Note: Piranha Interactive, the game's publisher, has gone out of business, so grab your copy today before all the retailers run out! This is a 3-CD game, and even though a CD-rip may exist, it'll hardly do the game justice.* 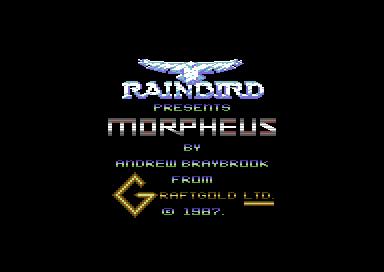 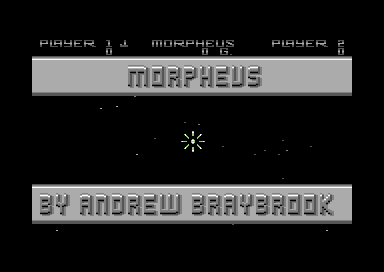 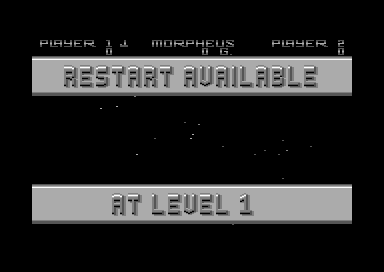 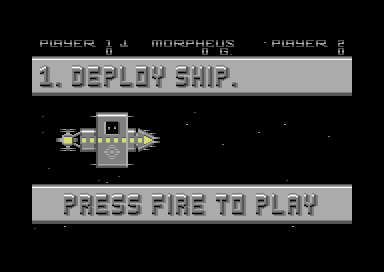 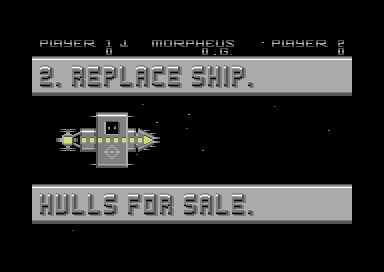 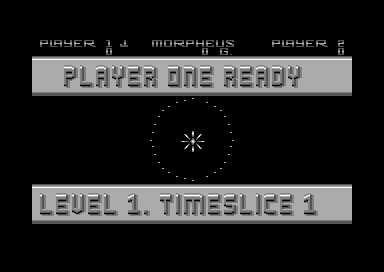 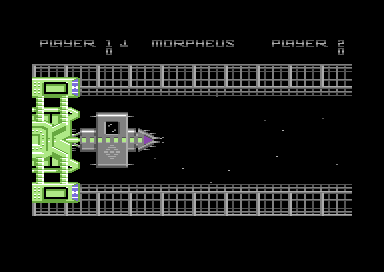 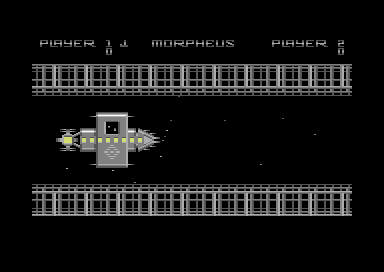 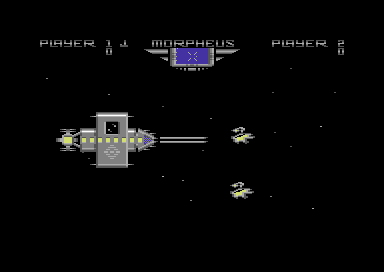 An interesting game, a bit different for it's time. I remember I loved the modular upgrades. Also remember that as you upgrade to larger ships you run out of room on the screen so you can't see what is coming making the larger ships cumbersome.

Share your gamer memories, help others to run the game or comment anything you'd like. If you have trouble to run Morpheus (Commodore 64), read the abandonware guide first! 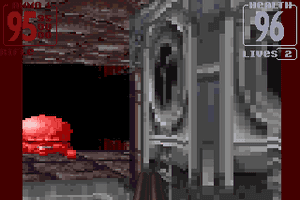 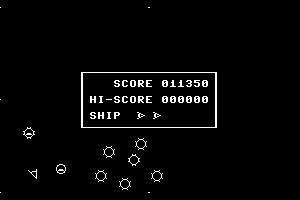 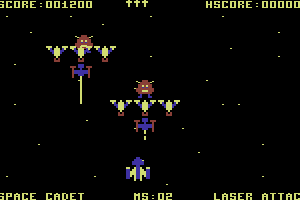 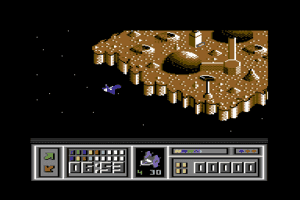 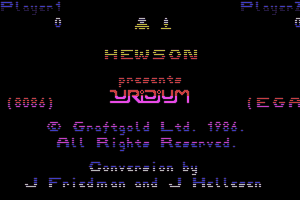 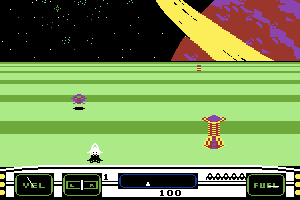