Download Return of the Mutant Space Bats of Doom

Return of the Mutant Space Bats of Doom

Description of Return of the Mutant Space Bats of Doom

From description at MobyGames: "[Invasion] consists of 66 stages, arranged in some sort of pattern (for example, every type of bats you encounter takes 3 stages to pass, each of three introducing new challenges). Once every several bats you kill you get one of four bonuses - purple gems, 6 of which grant you another life, a green gem which makes your missiles faster, a red one which gives you additional missiles per round, or a white gem which grants you a time-limited "hyper" mode.

[In the sequel,] the mutant space bats of doom return yet again to invade earth. Only you stand in their way of achieving their nefarious goals. As usual collect the different colored gems that can increase your ship's firepower, slow down the enemies, or add to the number of lives. In the bonus stage you turn into a bat and fly around collecting the maximum amount of gems to increase the chances of success in battle."

Both games are fun "old school" shooters that offer solid gameplay despite outdated graphics and cliche plot, as well as 'cute' enemies. Pop Software struck the right difficulty balance - the game is always challenging, but never frustrating. Neither of them matches the quality of the best shareware shooters (which must go to Raptor and Tyrian, no doubt), but they are fun enough to keep you occupied for minutes at a time. Worth a look.

After selling the game as shareware by mail-order in late 1990s, Pop Software resurfaced briefly in 2001 to sell both games via PayPal on-line, but they have disappeared again since 2002. Download the registered version below :) 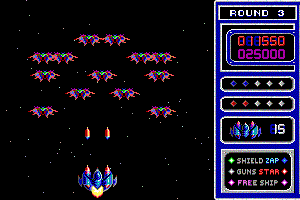 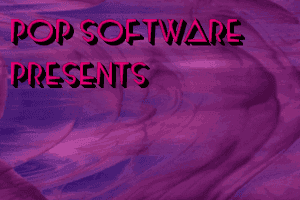 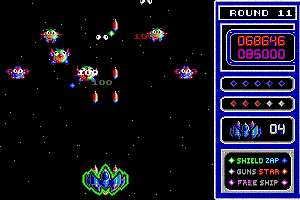 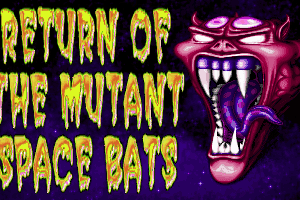 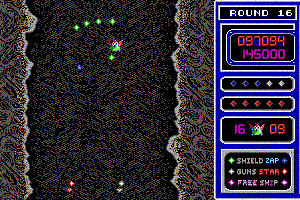 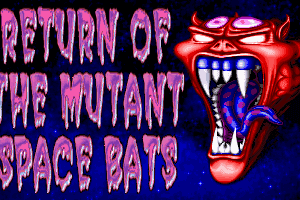 Share your gamer memories, help others to run the game or comment anything you'd like. If you have trouble to run Return of the Mutant Space Bats of Doom, read the abandonware guide first!

Download Return of the Mutant Space Bats of Doom 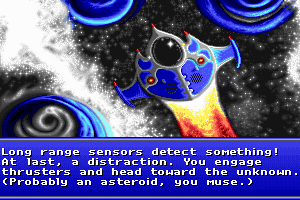 Invasion of the Mutant Space Bats of Doom
DOS1995 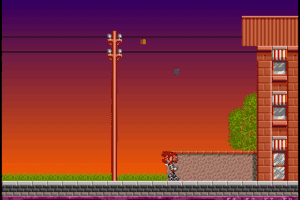 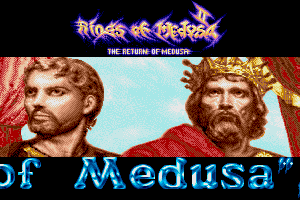