One of the best Space Invaders clones ever made, Round 42 is also one of the first freeware games I really like.

The name comes from the fact that there are 42 rounds of battle against invading alien spaceships. The game is very easy to learn: you move by pressing the arrow keys on the numeric keypad, and attack by pressing the F1 key (to fire normal bullets) or the F2 key (to fire a special weapon called the phasor). Your ship has a limited number of phasor charges, which are shown as lightening bolts next to your score near the top of the screen. Each ship begins with one charge, so you have to use it sparingly. You can get more phasor charges simply by staying alive: one charge (as well as one extra life) is awarded every 7500 points you earn, as well as at the beginning of each round.

So, what makes Round 42 a lot more fun than most Space Invaders clones? I think there are three major answers. First, each of the 42 rounds introduces a new and different type of enemy. It is a lot of fun to try to discover their flying patterns and fighting logic. This contrasts sharply with the "been there, done that" feel of most similar games, where you run out of new enemies after the first few levels.

Second, there is a cool 'warp round' after every four rounds. In these rounds, your job is to move the ship left and right through the maze without hitting the walls. This is a nice change of pace, and a good way to let you rest that sore finger before the action starts again.

Third and last, the game makes incredible use of the PC speaker to generate a wide range of cool sound effects. These are not as revolutionary as human voices in Silpheed, but they are still much better than the typical bleeps and bloops.

Overall, a very fun and addictive shooter that can remind us all how little space a good game needs :) Two thumbs up, way up! 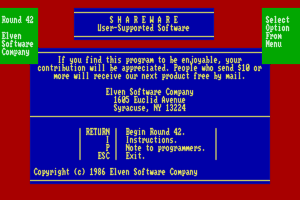 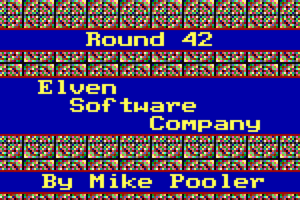 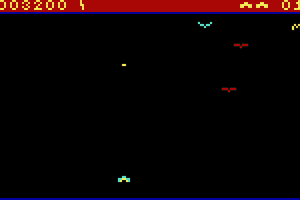 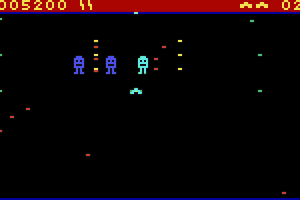 I remember having to turn the "TURBO" button off on my dad's PC so this game would run slow enough to play!

played this game days over days. love this brilliant game !!!!!!!

In DOSBOX: Change the graphic card to CGA to properly show game screen. Speed should be set to 300 cycles. In game keys: arrows and F1 as fire.

Some very enthusiastic, albeit surprising comments for such a primitive but blatantly obvious clone of galaga/galaxian/phoenix etc. etc. blah blah.....

I was looking for this game for years and I didn't remember the name. For sure this is one of the most entertainment game of all times.

I wonder why game like this one are not created anymore? :(

OMG. What a brilliant game! Every level is different. The anticipation of what you would face in the next level was thrilling. And a tough game at that. You could get bored with space invaders in 5 minutes but this game is something else!

Charming vertical shooter. Very colorful, interesting sound effects. A key remapping utility would be useful to change the fire key from F1 to something more handy. Graphics render strangely in DOSBox, covering the full window width, but only half of the height. You'll need to throttle the game speed on a modern computer, it quickly becomes unplayably overclocked.

Share your gamer memories, help others to run the game or comment anything you'd like. If you have trouble to run Round 42, read the abandonware guide first! 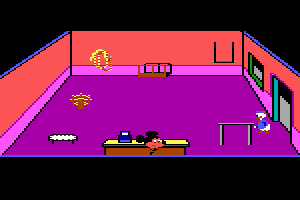 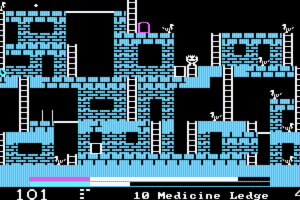 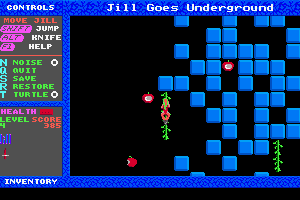