"Sparcade!", aka Dave's Arcade Emulator, is a DOS emulator for arcade games like Frogger, Centipede, Pacman, Galaxian, and more. Master System and Game Gear games can also be emulated with this software. From the game Readme file:

So what the heck is Sparcade anyway? As far as the end user is concerned it's an arcade game emulator with the added bonus of being able to run a number of Master System* and Game Gear* titles. There's rather more to the story than that, but I think everyone would rather not delay this release until 1997 just so I can write some waffle. 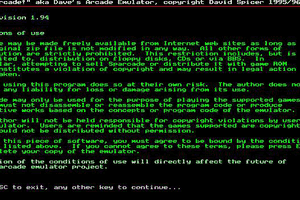 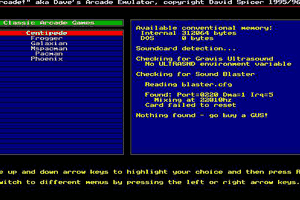 I remember being blown away running this for the first time (they were pre-MAME days). Awesome stuff. It was well worth downloading on my 14,400 modem!

Share your gamer memories, help others to run the game or comment anything you'd like. If you have trouble to run Sparcade!, read the abandonware guide first! 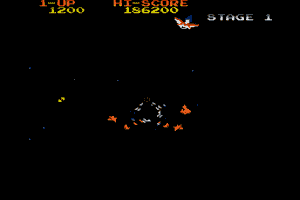