The Geekwad: Games of the Galaxy

Description of The Geekwad: Games of the Galaxy

Geekwad Games of The Galaxy is a collection of outrageous arcade games that parody well-known computer games. Unfortunately, gameplay doesn't quite live up to the game's parody value, although there are some great sound effects and creative twists.

To its credit, the game does have a wacky plot to tie everything together: King Wacky of the Wacky Funsters empire has been captured and put in a rigged jar, and it's up to you (yes, you, the geek) to free him. You do this by beating evil Cybergeek's high scores in each of the five games, after which you will receive portion fo the secret code that will disarm the bomb. Each game is hosted by-- surprise!-- parodies of real-life celebrities, such as Buzz (Aldrin) and Isaac (Asimov). You can learn the rules of each game by talking to each host, as well as answer trivia to gain hints on how to free the king (it's more complicated than getting the secret code).

The games themselves are a mixed bag. Phlemmings and Beefender are only fun for a short while before becoming atrociously repetitive. Earth Last is a bit better due to better control scheme, and many new enemy types for each level (it's a side-scrolling shooter). The best games of the pack are Space Solicitors, a fun Space Invaders clone, and Grogger, a good Frogger with a lot of new twists. There's also Wobbie's Trivia, a decent trivia game with some interesting questions.

Overall, Geekwad should please anyone who wants something a little different, although it's by no means a classic. Only the truly patient action fans will persevere through the indeterminably long levels to see the ending sequence. 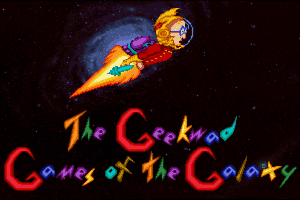 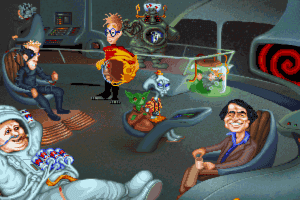 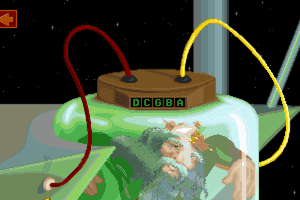 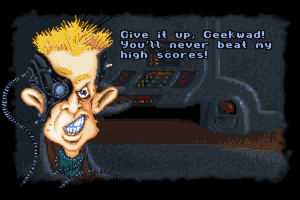 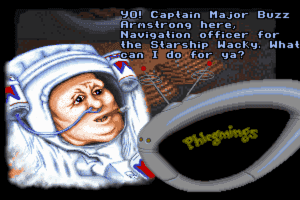 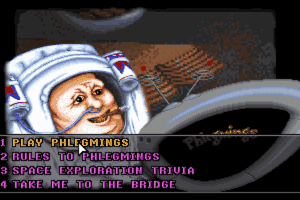 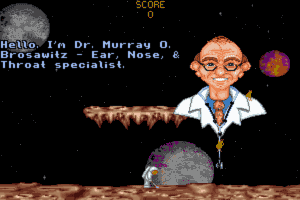 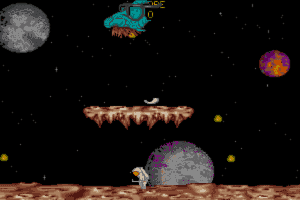 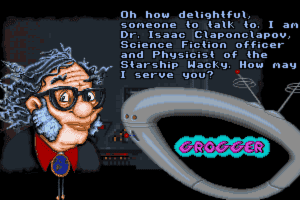 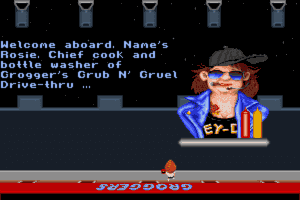 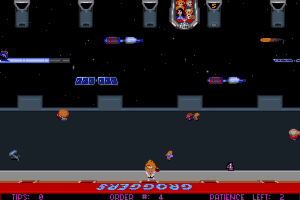 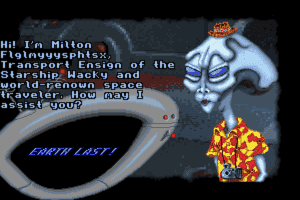 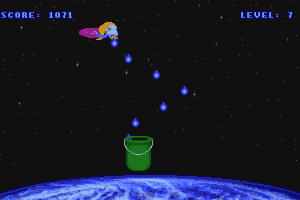 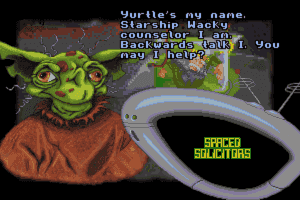 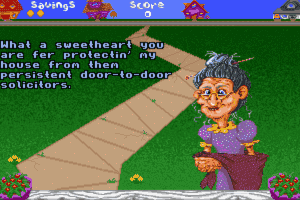 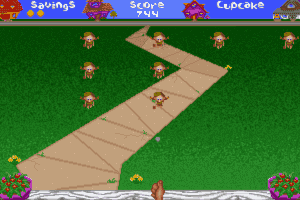 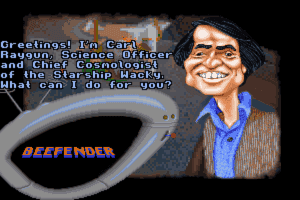 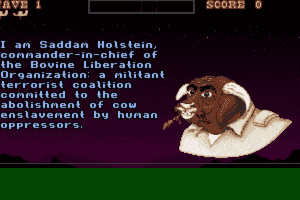 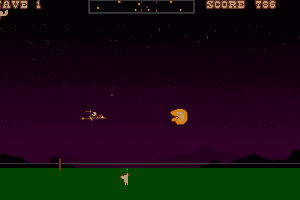 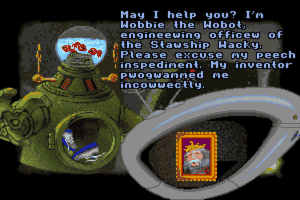 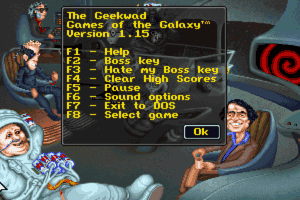 Learn some computer usage. There are many tutorials how to run old games on modern computers. It does work in dosbox. :)

When will people visiting this site learn that you can't just download 16 bit DOS games and expect them to work on modern computers/operating systems...

Game is not compatible with Win7 64bit :(

Share your gamer memories, help others to run the game or comment anything you'd like. If you have trouble to run The Geekwad: Games of the Galaxy, read the abandonware guide first!