The Queen of Hearts Maze Game

Description of The Queen of Hearts Maze Game

The Queen of Hearts Maze Game and Treasure Hunt are two of the earliest commercial maze games, both released in 1982. There is nothing much to say, except that the first game is a top-down ASCII maze game similar to Pac-Man, while the latter is a CGA 3D maze game played from a first person perspective.

The games bring some innovations to the simplistic gameplay of escaping mazes, though: The Queen of Hearts allows you to change the difficulty level, while Treasure Hunt can show a 2D automap of the maze to help you navigate. Your goal in both games are similar: collect as many treasures/point items as you can, while avoiding the nasties.

They don't stand the test of time very well, but they are nice examples of what early maze games look like :) 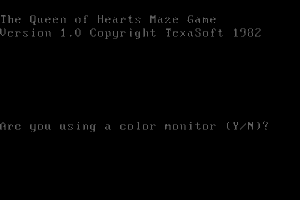 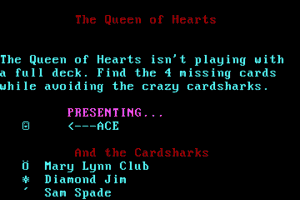 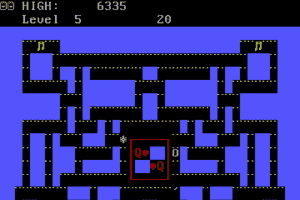 Share your gamer memories, help others to run the game or comment anything you'd like. If you have trouble to run The Queen of Hearts Maze Game, read the abandonware guide first! 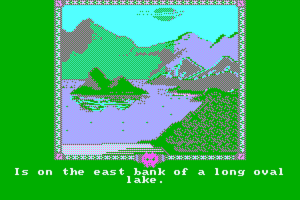 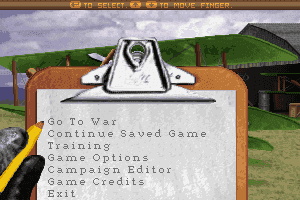