My second most favorite Infocom game (after Steve Meretzsky's A Mind Forever Voyaging) and undoubtedly one of the best games ever made in any genre, Trinity is a forgotten classic that combines astute literary metaphors, excellent prose, clever puzzles, and a huge dose of imagination that could only come from Brian Moriarty, into a captivating, very moving tale.

You are an American on vacation in future London when World War III interrupts the daily routine with the dropping of a bomb. Whether by chance or design, you survive the devastation with the help of a magical portal and a strange voice inside your head. Stepping through through the portal, you discover a world of wonder unlike anything ever seen in interactive fiction. The game will take you through a whirlwind tour of space-time that juxtaposes the real with the unreal. You will eventually wind up in the New Mexico desert, minutes before the countdown to the culmination of the Trinity project-- with a chance to change history forever.

In Trinity, Brian Moriarty accomplishes what few IF authors are able to do: combine an intriguing, original premise with outstanding writing and ingenious puzzles. The game's writing will draw you into its fantastic world... so much so that you can almost visualize the magical mushroom portals, feel the eerie suspension of space-time, and be moved by the sight of a crippled Japanese girl.

The game's puzzles are tough, but they are never illogical, and they mesh within the game world seamlessly. The game's anti-nuclear message is powerful, but never overbearing, and many of its stronger literary metaphors (e.g. the umbrella, the sundial, and the crane) will stay with you long after the game is over.

The bottom line is that, while a bona fide literary masterpiece, Trinity will not appeal to everyone. Those who don't "get" the game will likely write it off as just "another" piece of incoherent storytelling that is full of incomprehensible puzzles and illogical plot. Those who do "get it," on the other hand, will be well rewarded with one of the most immensely entertaining and thought-provoking works of interactive fiction ever made.

Adventurers be warned, though: Trinity is much harder than an average Infocom game, and there are many instances in which you can get irrevocably stuck without knowing it (the incident involving a furry animal and the endgame are cases in point). Save early, save often. 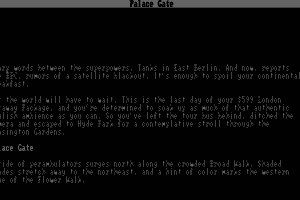 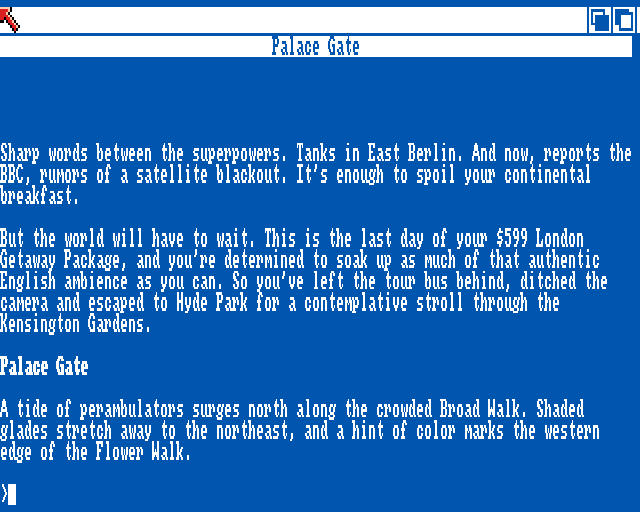 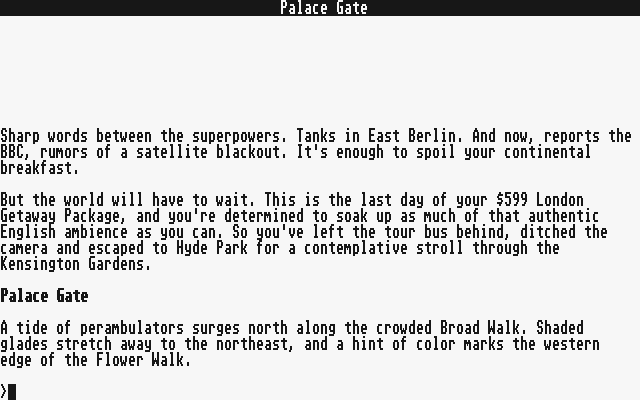 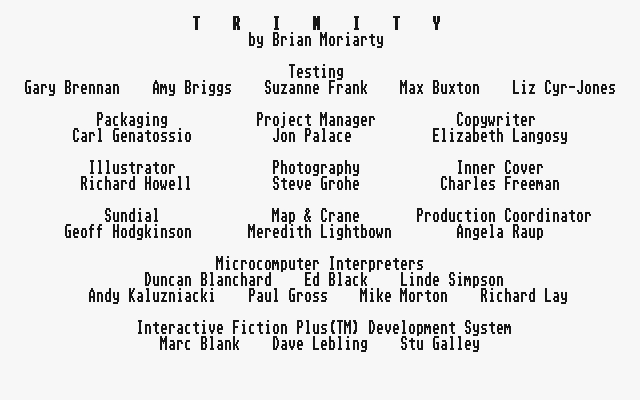 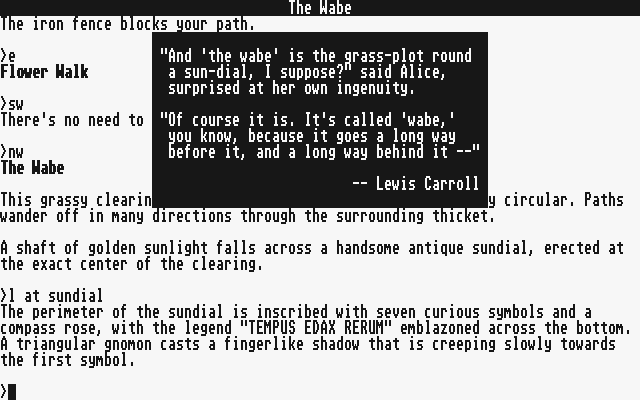 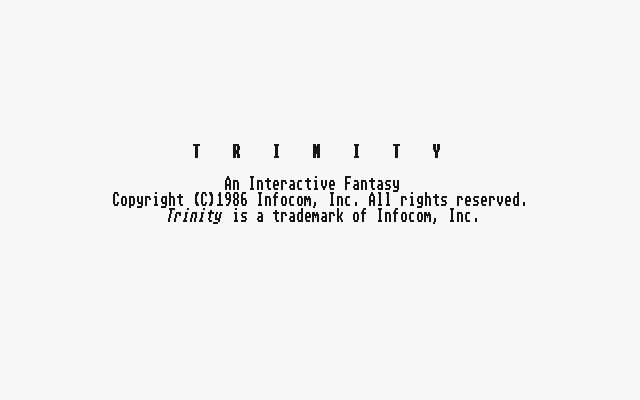 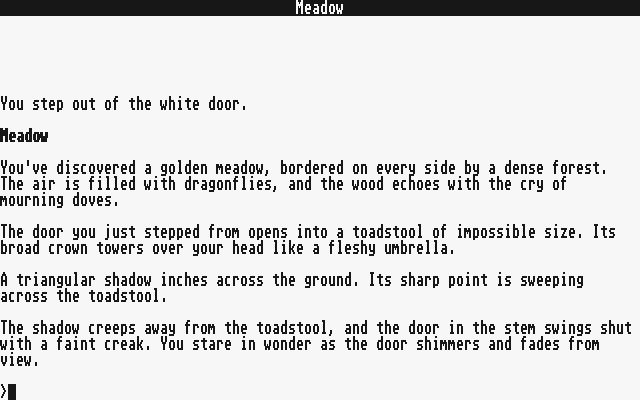 There is no game, only a thing asking you how many columns and rows you want the screen to be.

I wish it is a goods game

Thirty-two years after purchase, I finally finished this game. It took me two full weeks, so yeah, I would have to agree this is harder than most Infocom games.

Share your gamer memories, help others to run the game or comment anything you'd like. If you have trouble to run Trinity, read the abandonware guide first! 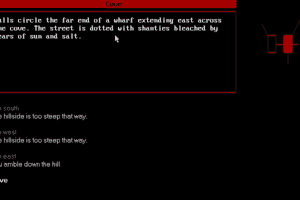 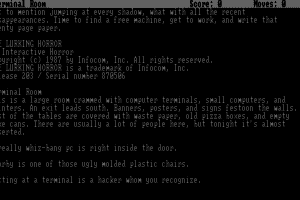 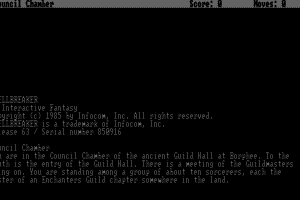