Probably the most famous ASCII-only game ever made and also the most ambitious, ZZT is the first release from Epic Megagames, a humble shareware developer that is now one of the best game developers in the business.

The most amazing thing about this classic action adventure is not only that it's incredibly addictive (even with just ASCII characters running around), but that it features an amazingly robust built-in programming language called ZZT-OOP that allows you to build just about ANY kind of game. As to what the game itself is about, here's what the Official ZZT Home Pagel says: ZZT is an action/adventure game based on object-oriented programming. To complete Town of ZZT, you must master 43 game boards filled with creatures and ingenious puzzles.

The game is very challenging and requires a good amount of brain power as well as fast reflexes. I wouldn't call the puzzles ingenious, most of them just involve running around the map finding the right keys to doors, while collecting various gems to buy weapons, torches to light your way, and ammo for your weapons. But as said earlier, the amazing ZZT-OOP language more than makes up for the lackluster game, and is the primary reason the ZZT community is still alive and well. Epic never released source codes to the game, so there are limitations as to what the utilities can do. That doesn't discourage die-hard fans to coding new programs altogether that improve upon ZZT in various ways: Megazeux, ZIG, and ZZT++, to name but a few, are excellent successors to ZZT's legacy.

This is surely one classic that truly spawned a genre of make-your-own-ASCII-games, and a living proof of how great gameplay can be achieved even without graphics. It has recently been released as freeware, so there's no excuse not to try out this ASCII masterpiece and explore literally thousands of ZZT games around the Internet. Two thumbs up, way up! 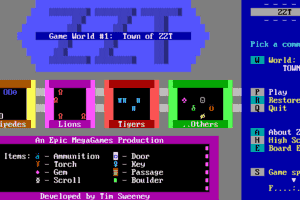 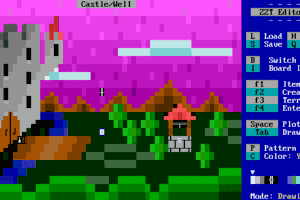 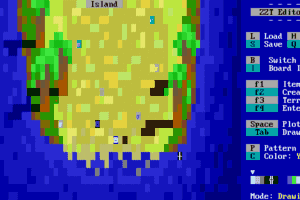 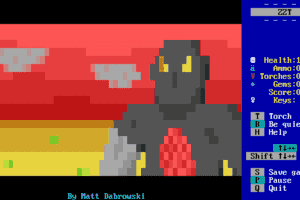 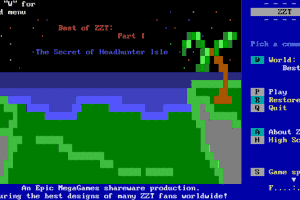 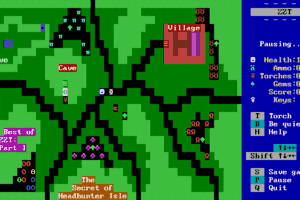 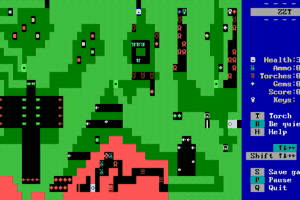 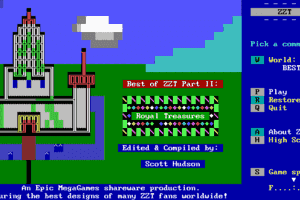 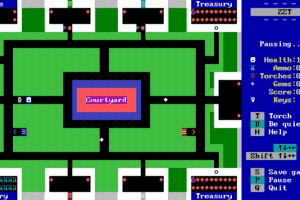 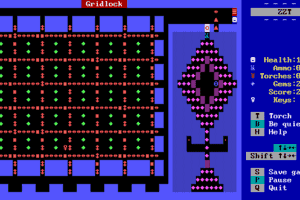 They brought back ZZT on museumofzzt.com You can check it out there! I'm thinking of making a swell Epic ZZT game based on Code Red. IT'll Be AWESOME

Wow, I just finished going through all 330 pages of DOS games. I'm sad and happy at the same time. Sad because it ended. Happy because I just amassed a ton of games I couldn't afford when they first came out. Some of which I'm glad I didn't waste money on, despite the fact that they are still nostalgic and hold a special place in time of nothing else. I weep for the old days.

I seriously MISS this game. I used to make my own zzt games when I was like 7 years old.

PS - the above poem is in memory of ZZT creator Jack Masters AKA 'Flimsy Parkins", who committed suicide in 2015.

Tim Sweeney created far more than just a game when he released ZZT; he created a massive community that was enabled by the stupendously simple visual programming language (ZZT-OOP) and interface. Including a full-blown level editor that could export/import individual levels and whole worlds *with the shareware version of the game* was a move that most publishers would never consider. But its simplicity and price tag meant that penniless teenagers could and did release worlds that beat the original four, that thousands of people could focus on creating instead of having to first struggle through arcane computer code.

After over 25 years game creation has finally ground to a halt (and then only due to ZZT's technical limitations) but we had one heck of a ride. This is the game that launched an international company and a community which will be forever grateful for the memories.

"If tears could build a stairwell and memories a lane,
We'd ZAP a path to heaven and we'd bring you back again.
If death were nothing more than just a dark and winding path,
We'd +give a million torches and we'd light your way right back.
If Charon's ferry worked both ways if one could pay his fee,
We'd +give a million gems so that your face again we'd see.
If life was like a game where you could simply be revived,
We'd +give you all the health you'd need to bring you back alive.
We loved your games and comics, your rants and insights too,
But most of all we loved the one who made them...and that's you."

("ZAP" and +giving refer to to cheat codes in ZZT where one can cut through terrain and give oneself extra resources.)

I have finally browsed through all 307 pages of DOS games. Thank you for your hard work, Administrators.

I was wrong in my comentary below: This is the original ZZT edition! The Pictures had make me believe that this could be the "best of ZZT". Anyway, I give it 5/5 stars!

If this is really "the Best of ZZT" edition, why "The Secret of Headhunter Isle" and "Royal Treasures" are not included?

Great game!!! Its graphics are so simple you are forced to IMAGINE the monsters and the rooms...quite like a book!!! Hard as hell too!!!

Was one of the best games of it's time and largely under rated.

Greatest ANSI gfx game ever created.
Even with just ANSI graphics this game manages to be better looking than ALL CGA, even EGA gfx PC games!

Share your gamer memories, help others to run the game or comment anything you'd like. If you have trouble to run ZZT, read the abandonware guide first! 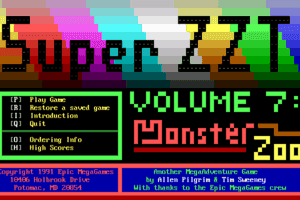 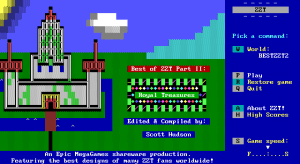 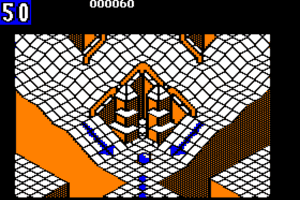 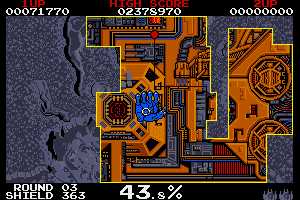 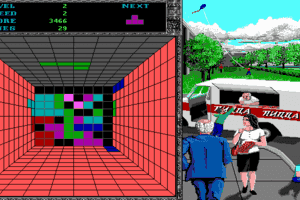 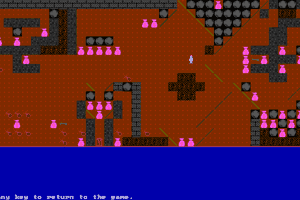