HyperBlade is a superb futuristic sport game that is the closest thing to a 3D version of Bitmap Brothers' classic Speedball game (that is, until the next generation Speedball game comes along, whenever that may be).

As in Speedball, HyperBlade is a violent "street hockey" game of the future, where games are played in a concave, oval-shaped arena called a "drome." Power-ups, speed boosts, ramps, and simple team management (for substitutions) are part of the game that lets you eliminate opposing players in rather gruesome fashion - decapitation, for instance. In addition to an aggressive AI, HyperBlade also lets you play against other human players in IPX (or TCP LAN only) mode.

The Games Domain describes this fun but violent game in more detail: "To begin a game you must choose your team and then compete in either exhibition or gauntlet play. In an exhibition game, you can choose the two competing teams as well as the drome in which you will play in. Gauntlet mode offers more of a challenge as you must defeat all eleven opposing teams in succession without losses in order to capture the league title. Losing even one game returns you to the beginning, and your athletes who die during game are gone from your roster for the remainder of the tournament.

Choosing a team in HyperBlade changes more than the color of your jersey, as each team consists of players of varying ability. Individual athletes have different stats in strength, speed, stamina, etc, which affect how they perform in the drome. Some teams require different play styles than others due to strengths and weaknesses of its team members, which adds more variety to the game. After the team is chosen, you must select your starting rotation for the game. Usually the two default forwards are the team's strongest players but you can customise your team to your tastes by substituting in from your bench. However, whoever you leave on the pine will probably see lots of action in the game anyway as your starters receive injuries and such. Keeping in synch with the game's "kill or be killed" mentality, the athletes have a variety of fighting moves at their disposal. In order to be successful, you not only have to defend yourself against attacks, but also take aggressive action when necessary. Body checks and tripping are great ways to slow down your opponent or knock the rok from their control. Attacks such as slashing, punching, kicking should be used whenever possible as each hit landed lowers the health of the target. Players die when their health reaches zero, although substitutes can be brought into the game at any time to replace the injured. This brings about another method through which the game can be won. If you manage to kill all four of the opposing team's forwards and then score a goal, you win the game no matter what the score happens to be. Sometimes this is the only way to come back and win a match when the score is blown wide open.

HyperBlade is a certainly unique gaming experience. In combining modern day sports with radical futuristic ideas, an interesting new game is created. The use of spectacular graphics and sound creates an ultra-realistic playing environment for the fierce competition of HyperBlade. The explicit violence that dominates much of the game will appeal to some gamers. However, those who cannot stomach the sight of blood and gore are forewarned as there is plenty of it in the game. For parents though, there is an option to eliminate the blood that can be activated at personal discretion. HyperBlade is excellent choice for both action and sport fans alike." 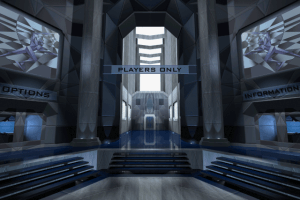 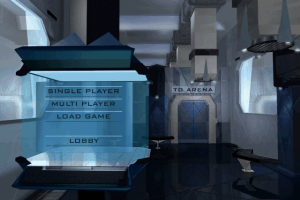 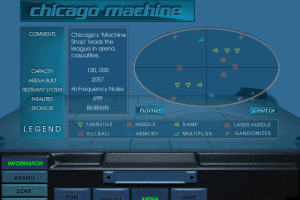 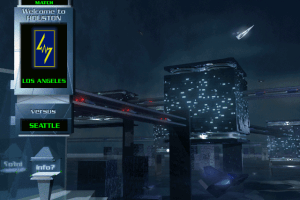 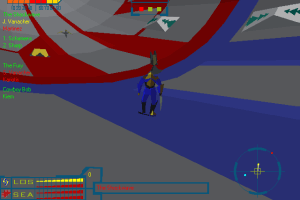 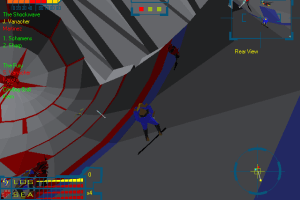 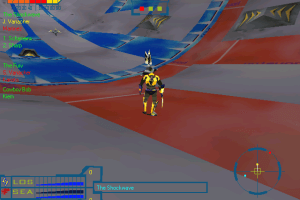 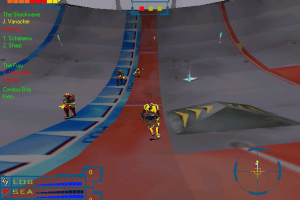 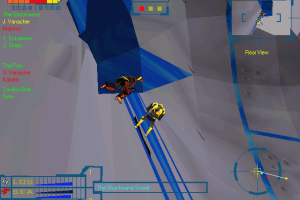 The reviewer neglects to mention two important features. 1. If you decapitate an opponent you can score with their head. 2. Between games are ads for futuristic Ford's that are actually coming into the market now, in some form

Share your gamer memories, help others to run the game or comment anything you'd like. If you have trouble to run HyperBlade (Windows), read the abandonware guide first! 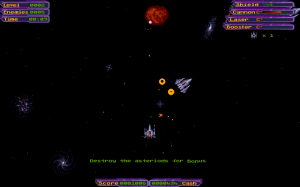 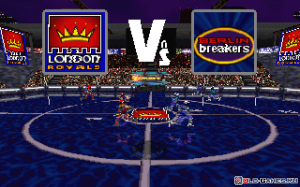 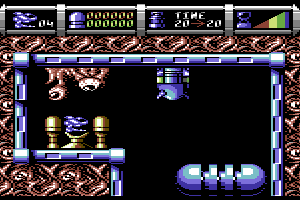 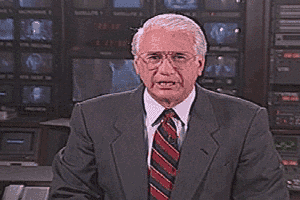 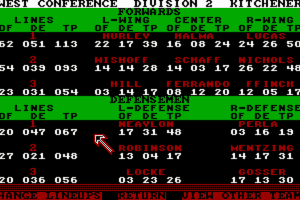