Description of Labyrinth of Crete Mac

The second game Cliff Johnson (Fool's Errand) designed for Phillips Interactive is virtually identical to Merlin's Apprentice, with ancient Greek myths as the backdrop this time instead of Arthurian legends.

The game's premise is that you have been sentenced to death for stealing from Hera, Queen of the Gods. The only way to freedom lies in the twisted path of the Labyrinth of Crete. Each turn presents new puzzles, angry gods and goddesses, and deadly monsters to thwart your attempt at escape. Puzzles in Labyrinth of Crete will be familiar to anyone who has played Merlin's Apprentice. There are some action puzzles that require you to click on objects that float by, several logic puzzles that involve moving objects into a certain configuration using only a few types of movements, and word puzzles requiring deciphering some encrypted sentences. The game has three difficulty levels which can be set on a puzzle-by-puzzle basis and changed during the game. And, like Merlin's Apprentice, the state of partly finished puzzles is not saved when you close your game. The logic puzzles, naturally, present the most challenge, although some of them can be quite hair-pulling at hardest difficulty level. The bottom line is that anyone who likes Merlin's Apprentice will love Labyrinth of Crete because they are virtually the same game, although Labyrinth has a more interesting plot, cutscenes, and arguably higher educational values since there is a lot of information about Greek mythology. Not Cliff's best work by far, but is still very, very good. Thumbs up!

Note: A big "thank you!" to the wonderful designer Cliff Johnson who not only granted us permission to distribute the game, but also uploaded it to our humble server :)

Share your gamer memories, help others to run the game or comment anything you'd like. If you have trouble to run Labyrinth of Crete (Mac), read the abandonware guide first! 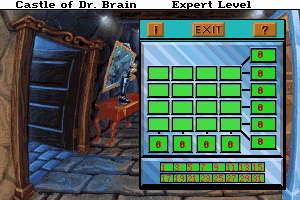 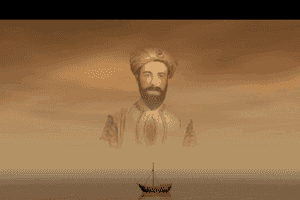 Crusader: Adventure Out of Time
Mac1997 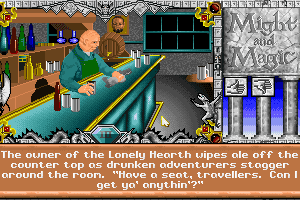 Might and Magic III: Isles of Terra
DOS, Mac, Amiga1991 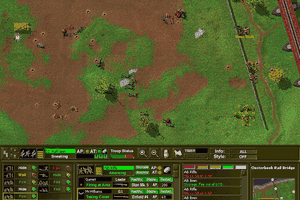