The gushing review at GameSpot says it all about why this game belongs in every racing fan's library: "Before I begin reviewing Sierra's NASCAR 2, allow me to make one crucial point: NASCAR 2 is not a toy. I thought I was fairly adept at your average brake-accelerate PC racer, but NASCAR draws a thin line between exhilarating action-racing and strategic planning. This is a game where every track must be considered individually when tweaking the design of your car, where you need to know where and when to pit, all while staying aware of your competition's position on the road.

After a few hours of roaring around the oval, taking cues from your spotter through a headset (let's assume you're wearing headphones during your game) it becomes startlingly clear: NASCAR 2 is so realistic, it's scary.

First of all, NASCAR 2's graphics are top-notch. Sierra has improved on the frame rate of the first game, making for fluid car animation, and realistic body damage. Simply put, this is as close as most of us are going to come to participating in an actual televised race. As an added bonus, Sierra has included a paintshop-style program where you're given the opportunity to customize the artwork of any car on the track. Slap your dog's name on the hood, a smiley face on the bumper. The association doesn't care: In NASCAR 2 the car is your canvas. I don't mean this wholly in an artistic sense. Half the fun of NASCAR 2 is making the ever-so-slight adjustments to your vehicle's tire pressure, foil height, camber, and gear ratios to achieve optimal performance for a particular track. Experienced racers - whether they're the real McCoy or just veteran desktop competitors - will know what all these arcane terms mean from the start.

However, before hitting the first NASCAR track, most of us are going to need an quick learner's course. An easy to understand which-element-on-your-car-affects-what diagram made it all clear, and in no time at all I began to experiment until I felt I had a firm grasp on exactly what I could tweak to make my V-8 the finest machine on the track. The AI in the game is pretty incredible. When you accidentally blindside another vehicle (or even on purpose, if you don't believe in good sportsmanship), the other cars realistically slow down or cautiously slide out to avoid a collision. It's funny, but although NASCAR 2 doesn't purport itself as being the kind of body-casualty ride that Psygnosis' Destruction Derby 2 is (with its incredibly realistic incremental car damage - fenders mashing in, hoods flying off, wheels tearing from their axles, bouncing down the track, requiring a tow into the pit-stop), it certainly rivals that game damage-wise.

If you collide with another vehicle because you performed an action contradictory to your spotter's directions, he'll remind you of your ineptitude with a reprimanding "What kind of bone-headed move was that!" And at that point, you're probably so absorbed in the race that you'll want to go back and apologize to him personally. That's the kind of complete immersion NASCAR 2 offers. It's a completely professional game, both in its execution and in its dedication to the NASCAR tradition.

I'm writing this review largely for gamers out there who are intimidated by realistic sims. Games like Grand Prix 2 and now NASCAR 2 have converted me: I can now rest my rocket-launcher temporarily to carry on some in-depth racing." 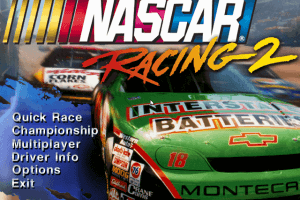 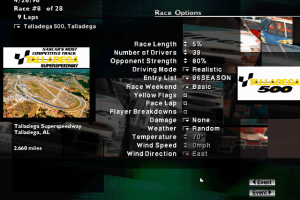 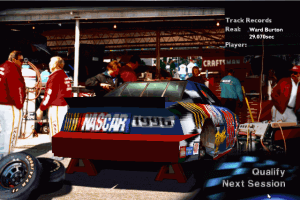 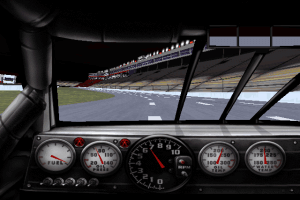 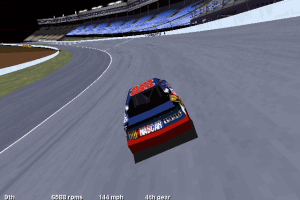 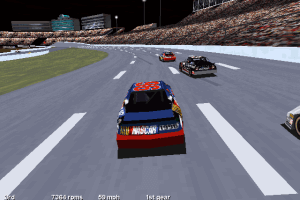 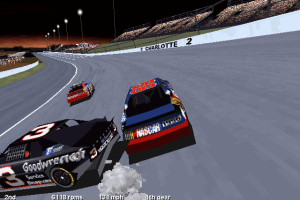 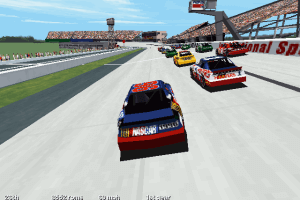 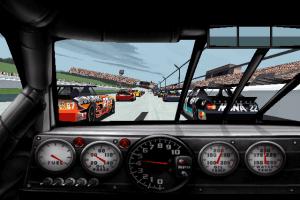 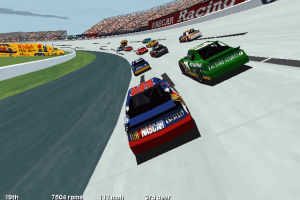 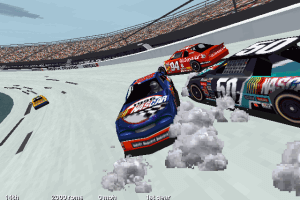 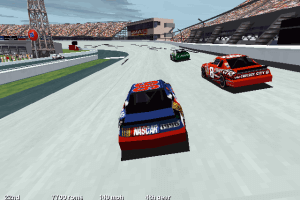 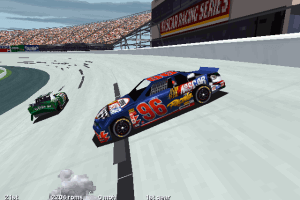 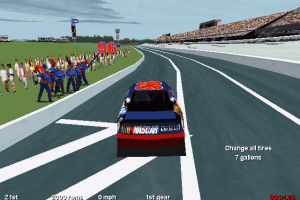 Man gaming companies could learn so much from Papyrus. They cut to many corners now a days and It shows! I miss back then. I called the cheat hotline and asked for a martinsville track setup and the guy I remember he laughed so hard and told me to get a life kid hahaha

i have a problem when i try to open nascar2.exe says
unable to find nascar2 in "
please help me thanks

This game was an insane simulation. Ending with Nascar Racing 2003 Season, these Papyrus Nascar games were the pinnacle of realism that is only now beginning to be matched.

Share your gamer memories, help others to run the game or comment anything you'd like. If you have trouble to run NASCAR Racing 2, read the abandonware guide first! 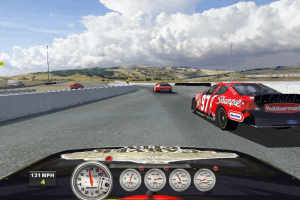 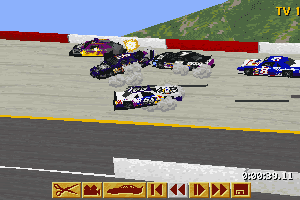 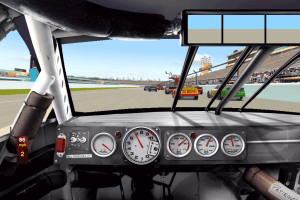 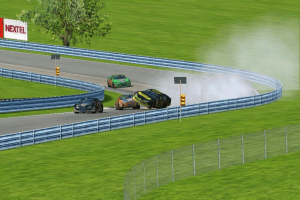 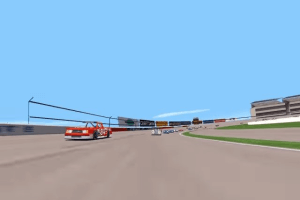 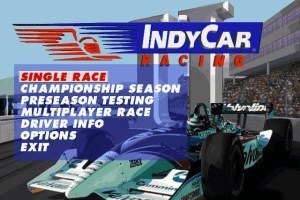