The cliché plot: save the human race on Dator 5 planet from the marauding Voraxian Hordes. The game has some interesting ideas that set it apart from other shooters. Your vehicle (named “Type 16” in the game) can transform into either a tank or an aircraft, and you can pretty much go anywhere you want as the gameworld is quite large. The SVGA graphics look excellent by 1996 standards, with many neat details such as inhabitants screaming and running away from the alien ship in the first mission. Most missions require you to save at least the minimum number of humans (those same screaming ones), but there are some variety thrown in for a change.

Another high point of the game is the variety of enemies. You will fight pterodactyls, spiders, mammoths, gun turrets, zombies, and other assorted enemies including the fearsome yetis. The controls are responsive and accurate, especially when using joystick. You can aim your turret up and down, strafe left and right, as well as turning and going forward. The lack of a reverse is annoying, but it is made up for by having a key that does an automatic 180-degree turn. You can play the game from a number of camera angles, from the traditional first-person perspective, to overhead, diagonal 3/4 view, side view, back view, and front view.

At the end of the day, Scorched Planet is a fun shooter that doesn’t set any new standards, but is good at what it does: providing a fun, no-frills adrenaline rush. The game does get repetitive after a while, though, so if you are expecting a complex game with long-term play value, look elsewhere. 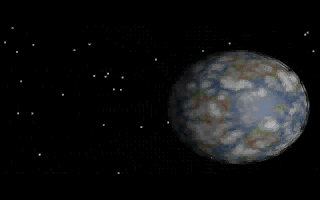 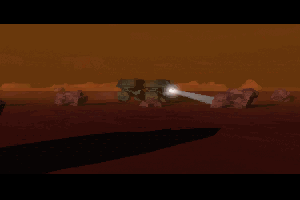 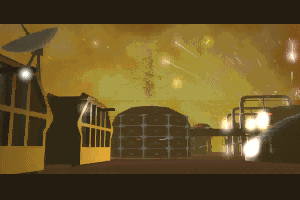 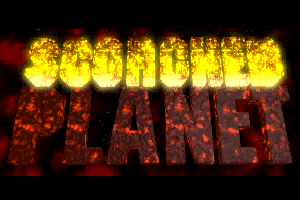 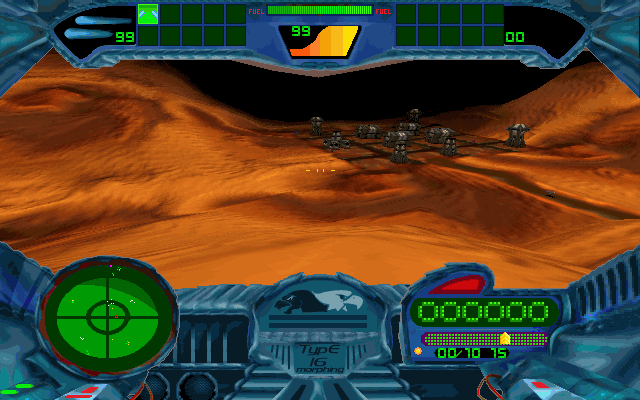 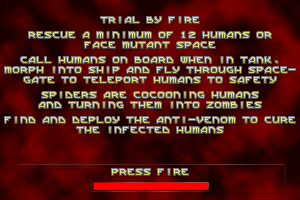 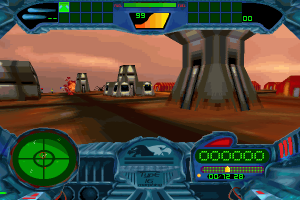 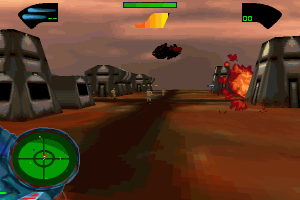 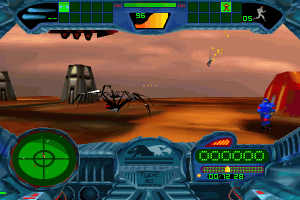 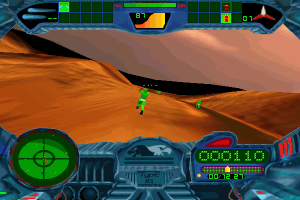 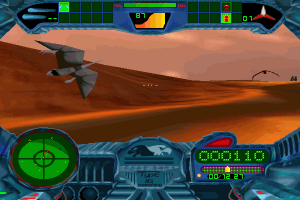 Share your gamer memories, help others to run the game or comment anything you'd like. If you have trouble to run Scorched Planet, read the abandonware guide first! 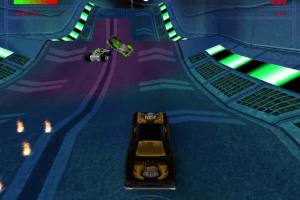 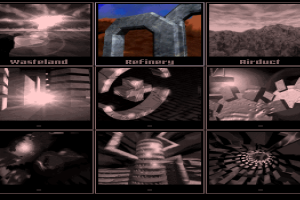 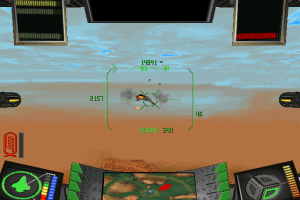