SpaceWar is the first PC port of the first computer game ever made - what more needs to be said? The game was first released for DEC's PDP-1 computer at MIT in 1960.

The Spacewar page at Wheels.org has some nice descriptions and anecdotes: "The first CRT display was a converted oscilloscope used to play SpaceWar. The first trackball (and thus, the first mouse) was a SpaceWar control at MIT. It is said that Ken Thompson salvaged a PDP-1 and created a new operating system, now called UNIX, so that he could play SpaceWar.

The gameplay was inspired by E. E. "Doc" Smith's Lensman novels. Two players go head-to-head, each controlling a ship in interstellar combat, trying to blow the bejeezus out of each other. There is a sun in the center of the playing field that exerts an inverse-r-squared force on all objects on the screen. A talented player can aim torpedos such that their trajectory is deflected by the sun's gravitational force until it intersects with the other player's ship."

This PC version by B. Seiler is very faithful to the original, down to the black-and-white vector graphics. You can toggle gravity pull of planet on or off, and play against another human player or a computer player. All this on 9KB no less. Whether or not you are interested in the history of computer games, SpaceWar is one classic that you wouldn't want to miss. 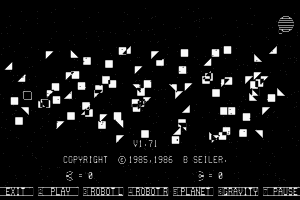 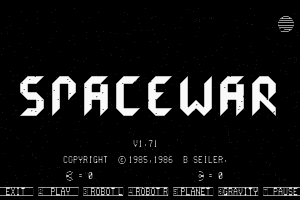 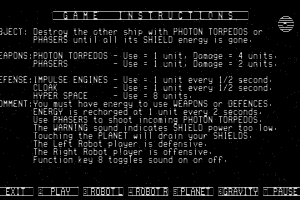 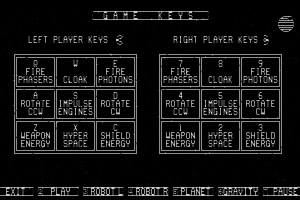 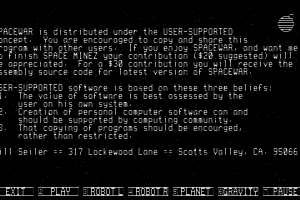 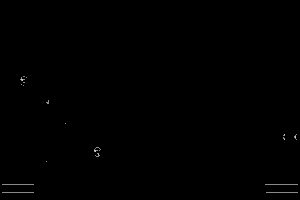 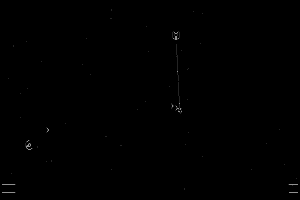 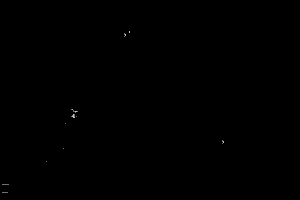 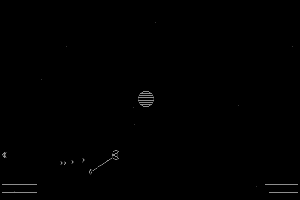 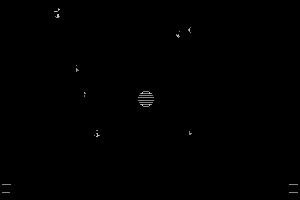 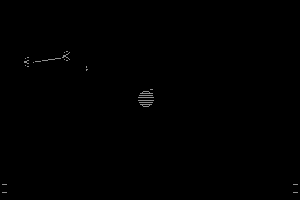 My brother and I would play this for hours. Can't wait to relive the nostalgia.

Also...Peter man... for reals? You 2002 computer is about 17 hears too new (might as well be infinity in tech years) to play this gem without an emulator. Slurredprey is right. Grab dosbox... install dosbox. If you don't know old dos commands, that's ok. Open the folder to where dosbox was installed, also have the exe file for this game open at the same time in another folder. Drag and drop the exe for the game onto the exe for dosbox and it will load it automatically for you. No dos experience required.

actually u need a dos emulator

I have not downloaded the game yet... quick question! I have a computer that I'm on right now that came all the way from 2002. iMac G4. Since this game is old and I am looking for games that WORK, will this game work on here or has it been updated 2019? I will download the game now. Thank you for your time!

Share your gamer memories, help others to run the game or comment anything you'd like. If you have trouble to run Spacewar, read the abandonware guide first! 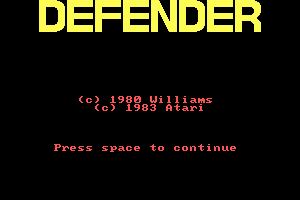 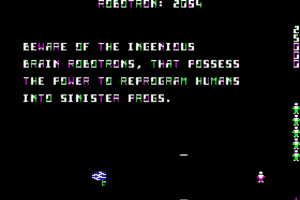 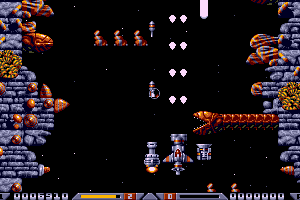 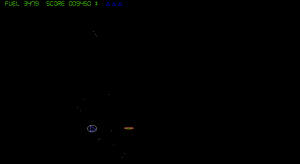