Based on the book of the same name (that was included with the game), Team Yankee is a decent 3D tank simulation based on an alternate history premise that the Soviet army has decided to heat up the Cold War and mount a conventional campaign into Central Europe.

You control a tank contingent that prowls the scenic (but unnaturally flat) countryside for Soviet tanks to destroy. The variety of tanks you can control is good, although it comprises mostly of M1 battle tanks, a few types of ITVs, Bradleys, and APCs. Each mission starts with a briefing map, where objectives are explained and available intelligence revealed. Here you have an option to call in artillery and smoke on a timetable (so timing is crucial). During missions, a scalable map allows for deployment of your forces and will return some intelligence on enemy locations, if sighted.

One of the game's innovative features is the ability control any or all tanks as your point of view. You can choose full screen, or to have the maps or vehicle views in a four way split-screen. Full screen affords more controls and greater visibility, while split-screen gives you a broader view of the battle. While Team Yankee holds great promise, the game is bogged down by very poor user interface and controls. For example, you can maneuver tanks on the map, setting their speed, spacing and formation, but for some reason you cannot control tanks from the vehicle view. Inching forward through a forest therefore means switching between the map and the tank view-- an unnecessary nuisance. You can not set way-points and the drivers are dumb-- you can't tell them to follow a road track, for instance. Fortunately, the enemy AI is about as dumb as your own drivers', so the game Weapons range from machine guns through HEAT, Sabots to TOW missiles. Infrared allows you to see through smoke, trees and at night. A wide variety of Soviet vehicles, from soft to very hard, are represented.

In all, the mouse driven interface is attractive but awkward, with movement and weapons controls spread out in annoying ways. There are some keyboard shortcuts but these are poorly laid out. The small 4-way screens do allow for changing weapons, but not the other options. This makes the game unnecessarily difficult to control, and you'll find yourself at a distinct disadvantage in later battles, since you are left with whatever tanks survive the previous engagements. This means that later missions are practically unwinnable, and you have no choice but to keep a lot of saved games and restore constantly. The missions are interesting and fairly accurate, but trouble always comes from the same places every time, so the game is quite linear and predictable (though no less difficult).

Being able to play the Soviet side would have been interesting, as well as a random mission generator. Still, Tank Yankee is an ambitious tank sim that deserves mention for what it tries to do, although very poor user interface and bad AI really detract from the fun. 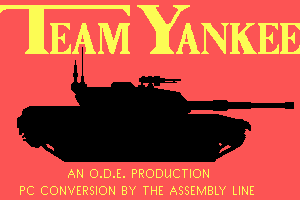 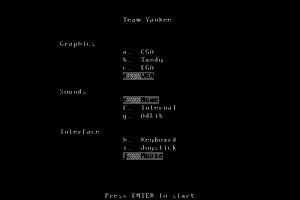 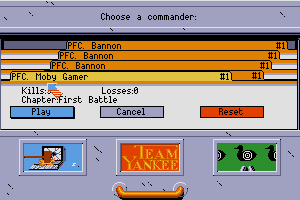 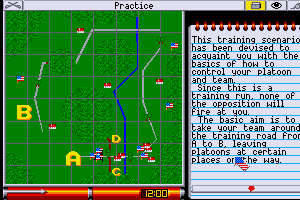 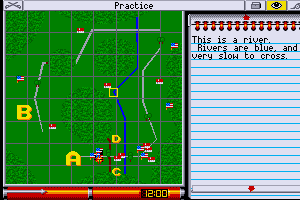 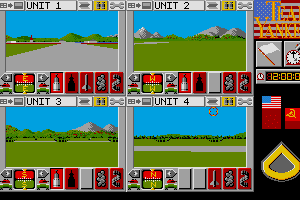 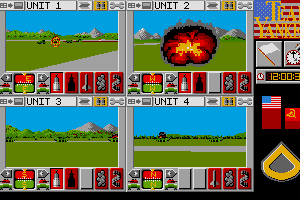 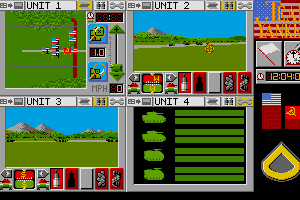 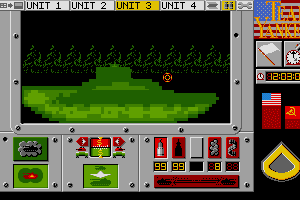 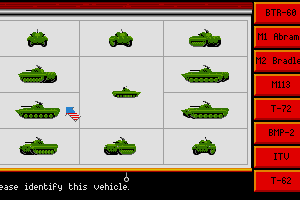 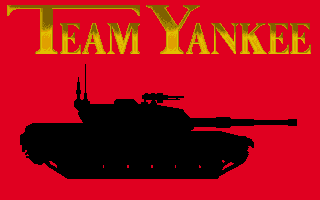 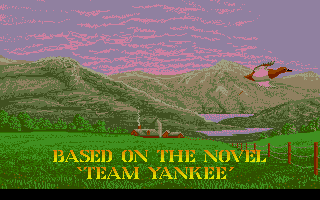 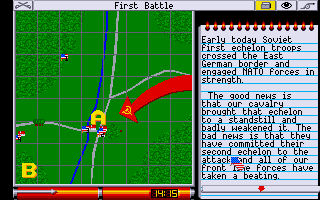 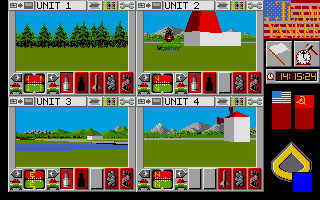 Played this game on my Amiga back in '93. Even with the terrible controls and sub-par AI I made it through to the end. a big problem with the game is the lack of a random scenario generator that would allow for better replay value. Just like real life the Warsaw Pact forces follow very strict time tables and movements so once you know their plan it all comes down to rote memory.
Still, I liked it enough to finish it.

Share your gamer memories, help others to run the game or comment anything you'd like. If you have trouble to run Team Yankee, read the abandonware guide first! 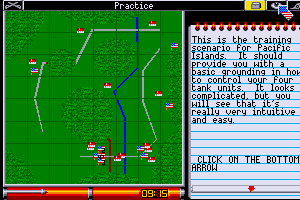 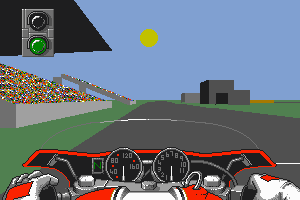 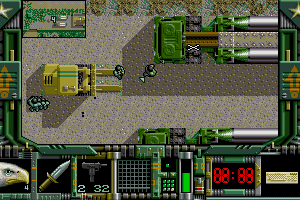 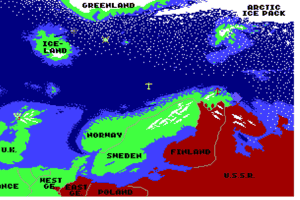 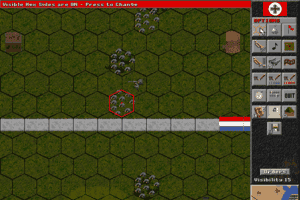