Description of The Goonies

The Goonies is a great multi-level platformer game based on movie of the same name.

Rob Strongman says it all in his review of the NES version for Classicgaming.com about what makes this game a classic: "The Goonies controls a lot like The Goonies II. However, there the similarities end. TGII was more like a Metroidesque quest game, while The Goonies is more of a puzzle game, kind of like the old game Montezuma's Revenge (SMS). Mikey must run around the Fratelli's hideout, freeing the other Goonies from these rooms that they've been locked in by Mama and her boys. To open the doors (each one marked by a huge skull), you must collect a bomb and set it off in front of the door. The rats running around the Fratelli's hideout carry bombs, as well as other items. You must also find keys, which are also trapped behind doors. When you have gathered all of the keys in a level and freed the trapped Goonie, you can move onto the next level. ...The controls run pretty smoothly - I had very few problems with them. The controls are quite simple - A jumps, B kicks and pushing Down and B drops bombs. A word of warning, though: when you've dropped a bomb, GET OUT OF THE WAY! Mikey has a life bar, but a bomb blast will kill him instantly. The music is also quite good - the game even has a rendition of Cyndi Lauper's "The Goonies 'R Good Enough". It sounds just like the one in The Goonies II. The rest of the music, although not quite as memorable, is pretty good." The game is overall well worth a look, especially if you enjoy puzzle/arcade hybrids like Epyx' Impossible Mission II. 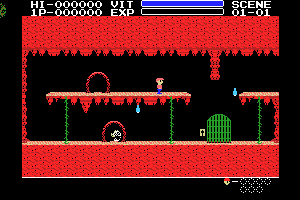 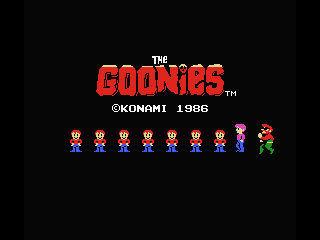 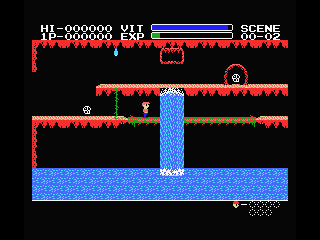 Got to love the classics.

Share your gamer memories, help others to run the game or comment anything you'd like. If you have trouble to run The Goonies, read the abandonware guide first! 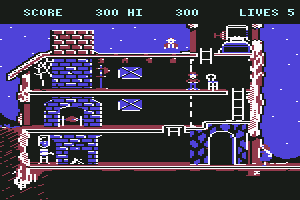 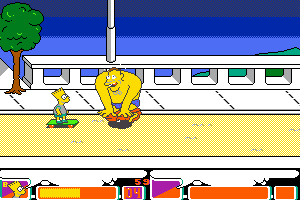 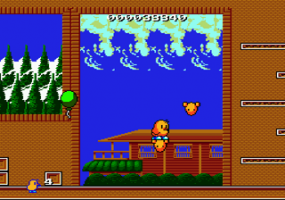 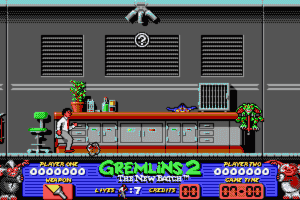