Description of The Warp Factor

Warp Factor is basically a crude adaptation of the Star Fleet Battles miniature rules. With lack of official Star Trek license, the names were slightly changed and released any way.

This game is mainly about starship tactical combat, making it a distant ancestor of Interplay's Star Fleet Command years later. Aside from many commands such as ship formations, etc., the game was also among the first that let you design your own ships.

Definitely an early starship command classic that would influence generations of successors. [thanks to Kuo-Sheng for the information] 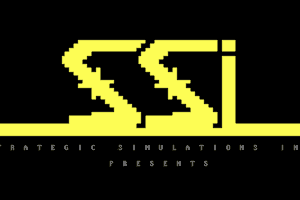 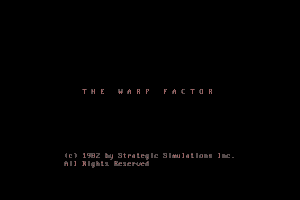 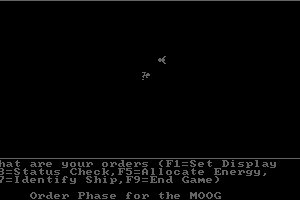 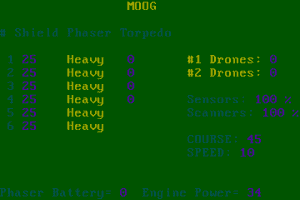 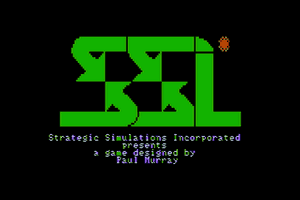 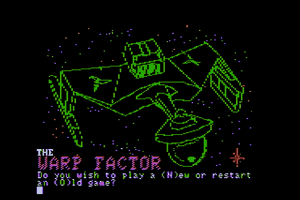 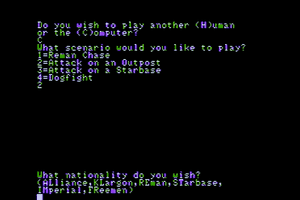 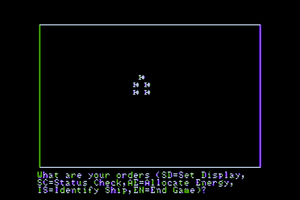 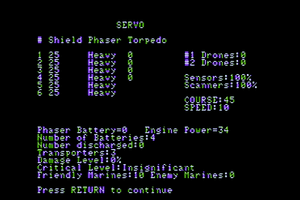 Wow! Can't believe I found this game. I bought this game when it was first released. Very addictive gameplay for it's time if you like turned based tactical space combat.

Share your gamer memories, help others to run the game or comment anything you'd like. If you have trouble to run The Warp Factor, read the abandonware guide first! 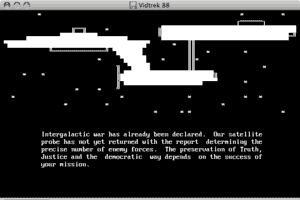 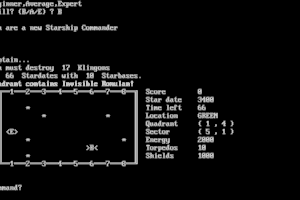 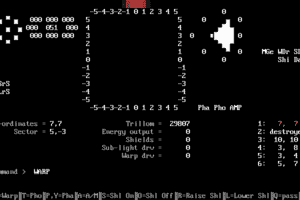 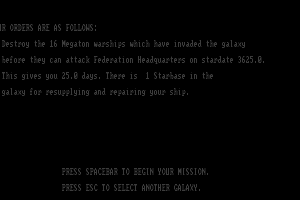