Probably the most obscure game ever designed by Looking Glass Technologies, British Open: Championship Golf is also a hugely underrated golf game that deserves recognition for the many innovations in the genre best known for numerous uninteresting Links clones.

The game eschews conventional golf game wisdom in many respects. For starter, forget the "more courses = better" tenet of typical golf titles. There are only two courses you can play in British Open: the prestigious Old Course at St. Andrews in Scotland, and the Royal Troon. This narrow scope allows Looking Glass to focus on details of both the courses and the tournament itself, and the results are so refreshing that calling the game authentic is a huge understatement, calling it atmospheric would be more fitting.

In contrast to most other golf titles (Links included) where it's just you and the green, one-man-against-nature style, courses in British Open are full of life. You will see huge crowds during tournament who cheer when you make a nice shot and jeer when you don't. While British Open is by no means the first golf game to license a real tournament (EA has done it with PGA Golf), it was the first to actually recreate the atmosphere of the tournament instead of just putting the license name on the box to attract gamers. Another excellent feature is the colorful commentary by legendary ABC Sports golf commentator Jim McKay (sadly missing in this CD-rip) hey, we don't have unlimited hard drive space to play with ;)

Like most other golfing simulations, British Open uses the swing meter interface: you first aim by placing a pole on the point you want to hit, then toggle the intensity you want your shot to be, after which it's time to swing and click at the right moment. There are different modes of play other than the actual tournament and different players to play against. You have the opportunity to play either Match, Stroke, Best-Ball, practice, or play in the British Open.

All modes are a lot of fun, but the heart and soul of the game remains the tournament mode, which pits you against the world's best pro golfers. Like in a real tournament, you have a caddie with you. Before each shot you can ask him for advice, at which point he will pull out his information sheet and give you the ability to learn more about the hole. He will also react to your shots, and do things a real person would, like acting impatient as you contemplate your next shot. In addition to the crowds, the caddie is a really cool feature that adds a lot of life to the solo nature of golf.

British Open lives up to the pedigree of other Looking Glass classics that are known for their realistic and complex physics model (e.g. Fly! and Thief). The golf ball travels and reacts like the real thing, watch when it hits a tree, and you'll appreciate Looking Glass' craft more than ever. There are realistic weather conditions that affect play. And to round off the atmosphere, you can even read up on the fascinating history of St. Andrews (the oldest golf course in the world) and adjust difficulty settings to suit your skills.

For all the strengths, there are some quirks in British Open that die-hard golf fans may frown upon, although they are hardly noticeable for the casual gamer. Although the graphics are superb, they lack the terrain details of Links LS and more recent titles, and the bunkers look downright ugly. The speed the needle moves on the swing meter also seems inconsistent: sometimes it will move quickly, and sometimes slowly. But despite little quirks like these, British Open will glue you to the screen with its superb rendition of playing a real tournament. The first time you have to hit out of a heavy rough with the wind howling against you and the crowd roaring around you, you will realize the excitement surrounding pro golf. If you are bored of the solo, "one man vs. the world" gameplay of other golf games, you will love the realism, atmosphere, and innovations in British Open.

Two thumbs up, way up. 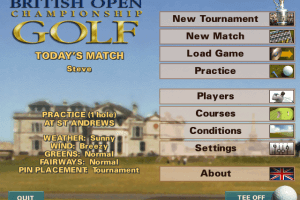 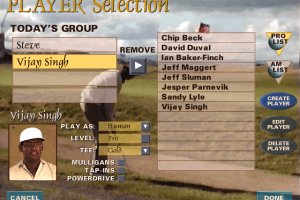 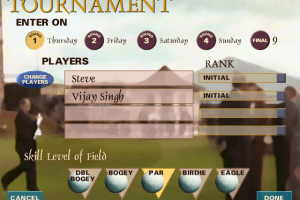 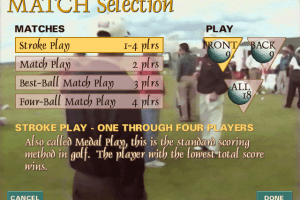 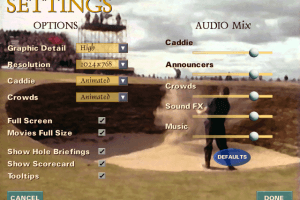 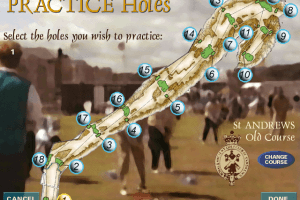 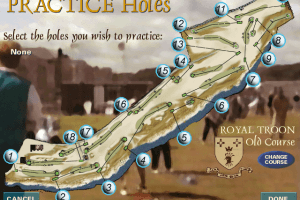 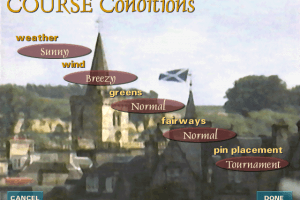 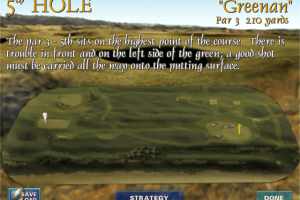 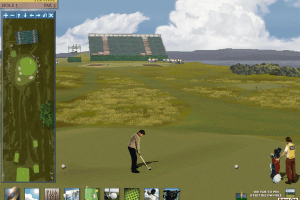 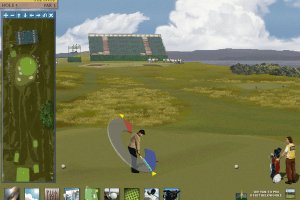 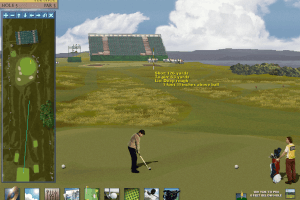 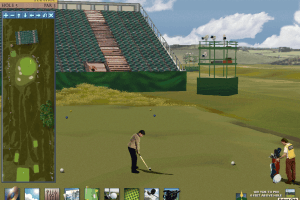 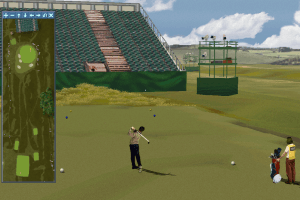 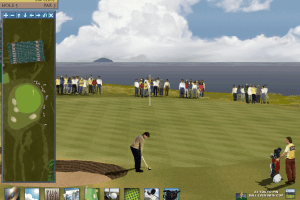 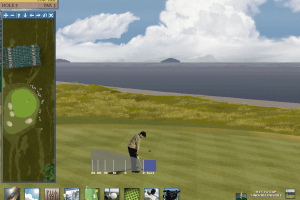 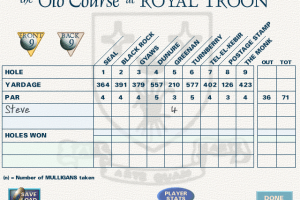 Share your gamer memories, help others to run the game or comment anything you'd like. If you have trouble to run British Open Championship Golf (Windows), read the abandonware guide first! 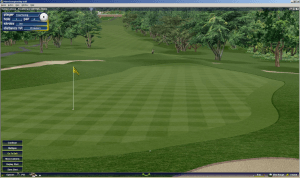