The Lost World: A New Genre

The success of Warcraft and Command & Conquer created a storm of successors and pretenders, all wanting to catch a share of the newly found popularity of real-time strategy games. Dreamworks, the Hollywood venture featuring Steven Spielberg, seeks to cash in on this phenomenon with a new title: Chaos Island: The Lost World. Instead of competing in the ultra-competitive market of "adult" games, Dreamworks Interactive targeted this game squarely at the children's arena. Yes, a real-time strategy game for kids.

Dinos on the Loose

Chaos Island gives the player control of a group of scientists who must defend an island and their research from evil hunters and dangerous dinosaurs. If you've seen the movie, you know the story. The game mimics the storyline of the movie in many ways, but does not follow the movie ad nauseum. Instead, key elements of the movie are integrated as mission goals in the game, striking a good balance between familiar plot lines and original solutions. By assembling a team from the cast of the movie, the player attempts to save the dinosaurs and keep from becoming "Dino Vittles."

The cut scenes are narrated by the voice of Jeff Goldblum and other actors from the movie. By using the real voices of the movie characters the game maintains credibility and adds infinitely to the polished feel of the game. I gather that the union rate for speaking is much less than the rate for acting and speaking, no live actors are used - instead, a picture of each character is placed on the screen with their voice. By placing "static interference" in the image, it appears that the satellite transmission is garbling the video, and one barely notices that the image is just a still photo. A nice effect.

The player, as team leader, must select other members of the game to complete the mission. Each player possesses different strengths and weaknesses in categories such as: speed, sight, carrying capacity, and offense. For instance: if you think you need a quick runner for a particular mission, take Sarah. Some missions allow you to select more than one character or a generic "research student" with minimal strengths.

The players can build bases using supplies found on the map, often stealing enemy supplies air-lifted to the enemy hunters. Bases provide tents (for sleeping off the effects of a gun shot), or for hatching dinosaur eggs. By building an egg hatchery, the player can add friendly dinosaurs to their team. Dinos make great friends in a battle.

As the game is targeted at youngsters, the missions rarely involve killing the enemy. The most violent objective I found was the destruction of enemy jeeps (I assume these jeeps were unoccupied - ha ha). Most objectives reward good behavior such as rescuing eggs, freeing dinosaurs, and returning the baby T-Rex to his mommy. Don't let the non-violent objectives fool you, the objectives are sometimes difficult to achieve. Playing on the "Hard" setting, I replayed the 7th mission 5 times before completing it successfully. On an even kinder note, when the players on your team are "killed," no blood is shed. Instead, a yellow "+" sign takes their place as they simply exit the game. The character says something about "Sarah's wounded" or "I'm outa here" instead of groaning in agony while your insides are being ripped out by a raptor. They handled this rather nicely and avoided the death subject altogether.

I enjoyed the game and believe the target audience will enjoy the game as well. My only reservation is the narrow target audience. Children ages 8-12 will no doubt enjoy the game if they can master the complexities of a real-time strategy game, and I'm certain they can. It doesn't play as a "dumbed down" Command & Conquer , but plays rather well given the limitations of the audience.

On the downside, the game comes with only 12 missions and these are easily completed on the "easy" setting. Without a "random game generator" to keep the game interesting, the lifespan of the game is rather limited. I would encourage players to play at a skill setting of "Hard" to spread out the life of the game. The only downside: if a child cannot complete a certain level on the "Hard" setting, there is no way to make the game "Easy" without starting back at scenario 1. Most missions are easily completed with persistence and a little bit of thought. Still, there is one scenario that almost requires the sacrifice of a research assistant to complete the mission - a concept that may be difficult for a child to recognize.

Yes, the game gets the prize. It breaks new ground and rewards smart children. We should expect good things from Dreamworks Interactive in the future. 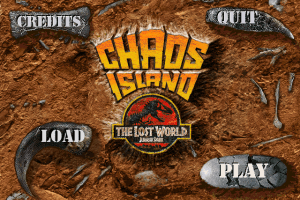 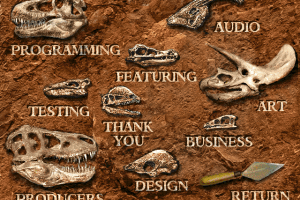 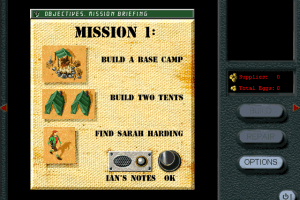 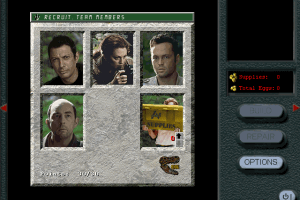 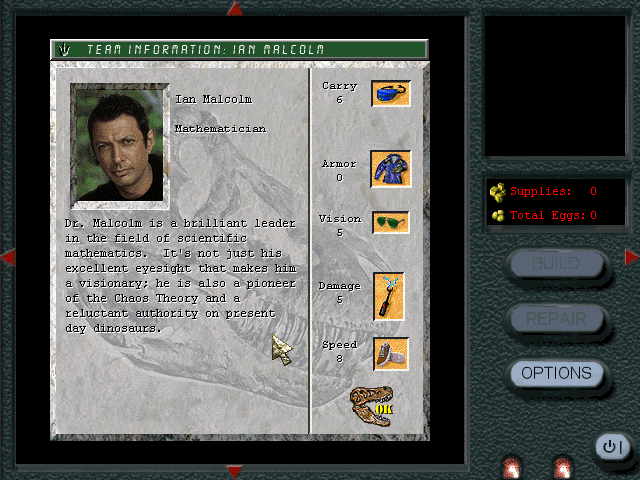 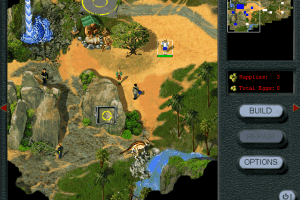 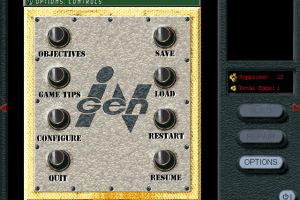 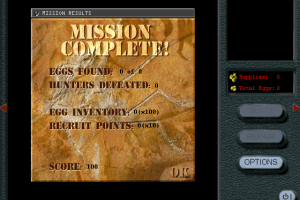 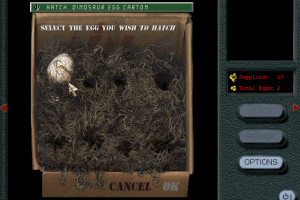 Share your gamer memories, help others to run the game or comment anything you'd like. If you have trouble to run Chaos Island: The Lost World - Jurassic Park (Windows), read the abandonware guide first! 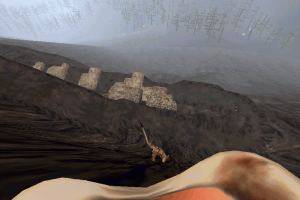 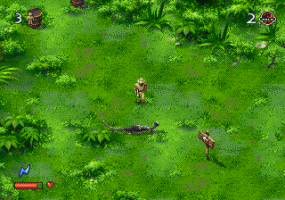 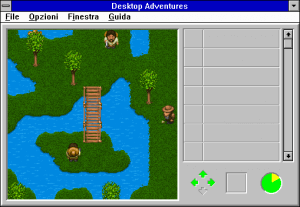 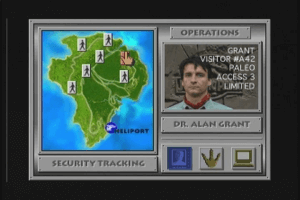