I tend to get excited when a new idea comes along, which isn't very often. But something about Ford Racing appealed to me. I like the thought of driving several Ford models through a variety of courses. Where else can one find small economy cars racing against family sedans, trucks and utility vehicles? On the surface, this sounded like a very nice game.

But as is often the case, nothing prepared me for the final product. Ugh. To quote a well-deserved 1970's phrase, FORD = Found On Road Dead.

Players are given two choices: Quick Race and Career mode. Don't get excited about Quick Races - only the dull and boring cars are available out of the box. That means you'll race around with a Ka, Escort, F-150 or Explorer. To be honest, I'd just as soon avoid ever driving a Ka or Escort. Please. I have my pride. The other two, the F-150 and Explorer were never, ever meant to drive fast around a track with turns, and this becomes all-too-obvious as the race progresses. Taking a hairpin turn in an Explorer is not fun. It is dangerous. And boring. And slow. And it doesn't exactly accelerate out of the turns, if you know what I mean.

Behold, the Goodness of Thy Bounty!

Visually, this game ranks among the most impressive I've seen. Elite (the developer) has delivered a very impressive array of tracks - with strong attention to detail and excellent textures. Elite has also created high-detailed, high-polygon car models.

Now that I've covered the best aspects of the game (the basic idea and the graphics) I am free to explain exactly why this game belongs in the trash.

Most, if not every, racing game allows a variety of driving views - above and behind the car, inside the car (with and without interior overlay), bumper-level, and extreme 3rd-person (further back and behind the car). I, for one, prefer the view inside the car, usually with the interior overlay. That view is not an option. In fact, there is only one way to play this game: 3rd-person (from above and behind). Egad! It's as if Elite has decided that every other successful racing game had it all wrong. Elite has assumed that the only view anyone could ever want would be the 3rd person view. Even if the vast majority of gamers play with this view, it should be an option, not a directive.

This bad decision ripples through the rest of the game. The 3rd person perspective is great for showing the next bend in a curve, but absolutely dreadful at conveying a sense of speed. Though the speedometer often reads 100mph or greater, it feels much, much slower. Playing Ford Racing is like watching Olympic race walking. You keep expecting things to speed up, but it never does.

When I note that the performance of these cars is accurately modeled, I mean it. 0-60mph times in under 30 seconds in the Ka, and the body roll! Oh! The body roll! Where else can you drive a car with serious handling problems? The Escort turns out around .75g on the skidpad (sports cars typically perform in the mid .90s). Wipee! I especially enjoyed the 50-foot turning radius! Car and Driver covered the Escort in an article subtitled "Five Cars to Help You Get In Touch with Your Feminine Side." Just what I'm looking for in a game - a drive around the block in my wife's car. And what's the first car you win? The Ford Fiesta! Just what I always wanted! Only the truly masochistic would endure the career gyrations necessary to earn the Ford GT90.

Though many of these models are successful as race vehicles, nothing in this game would convince me these cars have any more umph than a stock base-model. Furthermore, just as racing a go-kart at 30mph can be a great thrill in real life but a bore on a computer, racing a Fiesta on a computer is something of a bore.

Though the audio experience of racing games rarely achieves greatness, I have finally found a unique sonic experience in Ford Racing. For best results, completely disconnect your speakers. Your imagination is much more effective than the sound designers at Elite. Where you might expect a four-banger to produce a high-pitched whine, nothing prepared me for the sound of a rotary tool. Nor did I expect the same high-pitched whine when my RPMs moved from 6,000 to 10,000 - no change in tone, just the same monotonous whine (hence the word, mono-tone-ous, meaning one tone).

Occasionally, the atmospheric sound changes dramatically. This means one of four things: 1) you are approaching a pack of cars; 2-4) something else is going on that you won't be able to figure out - but there are definitely four situations where the sound changes. Sound could change when you are being overtaken by a pack of cars, but without a rear-view mirror (egad - they left that out as well!) I never could tell.

In fact, all the changing sound, annoying whines and droll music is best left out completely. Turn off the speakers and put in some Sammy Hagar - "I Can't Drive 55" - woops. In the Ka, that's about all you get!

No car damage. You can bump and grind your opposition to your heart's desire, yet no visual damage ever appears. Nor does functional damage degrade the performance of your car. Purely arcade. I read in an interview with the game's producer that this was a design decision, not a licensing limitation. Hey, good choice. Why make any concessions to realism when you can't even get the sound right.

I also found it interesting that shifting from 4th to 5th resulted in an RPM difference of only 400. That's awfully short. Especially when the Ka is geared to go no faster than 100mph. Since the RPMs redline at 10,000 then you get 1600 rpm per gear. That's nowhere near the 400 rpm per gear of the game. But that does explain why the engine sounds don't change when it switches gears... (all together now) for you. Keep it in automatic.

The game shipped in late beta form. This means the product you purchase is not really the product Elite intended. They want you to download a patch later. Multiplayer gaming via LAN/Internet will be included as a patch. For now, split screen racing is the only option. Elite admits this. While I applaud Elite for such honesty, I'd rather have multiplayer out of the box. Something every other racing title seems to have no difficulty achieving, but is beyond Elite's vision for this product.

Since the introduction of force feedback wheels, almost every racing game has included this necessary feature. Leave it to Ford Racing to finally do force feedback the wrong way. Do not play this game with force feedback enabled. It will only distract you. Elite included force feedback as a novelty item. Force feedback support is limited to collisions (which sound like a spring - spriong!). For some unknown reason (incompetence, laziness or general distrust of technology), force feedback is not used to convey a sense of the road or handling. When the body of your Fiesta begins rolling to the left like a yacht in a hurricane, don't expect to feel it through your wheel. But do expect a wrist-breaking jolt when you barely nick the mirror of another car.

A Waste of Time

By now you have spent more time reading this review than the few minutes of fun Ford Racing delivers. I strongly recommend Empire Interactive change the name to Test Drive: Ford Family Cars. No matter how good the graphics, everything else falls apart within minutes of play. Small wonder that Empire doesn't include this title on its web site. I'd be embarrassed as well. 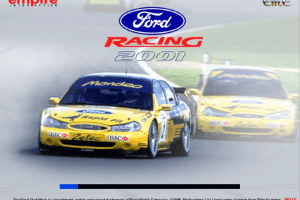 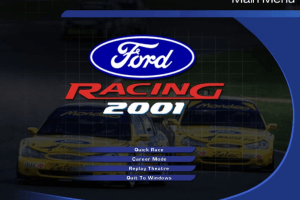 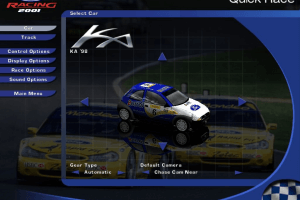 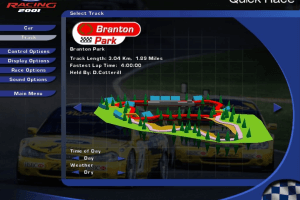 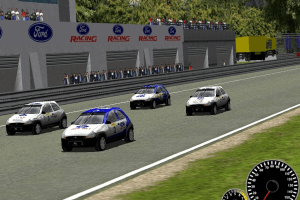 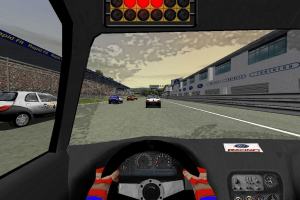 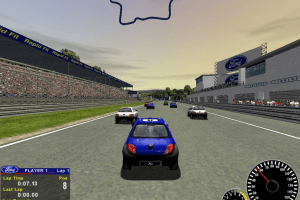 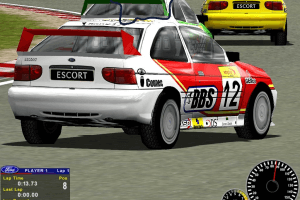 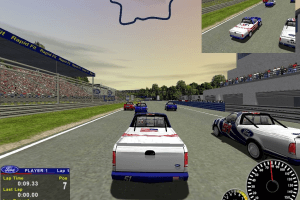 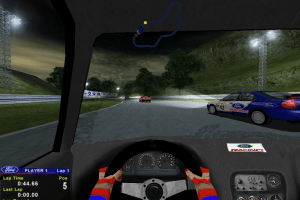 I couldnt find crack in download. is there another way ?

I did not play an interesting game like this!!

Oh, I remember this game. From a Best-Buy CD, made by xPlosiv or something... It installed a virus on my family computer. Yeah, from a store-bought CD! Beware of this. The game isn't worth the risk.

Share your gamer memories, help others to run the game or comment anything you'd like. If you have trouble to run Ford Racing (Windows), read the abandonware guide first! 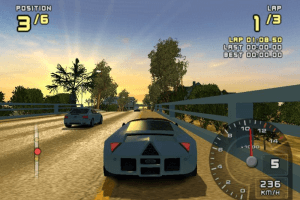 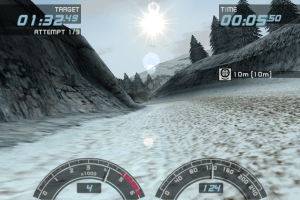 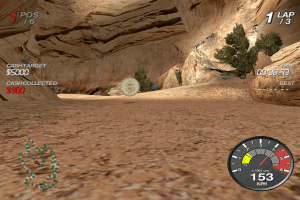 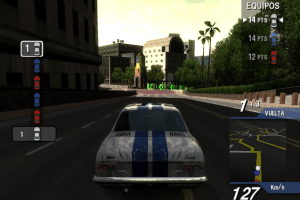 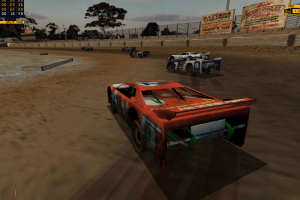