I recently contributed a review on ABC Monday Night Football 98) and praised it for its superb gameplay and respectable AI but bugged it for its less than convincing graphics. Then I went on to write about my favourite game this season, NHL Powerplay 98, and again I could praise the gameplay and complain about the graphics. And here I am writing about NBA Action 98 and, basically, it's the same story all over again. Great, great gameplay with subpar graphics. That said the main job of a review consists in judging whether or not graphics hinder the gameplay and whether or not the gameplay itself is sufficiently good to compensate for the less convincing looks and sounds of a game.

This game's first star is... the NBA

This is a basketball action-sim game which brings all NBA teams and 340 stars to your computer - and wouldn't you guess? Air Jordan is not in the game: he is #98, while Rodman is inside, with a changing hair colour, of course. You can either play a season, directly proceed to the playoffs or, a nice chip-in, start a practice session during which you and a fellow team member are alone on the court. People looking for a career mode will have to look elsewhere. Trades, however, are possible and have correct rosters from October 1st, 1997. You may know that I don't care too much about the lack of multi-player support, but in the days of the internet frenzy it may certainly be a risk to design a game without any support of serial connection, modem or some network protocol. All you can do is multi-player by multi-controller with a Gravis Grip or similar device.

Where is the 3d hardware acceleration?

The game itself is played on the standard NBA like court and looks like a cross between the 96 and 97 editions of NBA Live, which is good enough for the time before the invasion of the 3d hardware. The graphics are usable and if you don't have a 3dfx card to enjoy the full beauty of NBA Live 98 you may be very happy with the graphics of this game. The graphics allow slower machines, albeit, you will have to reduce details on anything below a fast P166 system, and owners of P90 systems will have to cope with 320x200. The power machines may have the ability to improve the resolution; what these P200 systems can't improve is the quality of the video cutscenes and the logos- and they look very, very dated. If this game had appeared for the holiday season in 1995 I would have said: well done. NBA Action is certainly nothing for those who look for games to make the best use of their latest 3d accelerator, thus, it may suffer a bit on the current 3D-Christmas oriented market.

Here is my judgement: however poor the graphics may be, they do not hinder the gameplay because from far away the player polygons are acceptable even if the crowd looks weird. It's kind of ironic that NBA Action 98 features instant replays from up-close. This is something Sega should have avoided, because these slow-motion replays reveal the weakness of the graphics better than anything else. To say these players look like aliens would be a compliment. They look plain awful. However, graphics have two aspects. To look at awfully pixelated monsters is one thing, but how they move around on the court is another. And surprisingly enough, the player animations in this game are very well done. Players run like humans (those aliens are getting pretty scary lately with their human disguises. Ed), they turn nicely, make beautiful back passes and slam dunks and best of all, these players have the moves to play defense. Actually, with this kind of animations defense can even be fun. That's motion capturing at its best because it really supports the gameplay and adds to the realistic feel of this game. Compared to these animations, most other sportsgames - yes, inluding those by Electronic Arts - will draw the short straw. This sort of compensates for the poor look of the graphics. If we could just convince Sega to bring us a 3d patch! 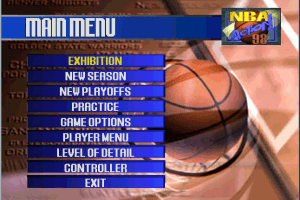 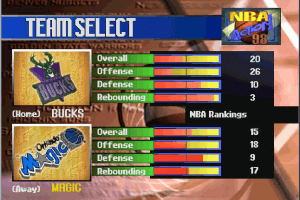 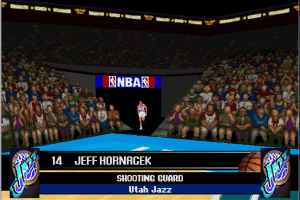 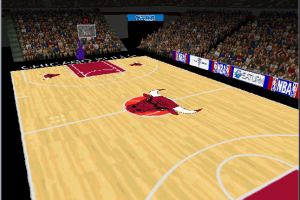 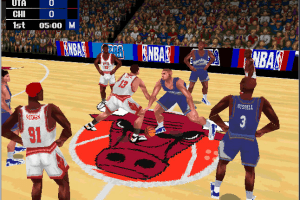 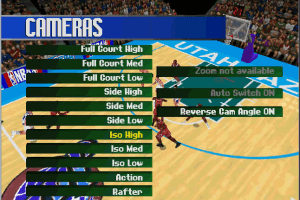 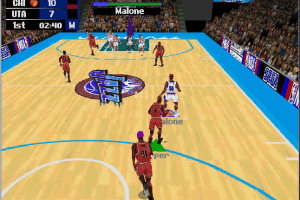 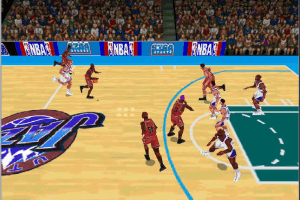 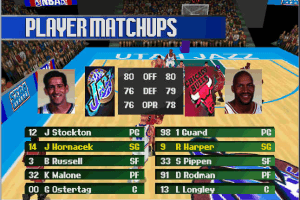 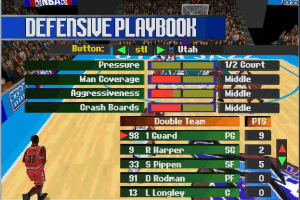 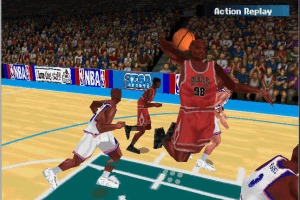 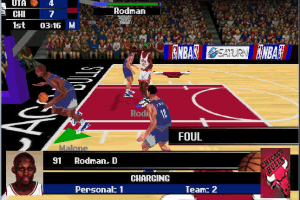 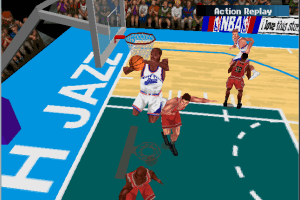 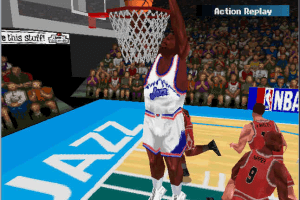 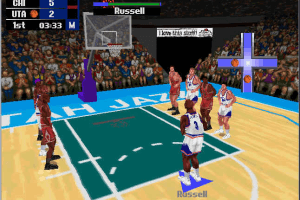 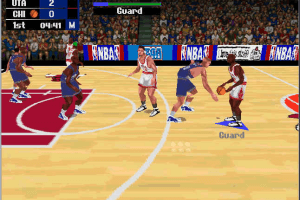 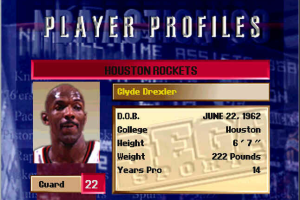 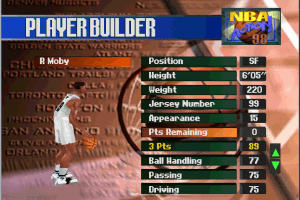 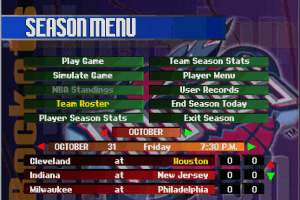 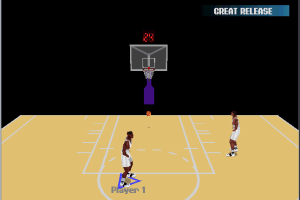 Share your gamer memories, help others to run the game or comment anything you'd like. If you have trouble to run NBA Action 98 (Windows), read the abandonware guide first! 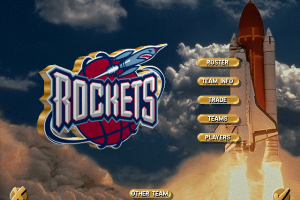 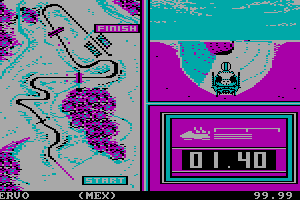