Obliterator is a fun early side-scrolling platformer from Psygnosis that is notable for being the first Psygnosis game to include music (although the PC speakers, naturally, pale in comparison to Commodore 64 version).

This sci-fi platformer features huge, highly levels, and great graphics that unfortunately looks better than it plays. Your task is basically to run along the corridors of a dying spaceship, looking for spare parts with which to fix your shuttle (and thus escape) while taking on hordes of impressive-looking but hardly-animated-at-all aliens.

An unusual icon-controlled control system works well, but gameplay is quite repetitive, and doesn't rise above the typical shoot-everything-in-sight fare that action fans have seen all too many times. 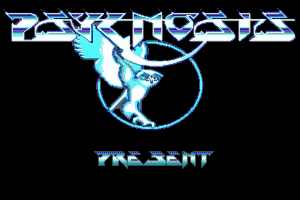 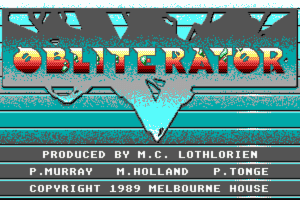 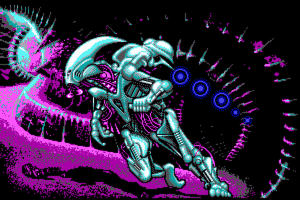 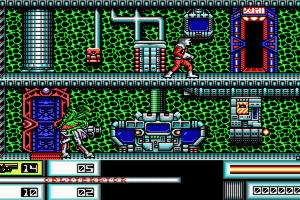 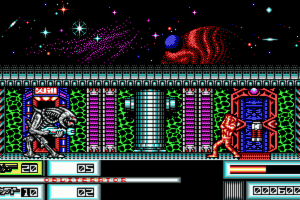 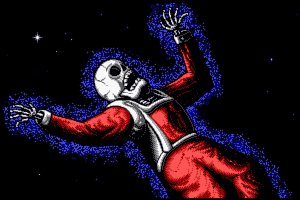 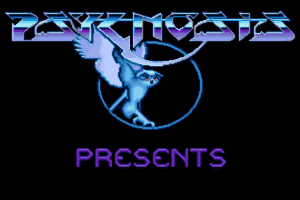 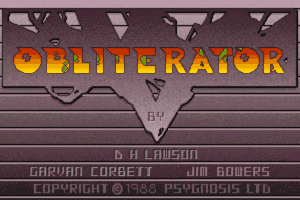 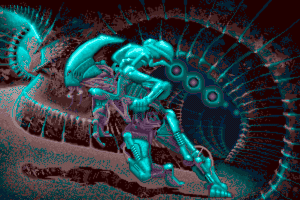 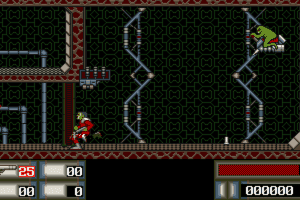 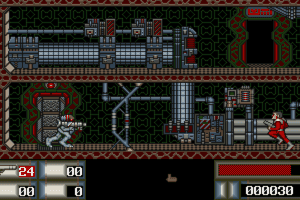 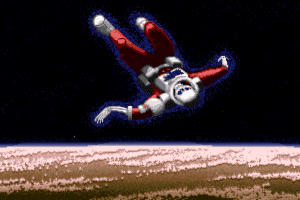 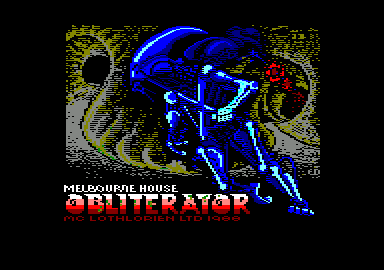 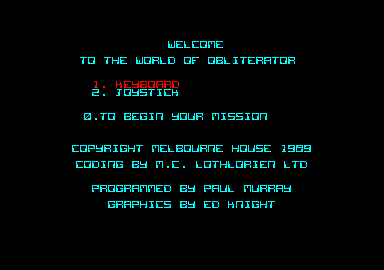 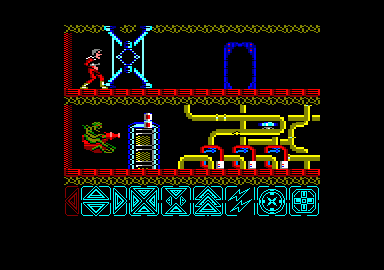 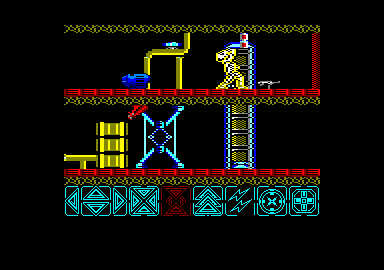 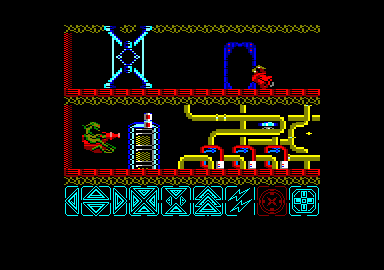 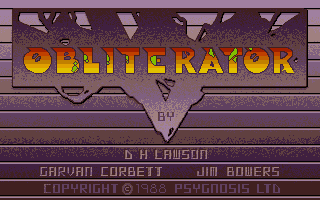 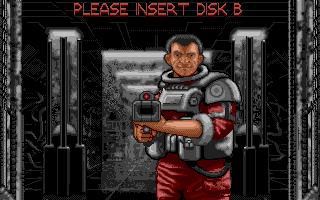 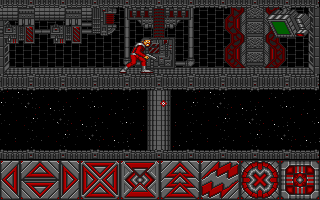 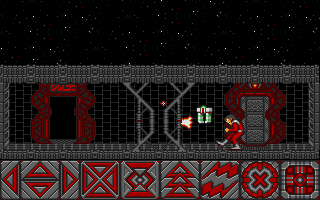 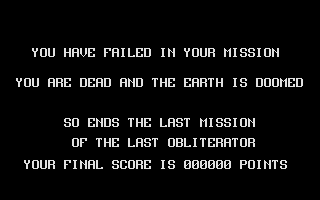 Great EGA graphics for its time but monotonous after a while.
It could be the predecessor of Duke Nukem 1 & 2 and Bio Menace ;-)
Destressing that the later games hasn't better graphics (VGA) but they are more diversified.

This game was ridiculously hard, because of the very stupid controls.

Share your gamer memories, help others to run the game or comment anything you'd like. If you have trouble to run Obliterator, read the abandonware guide first! 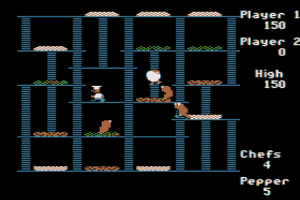 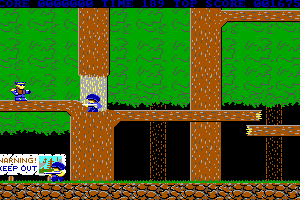 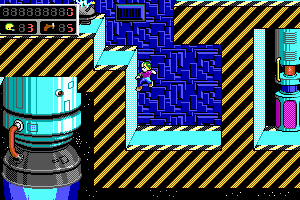 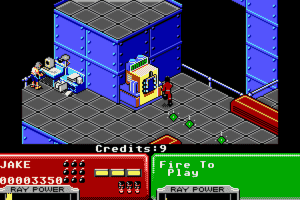 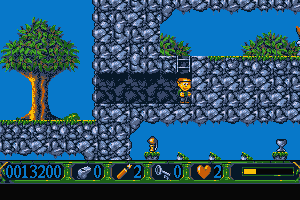