Last and probably best in a short-lived line of low-budget flight sims from COSMI, War Eagles is a decent action-oriented sim set in World War 1. You can choose to play as either a British, or a German pilot. On the British side, you have a choice of 5 missions: patrol, escort, balloon busting, one-against-many dogfight (aptly named "The Hornet's Nest"), and single combat. There are also 5 missions on the German side that are basically mirror image of the British missions (e.g. balloon defense instead of balloon busting, and so on). Missions vary greatly in fun factor. The balloon mission, where you try to shoot down or defend a large floating zeppelin, is a lot of fun. Hornet's Nest is quite challenging for a beginner, although ace pilots will quickly take advantage of the game's nonexistent WW1 fighter flight dynamics to dispose of enemy planes.

Overall, War Eagles is a pleasant diversion that lasts a bit longer than COSMI's earlier Super Huey due to the addition of high score and kill records, although emphasis on action and lack of career mode still make it at best a short, beer-and-pretzel sim. 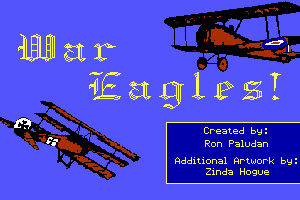 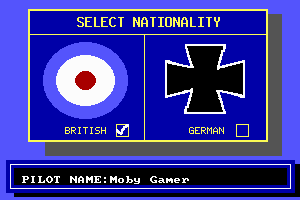 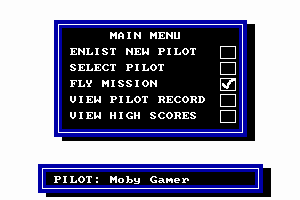 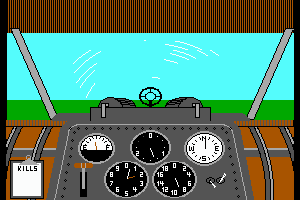 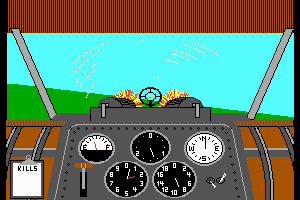 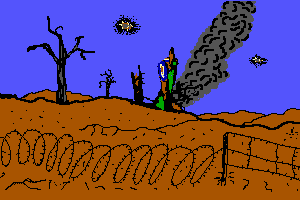 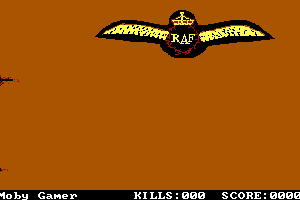 I remember me and my friends were really competive with this game, setting the difficulty halfway, and seeing who could get the most kills. We never made it pass 20 kills. Wish I could figure out the best dosbox speed for it.

Share your gamer memories, help others to run the game or comment anything you'd like. If you have trouble to run War Eagles, read the abandonware guide first!