One of the earliest flight sim classics from MicroProse, Hellcat Ace was designed by Sid Meier for Atari and converted to PC by R. Donald Awalt. Digital Antic stores David Plotkin's excellent review of the Atari original that applies to PC as well:

"Hellcat Ace is an air-combat simulator, set in the Pactfic theatre during World War II. You are the pilot of a Hellcat fighter, the U.S. Navy's best carrier-based fighter through most of the war. Your opponents are Japanese aircraft, both fighters and bombers. Through the front cockpit window you can see the sky and ocean. Below the cockpit view is a full instrument panel showing altitude, engine power, fuel, and rounds of ammunition remaining. A rear view mirror is also provided so that you can tell when your enemy is on your tail.

As Hellcat begins, you are given a choice from about twenty scenarios of famous Pacific battles. Such events as Wake Island, Midway, Leyte Gulf, and the Marianas' "Turkey Shoot" are included. Once you pick a scenario, you will be faced with that screen first, and if you survive it, move on to the next one. You can then pick the level of difficulty as well as choose to face one or two enemy aircraft. Shooting down the enemy aircraft ends the scenario, increases your score and number of "kills", and moves you on to the next screen. A brief description of your mission comes up on the monitor before the next screen begins. Allowing enemy aircraft to shoot you down ends the game, although you have a chance to ditch your aircraft or bail out. Your Hellcat fighter is controlled using a joystick plugged into slot 1. If you plug a joystick into slot 2, it controls the throttle (power) to the engine.

The simulator flies very well, turning and banking realistically. As you bank the plane left and right, the sky/ocean interface tilts, just as it would in a real aircraft. Pulling back on the stick causes the plane to climb, and pushing the stick forward causes the plane to dive. Aircraft velocity is also handled well. The plane gains speed as the altimeter unwinds in a dive, and you can "stall" your plane if you try to climb too steeply with too little engine power. A stall (fast loss in altitude and drop of the nose with resulting increase in speed) can be a good way to shake an enemy fighter from your tail.

Fancy aerobatics are easily done; loops, barrel rolls, split "S" and Immelman turns are all possible and described in the instruction manual. The fire button on the joystick plugged into slot 1 fires short bursts from your wing-mounted machine guns. Although there is a gunsight cursor, the instructions warn you that this is a manual gunsight, so you must correct for the effects of gravity, plane velocity, etc. You do get the feel of how to aim after awhile, but be prepared to waste a lot of ammunition at first. Multiple hits on the enemy aircraft are necessary to destroy it, and the number of hits required increases at the higher skill levels.

The enemy aircraft may turn and attack you, generally from a head-on direction, although if he stays on your tail long enough he can also shoot you down from behind. If you are hit, you hear some loud bangs, the screen flickers, and then you spin. Better luck next time! The instructions say you can bail out by pressing the fire button on the throttle joystick, but I've never succeeded. The enemy aircraft are single-color players, which change size and shape with their distance and orientation. It can be difficult to determine the enemy's intentions at long range due to the lack of color and definition of the enemy aircraft. It can also be difficult to tell that the enemy is firing at you until it is too late. While I suppose that this situation may simulate real life, I think an enhancement in the graphics of the enemy aircraft would improve this game. For instance, the successful destruction of the enemy aircraft is somewhat anticlimatic. Rather than a brilliant explosion or spinning off the screen, the aircraft simply disappears with a bang, leaving behind a few bits of debris.

All in all, Hellcat Ace is an effective flight / combat simulator, responding smoothly to the joystick, and with enough varying difficulty to interest both and novice and the professional pilot (it was play tested by members of an Air National Guard Wing). While the graphics could be improved, the playability of the game is not harmed by this, and I recommend it to those of you with dreams of glory and the big blue yonder."

How to play Hellcat Ace

PC Booter game, follow the instructions in the How To Play page. 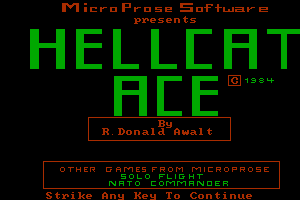 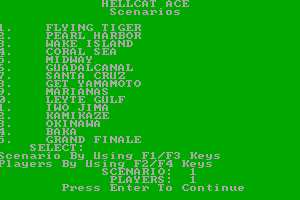 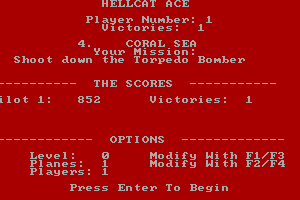 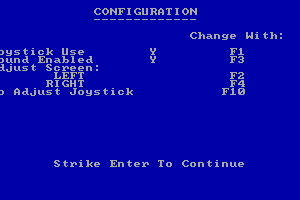 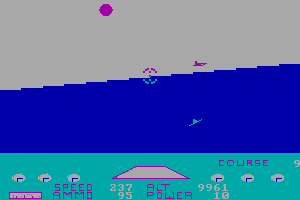 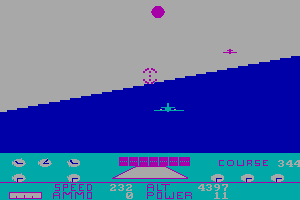 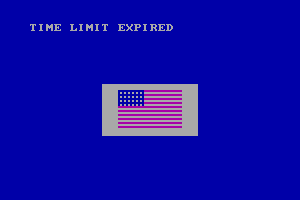 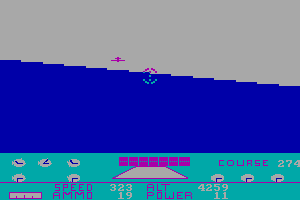 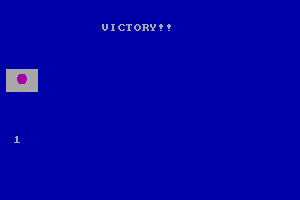 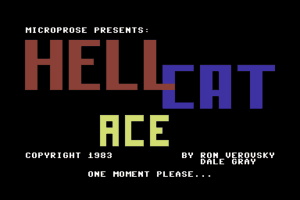 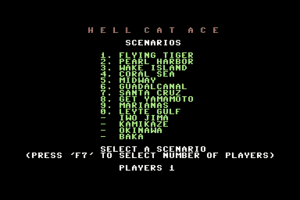 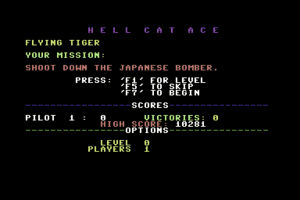 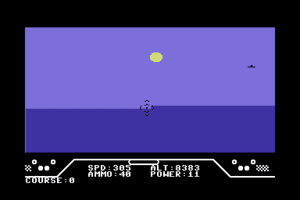 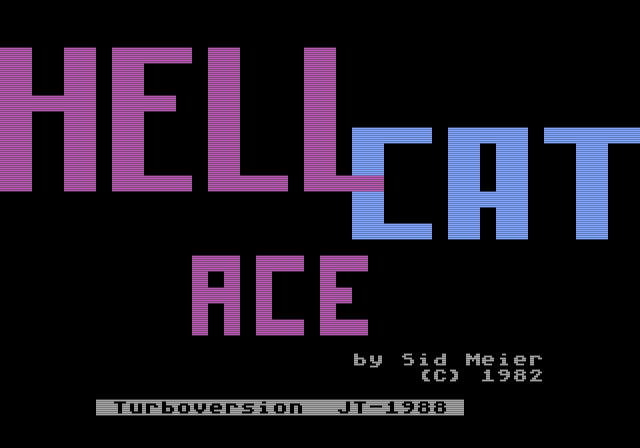 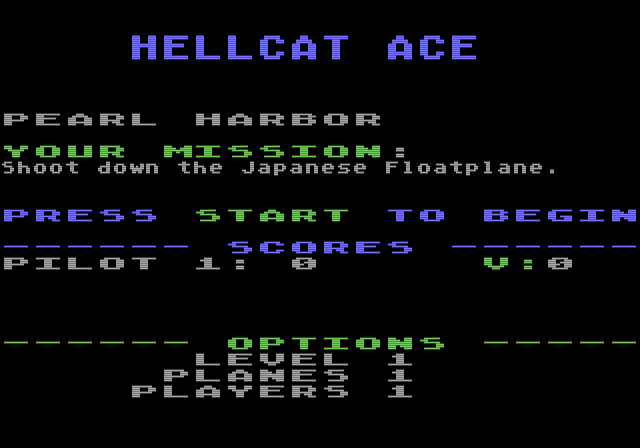 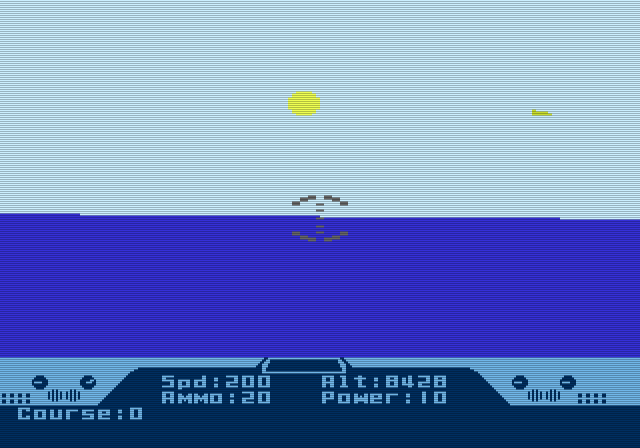 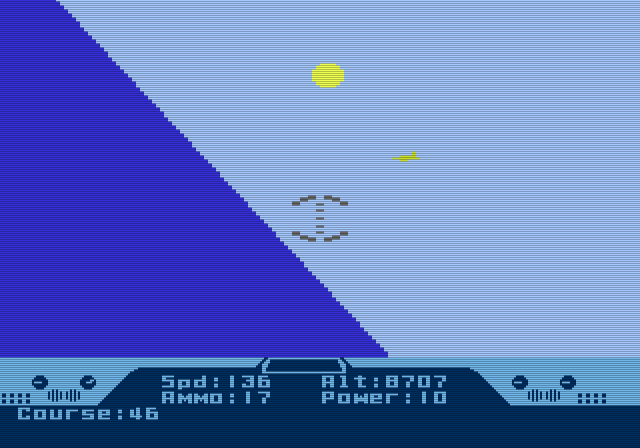 Now added, it's PC Booter game, you will have to use the boot command in DOSBox. Check the How To Play page.

I played this all the time on my c64 a zillion years ago. Hopefully it will appear here soon.

Share your gamer memories, help others to run the game or comment anything you'd like. If you have trouble to run Hellcat Ace, read the abandonware guide first! 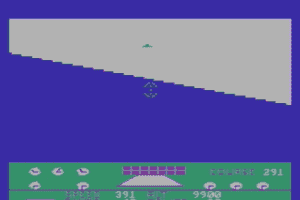