Angelsoft's second game based on everyone's favorite spy movie follows the plot much more closely than James Bond: A View to A Kill.

Goldfinger follows the plot of the third James Bond adventure: this time, the dangerously suave spy's objective is to terminate criminal capitalist Auric Goldfinger (and his assistants Pussy Galore and Oddjob) and foil his plan to contaminate Fort Knox's gold with atomic radiation, a strategy that would dramatically increase the value of Goldfinger's own hoard.

Gameplay is similar to A View to A Kill, full of action sequences that must be solved in split-seconds, although Angelsoft's awkward parser still subjects the player to the guess-the-verb-the-designer-wants problem. Most puzzles will prove very easy to fans of the movie, although anyone who has never seen it (perhaps anyone who's lived in caves for the past 20 years) will find them challenging due to the lack of clues. (The laser-moving-up-between-his-legs scene is a case in point).

Overall, excellent writing and faithful reproduction of the movie's plot makes this one of the best Bond games ever made. Perfect for fans of the series, and well worth a play-through for all IF fans. Thumbs up! 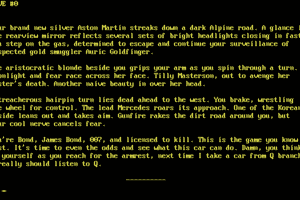 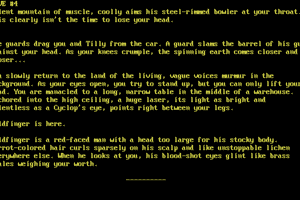 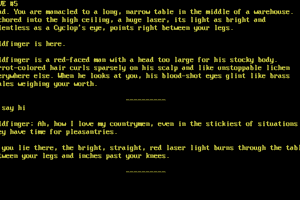 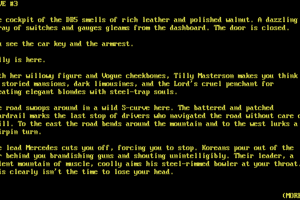 I texted your mom ;)

Share your gamer memories, help others to run the game or comment anything you'd like. If you have trouble to run James Bond 007: Goldfinger, read the abandonware guide first! 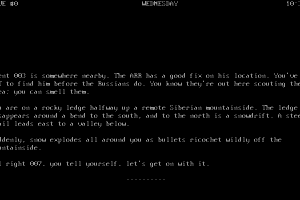 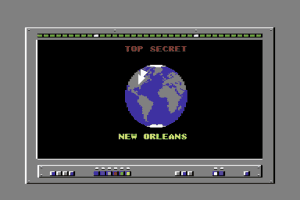 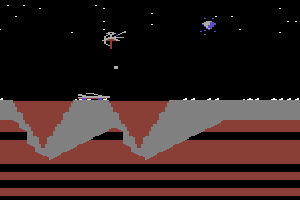