Giant mech battle games are all the rage these days. From Mech Warrior to Krazy Ivan, there’s nothing like climbing into a giant robot and kicking some metal butt. After all, Ripley sure seemed to be having a good time at the end of the movie Aliens in that big ole mech suit.

Krazy Ivan has taken the mech suite theme and altered it slightly. Instead of fighting in open terrain against an army of mechs, you’re placed in an arena for single combat, which makes it something of a mech brawler. In between the combat arenas, you get harassed by other war machines en route to your next battle. Once all the enemies in each stage have been vanquished, you destroy the enemy generator and free the sector.

The game is incredibly well animated, and every stage is half blanketed in fog, which initially looks cool, but really only serves to hide the draw-in. And while the stages are set all over the world, they’re all laid out relatively the same. The one-player mode is easily beat in just a few hours, but the two-player mode, which supports the link cable, can be very entertaining.

In the end, Krazy Ivan is a good, solid game. It’s just a little too short. 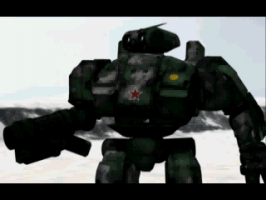 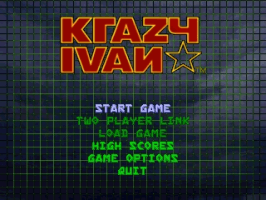 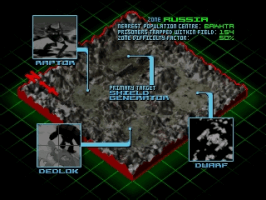 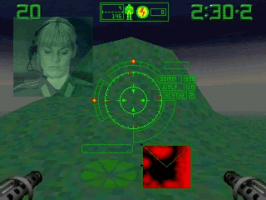 I got to connect for two player link, which is awesome. But it's very unstable. Maybe there's a tweak that can help, if anyone has found a workaround. Once the game starts one of the players game is ended. The other player sees a message that player 2's link was lost.

Hey GERRK. There's a fix in this page, Below in the downloads. Give it a try.

Hey GERRK, We found a simple solution that works natively (no emulation, virtualization or patching required) and we'll be posting a short video in our youtube channel soon. Here's the link to our channel, https://www.youtube.com/channel/UCQs2MXsmg_iJNc_Rpoj7Nyg. Subscribe and you'll get a notification when the video tutorial is ready. I came up with this fix in 2017. A few days ago I was telling our channel boss that it would be a good idea to publish a small tutorial on this subject. Krazy Ivan deserves to be played in Windows 10. Hang in there, help is coming.

Love this game! huge rush of nostalgia seeing it here, but i can't get it running in win 10. tried compatability modes and no dice, says that it cannot run on 64 bit systems. anyone know of a workaround ather than sourcing an old xp/98 machine?

Share your gamer memories, help others to run the game or comment anything you'd like. If you have trouble to run Krazy Ivan (Windows), read the abandonware guide first!