Back to the Track

Somewhat inexplicably, kart racing games have been some of the hottest sellers for the console market over the past couple of years. Nintendo titles like Super Mario Kart and Diddy Kong Racing have been smash hits amongst the younger crowd. Smart, fast gameplay and catchy characters have turned this type of game into a veritable sub-genre. By the end of last year, games of this ilk could be found on every platform.

Well, except for the PC. Computer game developers found it hard to capitalize on this trend because the entire nature of kiddie kart racing was anathema to computer gamers. Yes, as hard as it is to believe, apparently most computer game fanatics aren't interested in seeing a big ape driving a little car. Enter Open Kart, a compromise of sorts from Microids that embraces the karts and dumps the cartoony elements in favor of a more serious approach. In place of portly Italian stereotypes, big gorillas, and cute little dragons, Open Kart features authentic karts with components that wear out, a full career mode, and the official license of the Federation Francaise du Sport Automobile (FFSA). Think of this as your typical PC NASCAR game, only without the NASCARs.

Unfortunately, you can also think of playing it as an experience that rates right up there on the scale of lifetime thrills with eating dry toast. Cold. For although Open Kart aspires to simulation-hood, it is just about as convincing as the aforementioned Super Mario Kart in terms of making you feel like you're actually driving a kart. The driving model is the biggest culprit here. All of the karts handle like they have been glued to the track surface, simply moving back and forth from one shoulder or wall to the other whether you're playing in Arcade or the supposedly more realistic Career mode. Spinning out is virtually impossible. Try to pull off the most ridiculous stunts you can come up with and you'll be presented with just a little slipping and sliding. The overall effect is of the track moving around and past your horizontally-locked vehicle, much like that seen in archaic arcade games like Pole Position.

This problem is further exacerbated by limited camera angles that don't feature a cockpit view. You have a choice of either a first-person camera apparently stuck to your front bumper or a third-person camera hovering just behind and above your kart. Neither are well-suited for the driving at hand, since virtually all of the action takes place on courses that are constructed of nothing but hairpin turns blocked from view by walls, hills, stands, and even the stalls of an open-air Asian market. These fantasy tracks from around the world are more like novelties from one of Open Kart's kiddie-oriented cousins than representations of the real thing. Courses in Canada, Egypt, Germany, and Asia give the game a bit of an international flavor, though that's all they do to further the air of realism that the designers were so obviously pushing for. At any rate, you'll certainly forget that the game is supposed to be modeling the real professional kart circuit the very first time you rip past an Egyptian pyramid.

These fanciful settings are fairly well-drawn, however. Each course is distinctive and believable, whether it's placed near the Swiss Alps or in the middle of an old Canadian city. Driver animations are also very nice, particularly the way that their heads snap back when bumped from behind. Karts themselves look good at the beginning of each race and maintain this pristine quality until the end due to the lack of a visible damage model. You do pay a real price for this beauty, as the graphical engine is a real hog. Everything is nice and smooth when you're alone on the track, but throw in just one opposing vehicle and the frame rate drops through the floor. I was forced to drop to a slightly grainy 800x600 to get things moving properly at all times, and even then there were occasional issues with stuttering and slowdown.

Open Kart's lone saving grace is a Career mode that functions a lot like that seen in Ratbag's entertaining Dirt Track Racing titles. Setting up a driver and a kart, you take to the track on professional and amateur circuits set up in 100, 125, and 250cc categories. As you progress through qualifying heats and races, you have to deal with wear and tear on equipment, the vagaries of sponsors and the much-needed cash that they offer to the best drivers, and the need to tinker with parts in order to get every little bit of power our of your machine. Once again, though, there are problems here. Most notably, prize money doesn't keep pace with the cost of repairs and upgrades. Front tires need to be replaced at the conclusion of almost every race, a pricey expense when you consider that you can bank no more than $400 for winning the early events. Even if you win every race, you'll still barely break even after new tires and essential repairs have been accounted for.

Still, these options are all pretty interesting... though no doubt they would be a hell of a lot more interesting if they were attached to a better core game. The limitations there make it hard to stomach career play for much more than a few races. Most will retreat to the gaming modes that require less commitment--such as single-race Arcade play, Time Attack (where you compete against a ghost car representing your best lap time), and online or LAN multiplayer with up to seven competitors--or simply look for something else to play entirely. Which is actually pretty good advice, if you haven't already picked up Open Kart. Those fortunate enough to have not parted with the $30 required to purchase this game are highly advised to save it for something more worthy, perhaps a trip to your local go-kart course if you're really in the mood for this sort of thing. 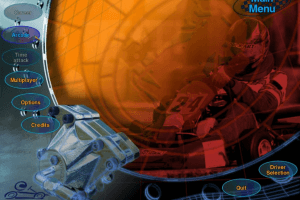 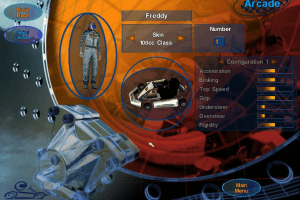 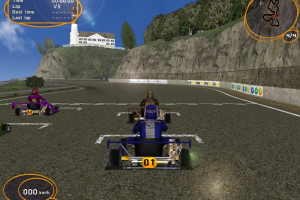 Share your gamer memories, help others to run the game or comment anything you'd like. If you have trouble to run Open Kart (Windows), read the abandonware guide first! 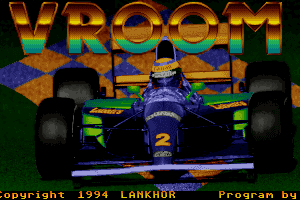 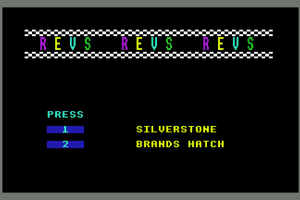 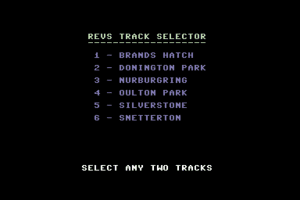 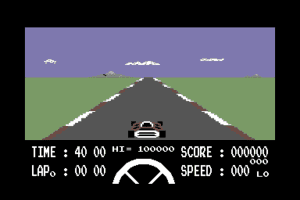 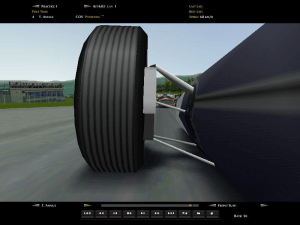 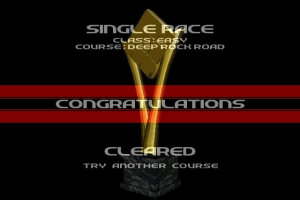