Spider-Man follows The Hulk as the second instalment in the Questprobe link-up between Marvel Comics and Scott Adams marketed in the UK by Adventure International. In keeping with the theme, the background to the adventure and the loading instructions are contained within a comic which features a long comic strip episode entitled 'Mysterio times two!', which is a fun read.

Spider-Man's assailant in this episode is the former Hollywood special effects designer Quentin Beck, otherwise known as Mysterio. He wields his power of hypnosis and illusion from behind a fishbowl helmet supplied with oxygen to isolate him from the thick gas emitted from his canisters which obscure Spider-Man's vision and spider senses.

When the game begins, we find that our hero has been captured, his mind stripped of everything he knows (a convenient excuse for us controlling him). Despite an okay plot, the game quickly degenerates into a tedious game of running errands for various characters ("Spider-Man the Errand Boy" would be an appropriate subtitle).

Although the solution to the encounters with these characters can be gleaned from the information in the manual's glossary, there are still several illogical puzzles that can only be solved by pure trial-and-error. The game is also logically inconsistent in parts: there are one or two locations which lead to an abrupt 'something stops me' message, but I never figured out what; and, despite superhuman senses, our hero falls and breaks his neck at one point.

Overall, Scott Adams' Spider-Man is a disappointing game that reduces the famous hero to pitiful pizza delivery boy. Stay away at all costs, unless you like boring puzzles, below-average writing, and stupid puzzles. 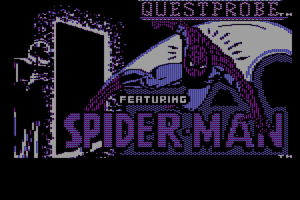 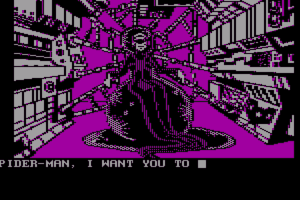 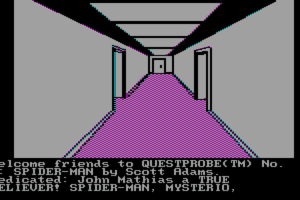 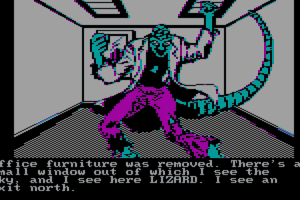 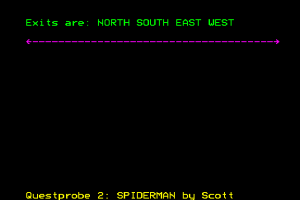 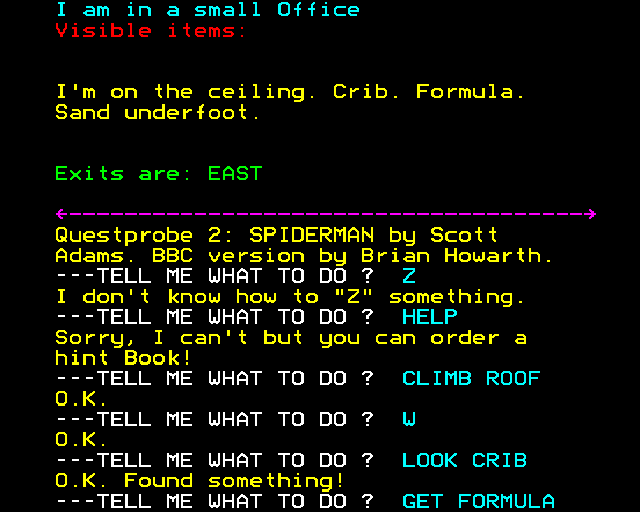 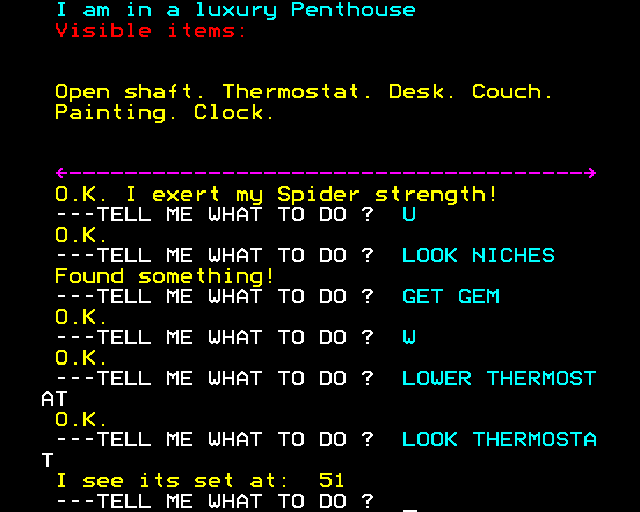 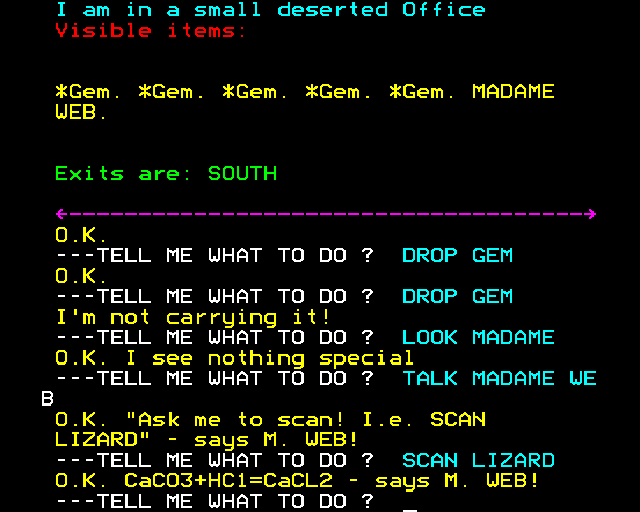 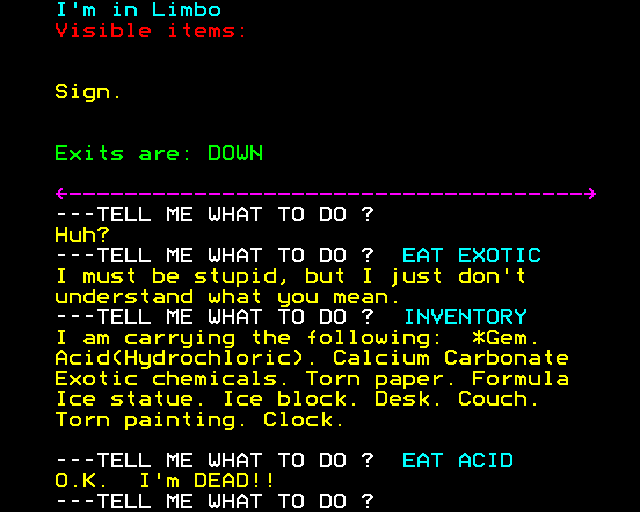 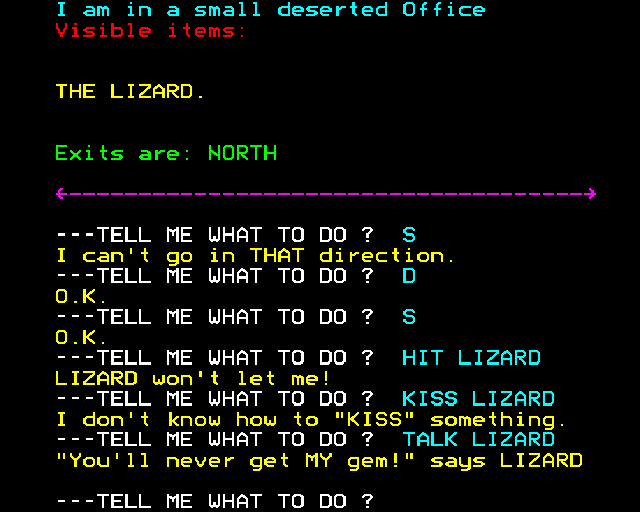 hi,
i have always wanted to try this game and I just got a laptop of my own to mess around with,
I thought I would finally give this game a go.
but after I run the program i get it asking if I want colored pictures or not and then it just says:
file not found in line 260

Any help/info would be appreciated
thanks in advanced!

I had this for Atari 8-Bit. The graphics were more colorful there. I love the pictures but the story is about as threadbare as you can possibly get and some of the puzzles are typical Scott Adams ridiculous.

Share your gamer memories, help others to run the game or comment anything you'd like. If you have trouble to run Spider-Man, read the abandonware guide first! 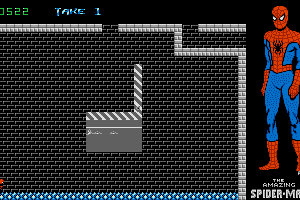 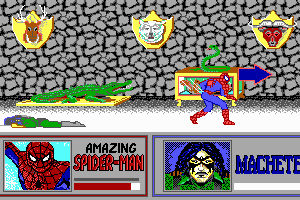 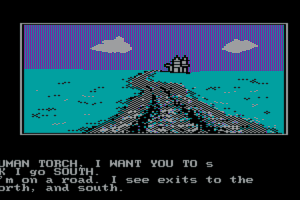