One of the earliest pioneers in computer gaming history, Battlezone is a solid PC port of one of the most celebrated games of all time. Battlezone is arguably the very first FPS (first-person shooter) game ever made, with revolutionary vector graphics that remains highly playable over a decade later.

Your objective in the game is simple: kill all enemy tanks in sight. You view the battle from a first-person perspective inside a tank. Battles are fought within a large valley surrounded by mountains and volcanoes. There are "pyramids" and "boxes" that can provide shelter. The Enemies include slow and fast "super" tanks and intelligent missiles. Flying saucers that do not attack periodically appear - shooting them down provides bonus points.

One of the best things about Battlezone is how incredibly immerse it is. Two elements that heighten the realism includes the radar screen at the top that displays enemy positions, as well as the frontal plastic viewfinder that helps you target enemy tanks. The playing field is large and seemingly endless, although I seem to be unable to reach the mountain range on the horizon, unlike the arcade version.

Battlezone is one of those rare gems that don't get old no matter how many years have passed. The game's vector-based graphics is smooth and has a feel of a "virtual reality" battlefield, so the suspension of disbelief remains intact. If you enjoy arcade games that are both challenging and timeless, Battlezone is a must-play.

Activision also did 2 remakes called Battlezone and Battlezone 2, so check those out too if you enjoy this Hall of Belated Fame inductee. 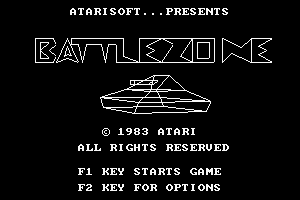 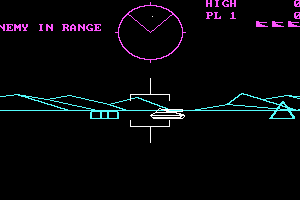 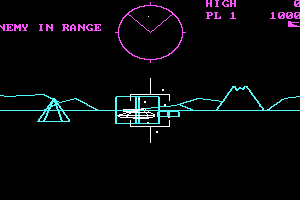 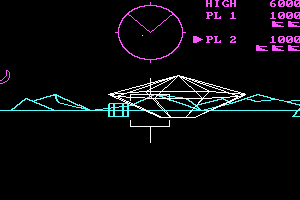 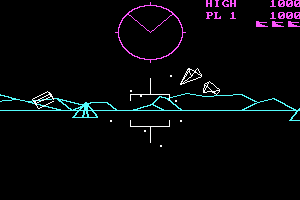 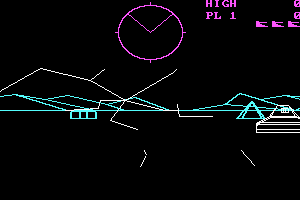 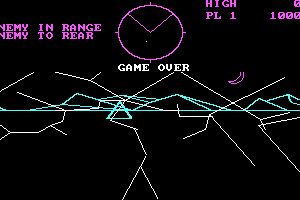 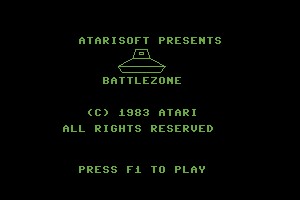 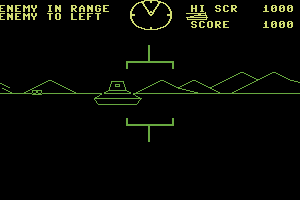 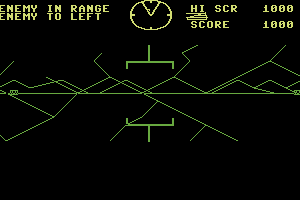 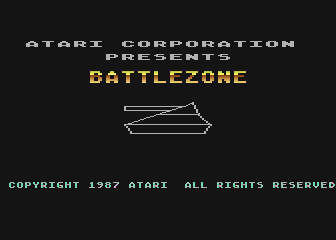 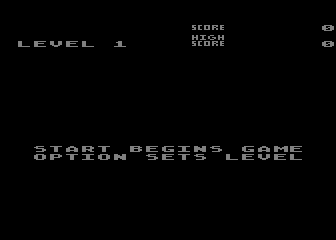 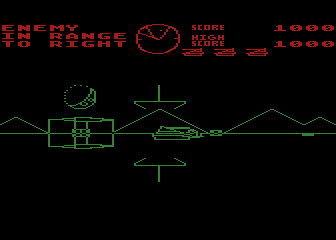 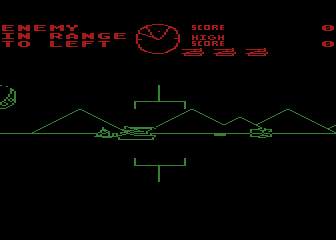 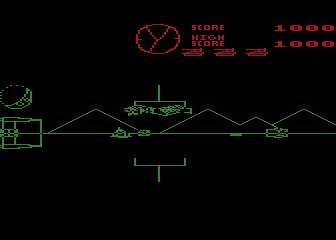 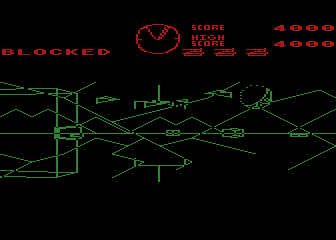 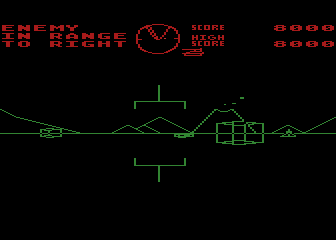 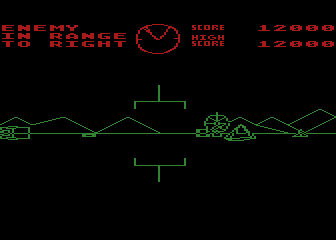 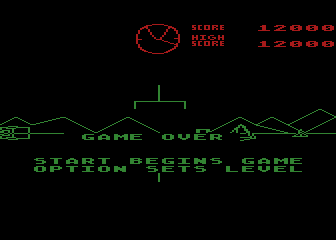 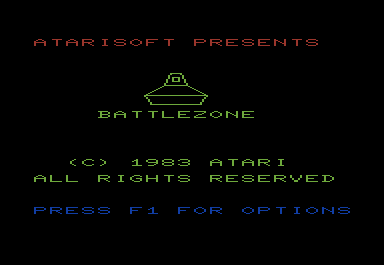 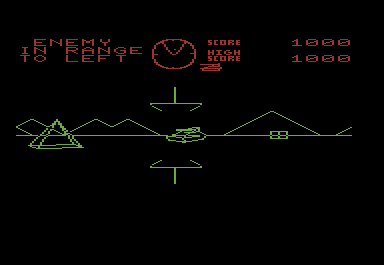 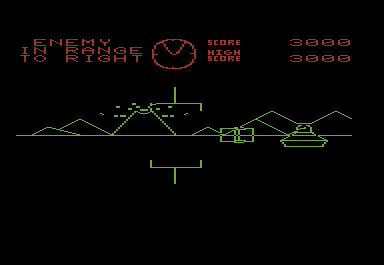 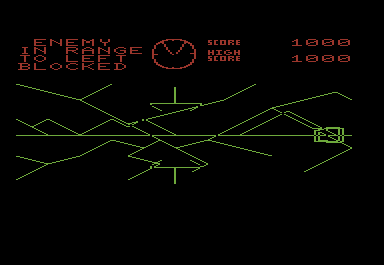 This is just like the Playstation 4 game Battlezone. It's made for the PSVR headset, wonderful game. You sit in the cockpit of this tank while you blow them all away. Difficulty increases the further in the map you go, and upgrades are available as well.

I can't control the tank's movement once it starts moving. I press the direction key one time and it goes crazy and it won't stop!

It was the unspoken assumption at the time that the tank scenes in the movie Tron were directly inspired by this game.

A true timeless classic game. I recall playing this in the arcade when arcades were a new thing and was thrilled at finding it for the C64.

Have win 10, 32 on a 64 (which will be changed soon - my bad) and I played it in firefox. I loved this game way back when....it was unplayable on my computer because it went way too fast. I would be blown up before I had a chance to get my bearings. It literally went 5 times faster than what it was supposed to go. Oh well, other games do work. I understand everything is still getting the bugs ironed out. This is why I tell you this so hopefully you can do something about this problem. I downloaded the game, so I will see if it works then. I don't think so, but I'm gonna try.

How do i turn the speed down? I don't see an option for it in the options menu, and i downloaded the dos version which only has a .bin and the application itself.

Do I need to mount the .bin to open it in order to adjust the speed?

Great game I love it

Fantastic game. I like this game. But even more so I like the new world of tanks game with 3d and real looking tanks: http://fwrd.pw/WOTs

Ok, I can't even get it to play. I've tried going through the instruction for d-fend however they make no sense, anyone?

Works pretty well if you turn the speed WAY down, but the Windows version was better.

Share your gamer memories, help others to run the game or comment anything you'd like. If you have trouble to run Battlezone, read the abandonware guide first! 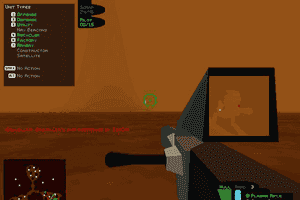 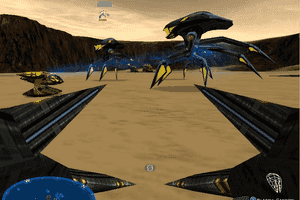 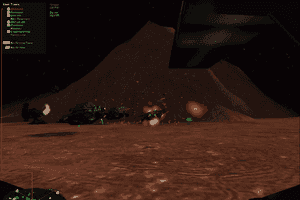 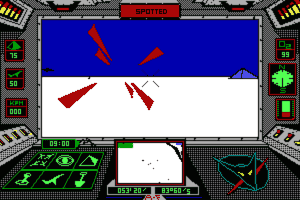